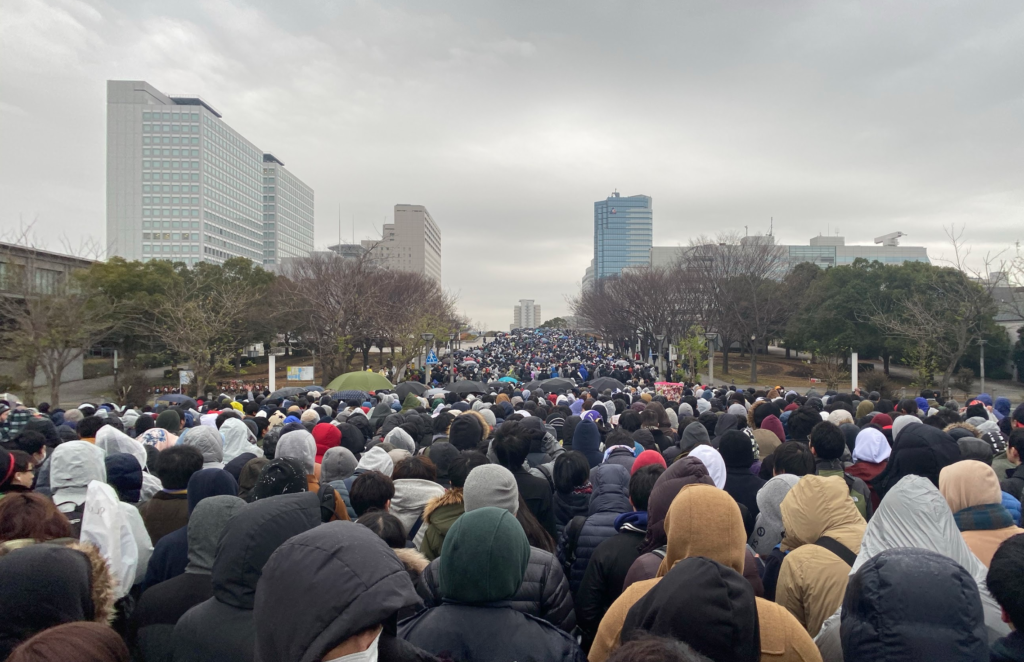 The second and third day of Comiket 97 certainly had us busy. With day two hitting home on the Comic Market’s most popular franchises and day three bringing us some of the most distinguished artists the community has to offer, these past two days have only seen things ramp up in terms of excitement. We weren’t the only ones looking forward to these days, however, with the crowds growing with the hype our favorite goods were harder to get than ever.

On day two games were king. The entire bottom of the west hall was almost exclusively Fate/ only for the top floor to be equally dominated by Kancolle, with a touch of Fire Emblem and Azur lane to be found in the far corners of each floor respectively. South hall was shared between many popular titles such as Granblue Fantasy and hosted fan content from more conventional games such as works by FromSoftware and Square Enix.

Without originally intending on purchasing much on day two, I personally assisted my friend in acquiring some artbooks for some folks who weren’t able to make it to the event. This meant resigning myself to Fate/ in the west hall. A franchise such as Fate/ at the height of its popularity is truly a sight to behold. Aisles upon aisles sorted by individual characters, each with their own group of fans. While practically all of the smaller circles tend to rely on their character(s) of choice to carry their booth, some of the better-known artists in the community made their success by selling compilation works.

Unfortunately, the exposure to Fate/ was too much and I ended up caving in and purchasing several books against my intentions. It’s difficult not to get swept away by all the excitement at times.

Day three was do-or-die. With some of the biggest circles manning the floors there was a whole lot we wanted to see in such little time. Between Trigger’s Cemetery Hills and CCMS riding the Promare wave, Saito Kengo’s ever-increasing popularity at Koneko Tank, Sushio, Atmosphere, Mago, Takafumi Hori, Yusuke Yoshigaki there was already too much to do just on one floor of south hall. This meant potentially missing out on what the west hall had to offer with the likes of Cogecha and Made in Abyss’ Akihito Tsukushi.

A series of unfortunate events

Here’s the timeline of what ended up happening. 7:00 get in the line; 10:00 doors open; 10:50 finally make it into the south hall; 10:55 find that the lines for Cemetery Hills and CCMS stretch all the way from south 4 down the entire south ramp and even begin to wrap around the building, decide to quickly visit other booths before committing to the line; 11:00 stop by Yusuke Yoshigaki and Takafumi Hori, both of whom didn’t have any lines forming at the time, success; 11:10 follow the Cemetery Hills line down to the bottom of the south ramp and get in line; 12:30 finally make it to the booth, secure both the new books; 12:35 catch my breath, first time sitting since the train ride. This is when things get a little rough…

12:40 line up for Saito Kengo, only to have his books sell out while in the line; 12:50 battle my way through the crowd to get to Mago on the other end of the hall, only to have her books sell out right in front of my eyes once again; 1:00 scout to see whether Sushio has any goods left, secure a poster which is the only item remaining in stock; 1:05 fatigued due to lack of food and sleep, decide to take an extended break and regroup.

The perils of hype

The problem with this approach is self-evident. By prioritizing Cemetery Hills, we had to sacrifice our chances of getting a lot of the other goods we were after. The constant lining up drained our energy to visit the remaining booths while they potentially still had stock left. Upon returning to the south hall after a rest, we found that Cemetery Hills still had both new books in stock despite the dwindling lines. This is when we decided to look around for the rest of our high priority booths, only to find that they had been ransacked. Between lining up for CCMS and finally making it to the booth, the last copy of Shigeto Koyama’s Detroit had been sold and the few remaining stickers were all cleaned up by the four fans in front of us.

The Spoils of War

Despite the hurdles along the way, our haul for days two and three of Comiket was nothing to scoff at. Here were some of our favorites.

While the wait was long, Cemetery Hills was more than worth it in our books. Dropping The Battle of GEEKBOAT ONE and the Hiroyuki Imaishi Art Book Number 20, let’s have a quick look at what went down at this Comiket’s most popular booths.

The Battle of GEEKBOAT ONE 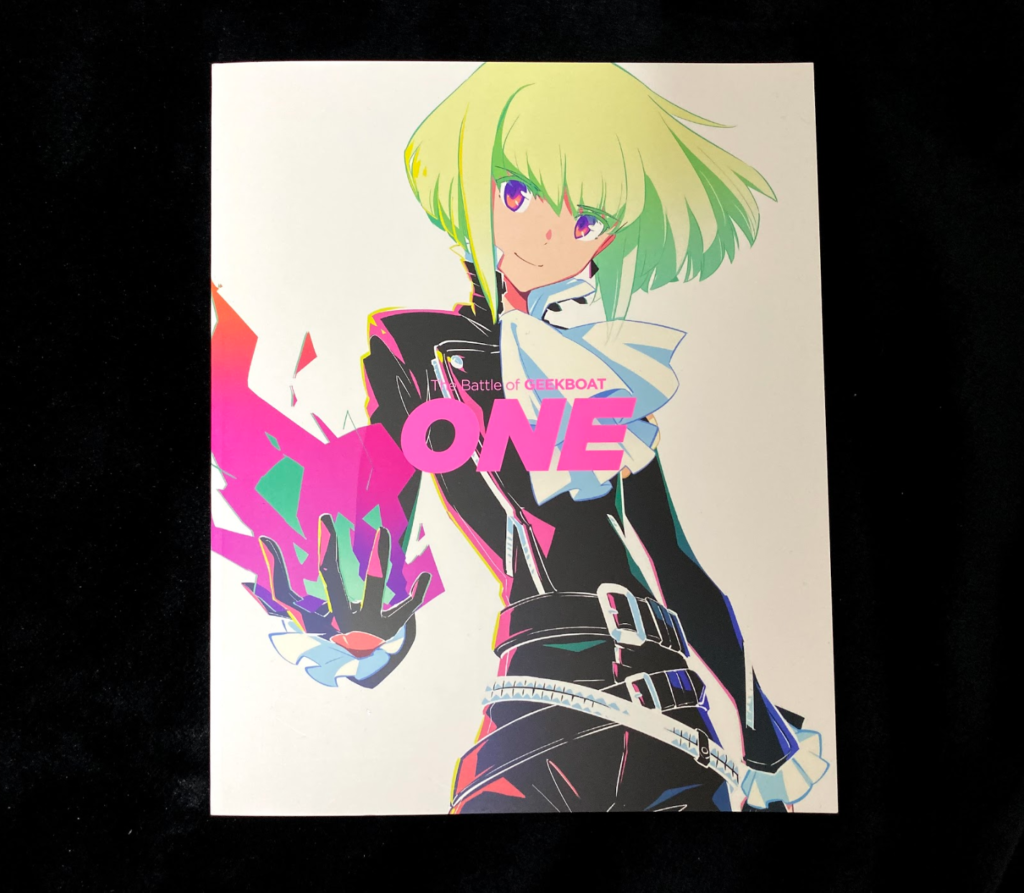 The Battle of GEEKBOAT ONE takes a look at various stages of concept drafting for Promare done by the members of GEEKBOAT. The book looks at three different iterations of the film diving into different stages of character and mecha designs. While it does not contain any of the official design documentation, these drafts provide us insight into what goes on inside of Shigeto Koyama and Hiroyuki Imaishi’s head. At the back, we’re also treated with some of the film’s promotional visuals. While it did come at the hefty price of 4000JPY, the print quality is pretty much what you would expect from any circle this prestigious. 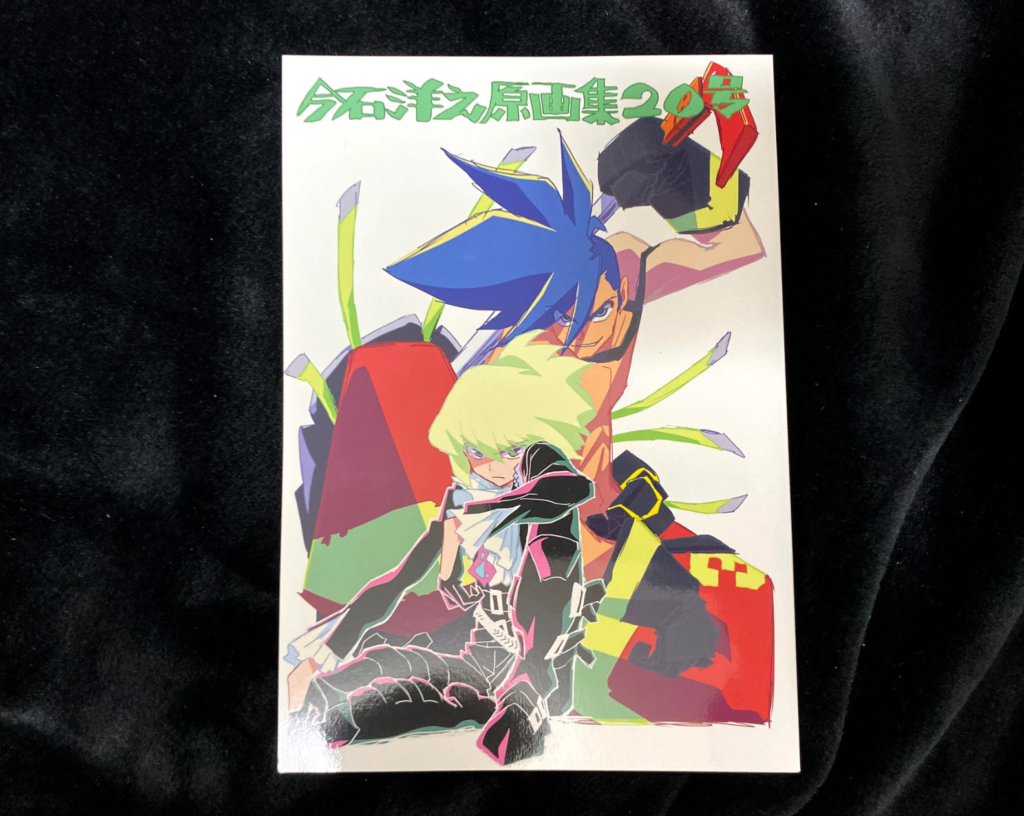 Hiroyuki Imashi Art Book 20 is just as the name suggests. Compiling storyboard, roughs, and key animation done by Imaishi for Promare, this gives us a very different trip into his thought pattern. At the price of 2000JPY, this was a brainless pick-up. 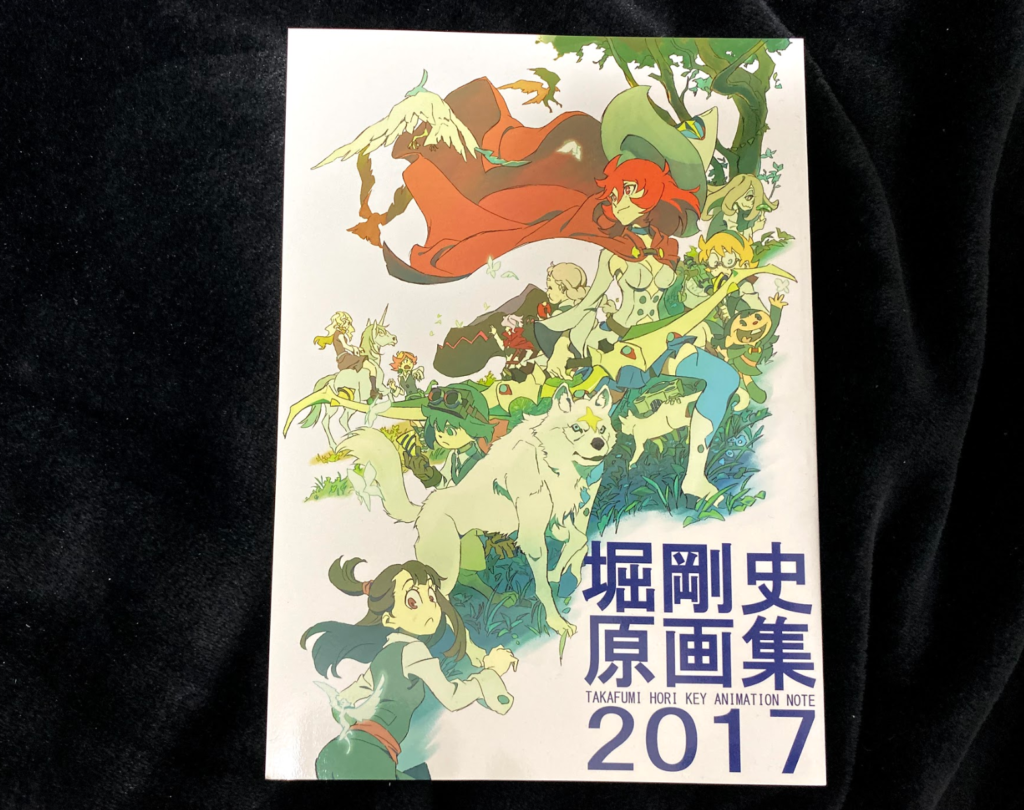 While this one isn’t new, Takafumi Hori Key Animation Note 2017 has eluded me personally since it’s release. Frequently seen at a resell price in the ballpark of 10,000JPY, picking this up in person saved me a lot of strife. As the cover makes clear, this book includes the Hori’s masterful key-frame work for Little Witch Academia. While the work in his new release is equally exciting, I have to be upfront here and say I’m biased towards anything Little Witch Academia.

While it was never my intention to pick up any Fate/ goods, there certainly end up being some worthy mentions in the mix. 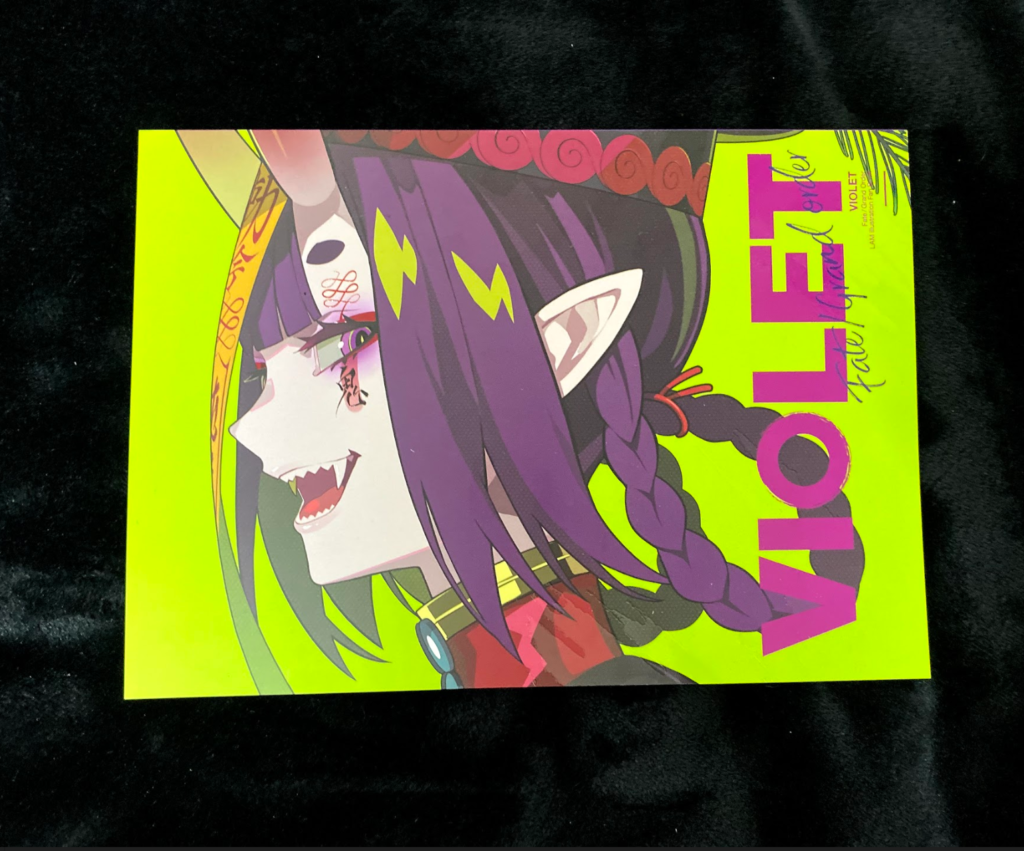 Violet by LAM was potentially the best-presented illustration book we picked up over the last two days. The lime green backdrop makes Fate/’s Shuten Douji really pop out, capped off with a strong glossy finish for some extra sheen. Each page features a single illustration cleanly framed with a title card adjacent to it. Obviously, if you don’t like Shuten then this book is not going to be your cup of tea, but for the measly price of 1000JPY, I’m going to have to call this an incredibly good deal. 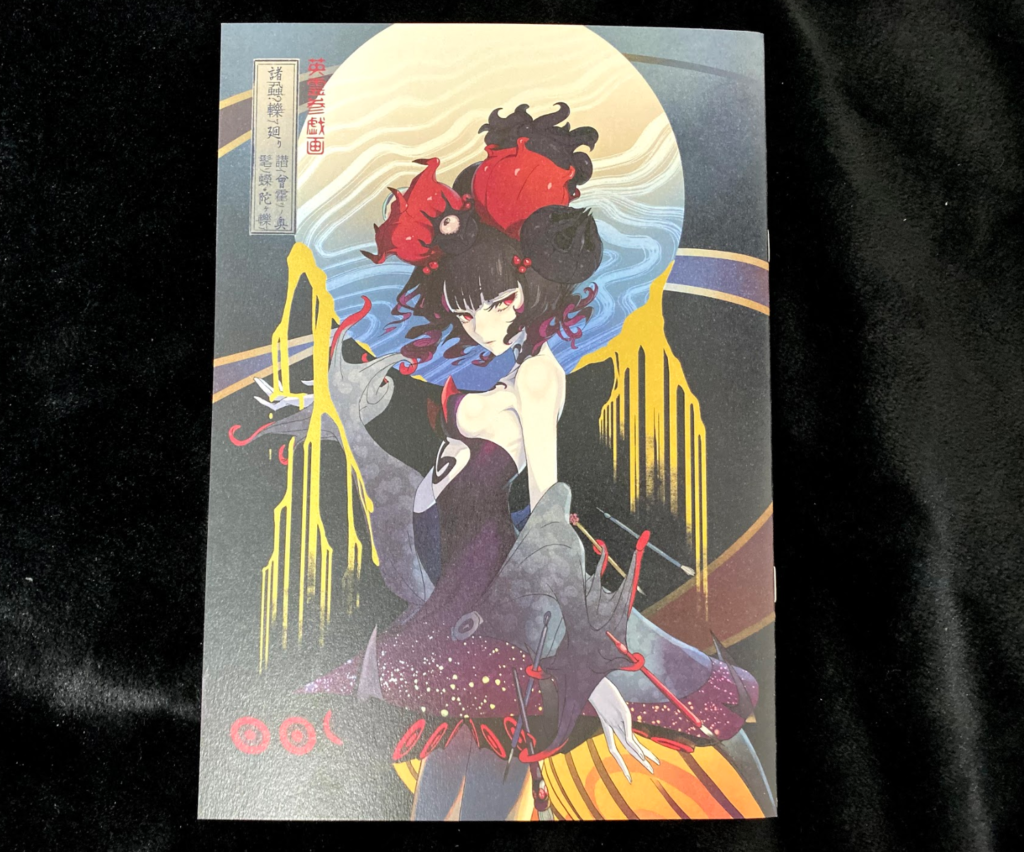 I stumbled across 英霊参戯画 by UAAAOU on our way out of the hall for the small price of 300JPY. The volume consists of several illustrations in the style shown on the cover, which seemed to be unique to UAAAOU when it comes to Fate/. The up and comer has a strong sense of aesthetics that is carried through their works, using line to capture motion and movement. I hope we continue to see more works by them in the future.

For more Comiket 97 coverage, check out our day one overview.