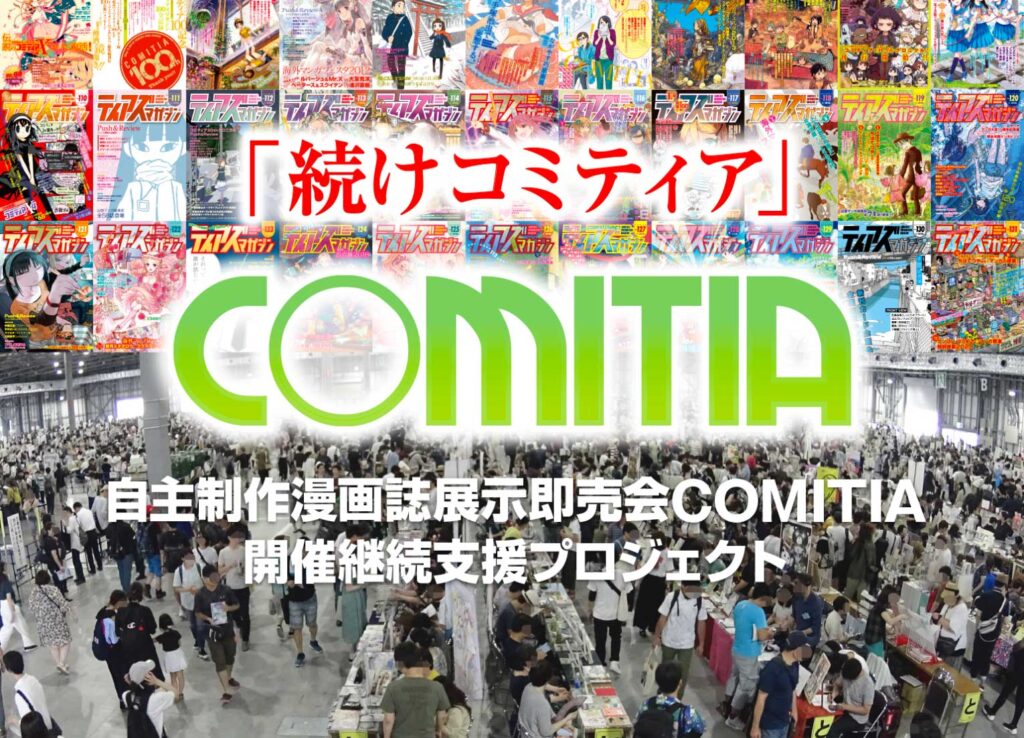 The COVID-19 pandemic is hitting organizations and creators that rely on in-person events hard. I’m sure that any musician or doujinshi artist would be able to tell you as much, but it seems as if COMITIA is in particular trouble. Tokyo’s biggest independent comic event recently announced that it was launching a crowdfunding campaign, citing difficulties keeping the lights on after two canceled events and faced with an uncertain future. Considering how unique COMITIA is in the Japanese comics space, this crowdfunding campaign is definitely one worth supporting – lest it disappears forever.

It was originally announced via Twitter on August 4 that COMITIA was planning to launch a crowdfunding campaign, but August 15 finally saw some concrete information. Shared via the event’s official website, the organizers detailed their reasons for turning to crowdfunding: not only was May’s COMITIA132extra and September’s COMITIA133 canceled due to the pandemic, attendees to February’s COMITIA131 were down 30% less than usual. As a result, even if November’s planned COMITIA134 and next year’s COMITIA135 go ahead, the future is uncertain – the possibility that the organization might “end up in the red” is quite high.

One of the main sources of expenditure for COMITIA is the 10-person team that operates out of its Tokyo office. Alongside volunteers, these full-time staffers help to organize the quarterly events and are “essential” for ensuring the future of the organization.

COMITIA is aiming to raise 30,000,000 yen via the crowdfunding campaign (around $280,000 USD) and plans to use the funds for three main things: ‘keep COMITIA going’ in general, but also cover the costs for the COMITIA office for the second half of 2021 and any equipment that will be needed to combat the pandemic once in-person events resume.

As Tokyo’s largest and most vibrant independent comics event, contributing to the COMITIA crowdfunding campaign would definitely not be a waste of money. Furthermore, several rewards will be available to backers: official character goods; a special drink with a label designed by Tatsuki (Irodori), among others; and either admission to the next event as a circle or the catalog as a fan. You can find out more when the campaign launches on August 28.