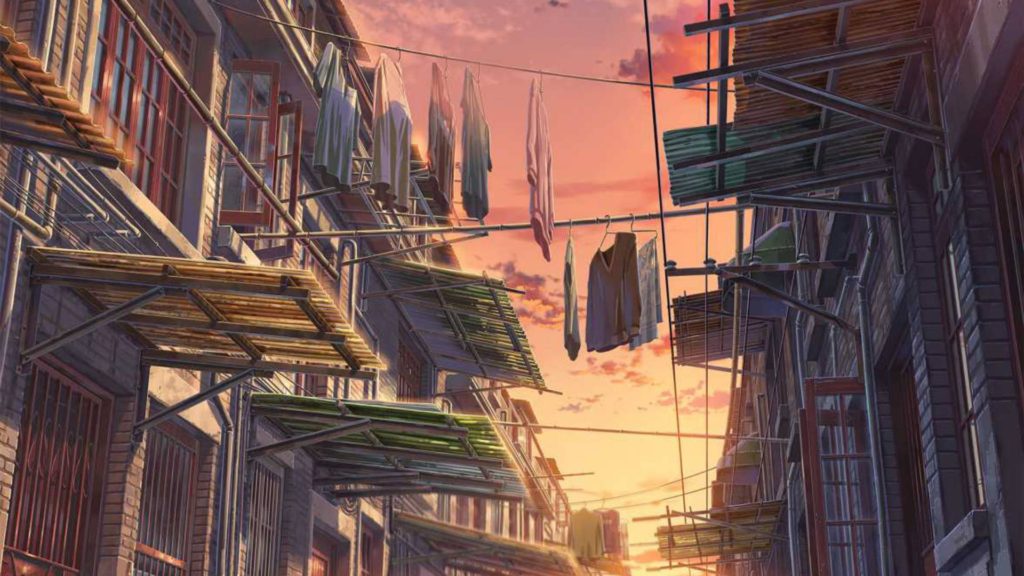 Haoliners have been gradually proliferating themselves into the Japanese anime industry for years now, but their latest collaboration with CoMix Wave Films (Your name., 5 Centimetres per Second) could be the next big break for the Chinese animation company.

The collaboration, named Shikioriori, is a series of three shorts based around the themes of food, clothing and shelter. Each story will take place in a different Chinese city and will be helmed by different directors. Several animators from the studio are making their directorial debuts on the project, which will hopefully usher in a new generation of young international directors for the years to come.

In the anime industry, it’s safe to say that China is a massively important market. It is second to only the US in terms of licensing deals with Japan, and the fact that many anime are also broadcast on satellite TV means that the type of series that are licensed can be done so with an eye for recurrent broadcasting, making long-running shows such as the 900-episode long Detective Conan more viable.

Haoliners’ new collaboration with CoMix Wave Films could spell a deeper relationship between the two companies – a relationship highly sought after by many companies after the success of Your name. and the work of Makoto Shinkai in general not just in Japan, but around the globe.

Haoliners’ previous stand-out work for me personally, To Be Hero, was a bombastic OVA series that aired in 2016. It centered around a toilet seat designer, who once sucked into a toilet, became a superhero. The series paired its wacky premise with equally over-the-top visuals, showcased some seriously excellent abstract animation talent that helped elevate the comedy of the series.

Yet, these new CoMix shorts seem to shy away from this style, option for more or less of a replica of Shinkai’s realistic, hyper-detailed animation style. While this style does have its benefits, and there are many who enjoy the presentation of his movies, for me, this realistic presentation limits the expressiveness that animation can bring to a story. Such expressiveness can only be found in animation since everything is drawn and can be manipulated to express even the wildest of imaginations. I worry that, by trying to emulate Shinkai’s style, the up-and-coming animation studio will lose the charm and expressiveness it has previously displayed. It would be a shame for them to abandon this style of presentation, given that it worked so well in To Be Hero.

Even so, this collaboration represents an important linking between the Chinese and Japanese animation industries. These shorts will also be getting a theatrical release in Japan, which will not only put Haoliners’ name on the map but also provide some much-needed representation of China in animated media. Further information on the anthology can be found via the official website, here.