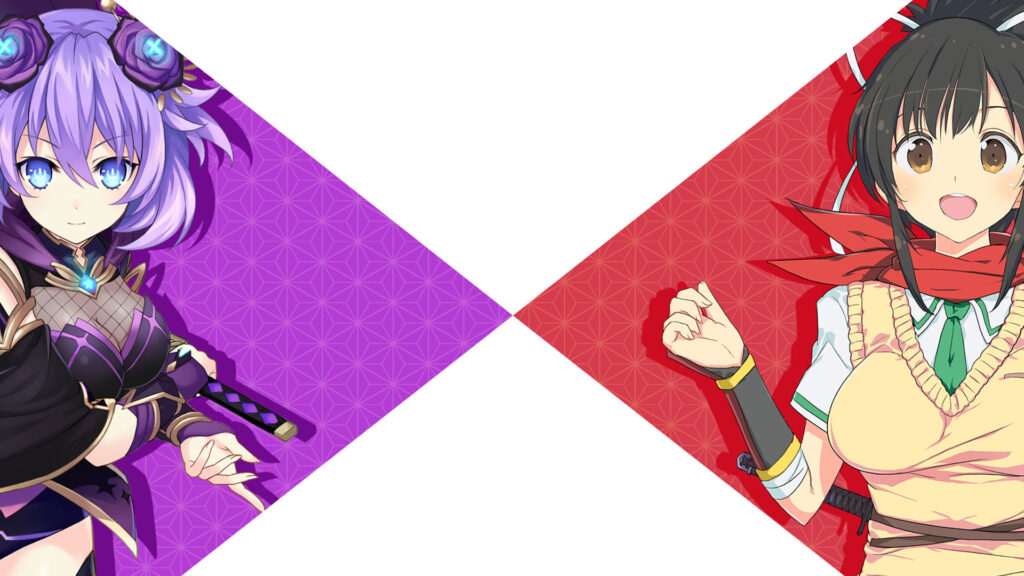 The Hyperdimension Neptunia and Senran Kagura series are ever-expanding, with new titles seemingly being announced at a neck-breaking pace. Today, Compile Heart announced that they will be bringing an Action RPG title to PlayStation 4: Senran Nin Nin Ninja Taisen Neptune Shoujo-tachi no Kyouen.

At the time of this writing, not much is known about the title aside from the eight playable characters that they announced, and that more characters will be added at a later date. The eight characters are:

Here is a brief synopsis that Compile Heart gave about the title:

‘Game Ninja World,’ a world where all ninja gather.

As the struggle for control of the country intensified between the feudal lords of each land, sparks flew between the two major powers with the leading two ninja schools.

The two camps were fighting for supremacy when a mysterious machine ninja army that used a ‘Shoot Technique’ suddenly attacked.

In the blink of an eye, the machine ninja army had already overtaken a lesser power, and its leader You Geima announced to the world…

Senran Nin Nin Ninja Taisen Neptune Shoujo-tachi no Kyouen is scheduled to release in Japan on PlayStation 4 on 26 August 2021 for ¥8,360.