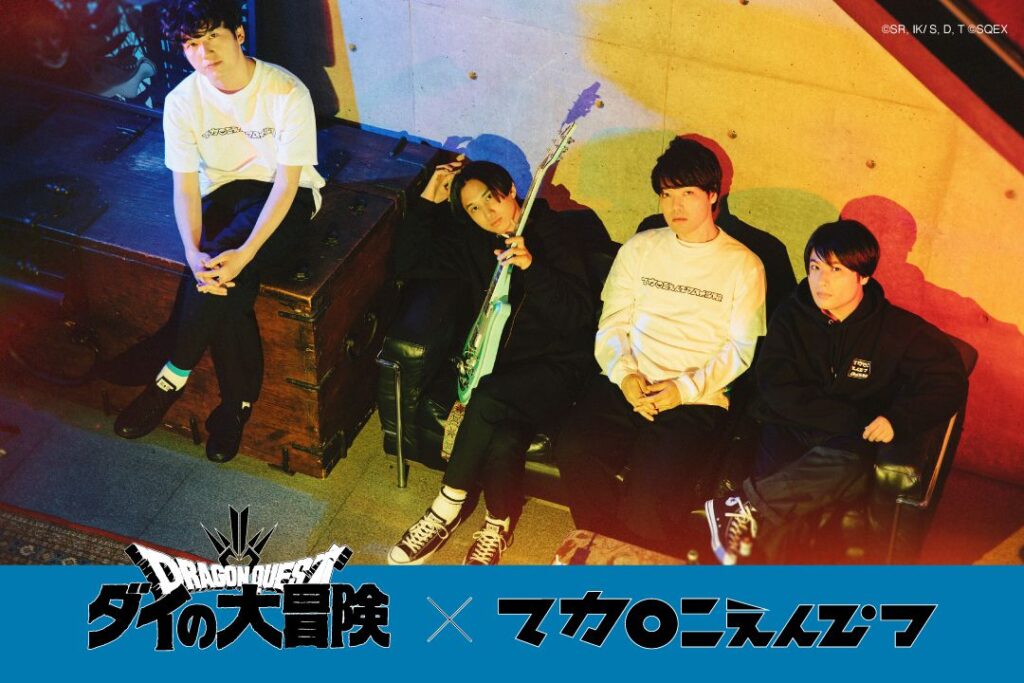 If you’ve been enjoying the anime series Dragon Quest: The Adventure of Dai, you should check out this collaboration with Converse Stars. The anime/clothing line will come out on 27 November. Note that this is specifically referencing the current anime series (and indirectly the manga), and not the games.

The new collection will include a lot of tie-dye: tie-dyed hoodies, long-sleeve T-shirts, and tote bags. (It’s not the Wavy Gravy-style tie-dyed swirl, but it is tie-dye.) 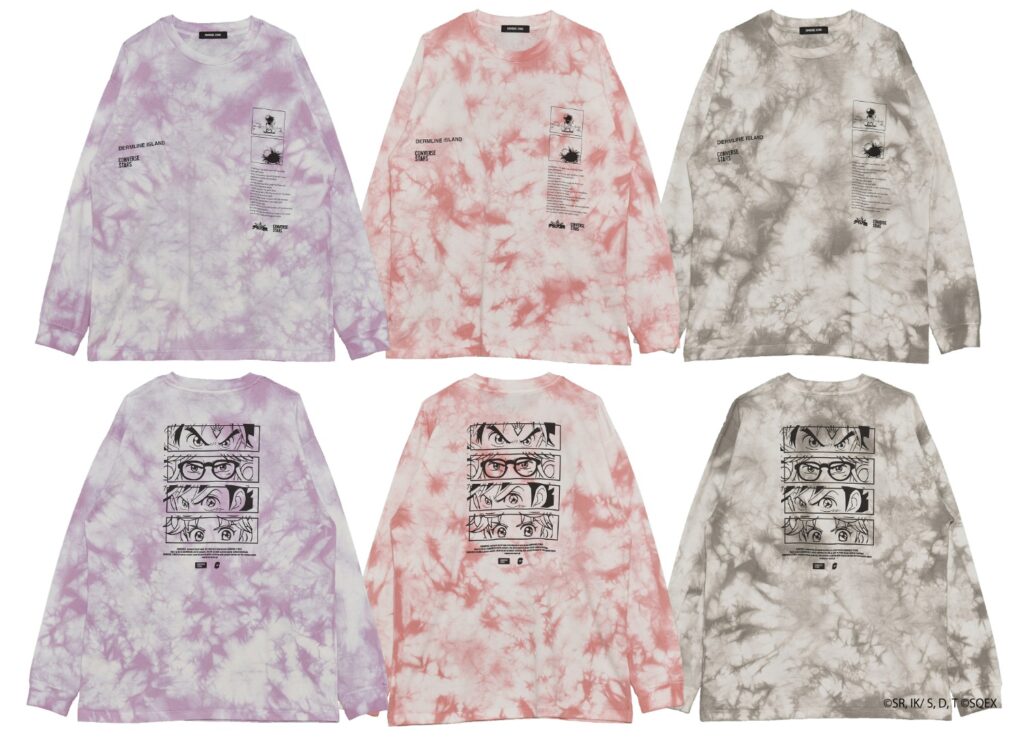 Some of the tie-dyed stuff will feature close-up images of Dai, Popp, Avan, and Maam. Even though you just see the glare of their eyes, all of them look very determined or otherwise ready for battle.

If you don’t like tie-dyed patterns, the Converse x Dragon Quest collection will include other designs as well. Several of the designs will feature Dai, Popp, Avan, or Maam doing one of their special moves.

Incidentally, there’s a bit of Japlish printed on some the clothing as well:

‘CONVERSE, beloved by all ages, introduces a new brand CONVERSE STARS. Born to tie in CONVERSE’s birth-country, the US as well as their street culture heritage, CONVERSE STARS creates casual, colorful and graphic clothing with playful design for the mature adult.’

The keychain is a three-way collaboration with the band Macaroni Empichi.   Some of the T-shirts and hoodies also feature the band members in anime-style battle poses, instead of the Dragon Quest characters.

The four-man group created the opening and ending theme songs for the anime series. Both ‘Ikiru wo Suru’ (opening) and ‘Mother’ (ending) are rocking songs which are very appropriate for a shonen series such as Dragon Quest. Naturally, Macaroni Empichi did a lot of the visuals for the collaboration.

The online shop ZOZOTOWN began pre-orders on Tuesday, and an advance reservation discount will begin on Thursday. However, if you buy through ZOZOTOWN, you won’t be able to get the special novelty campaign item.

Starting on 27 November, some buyers will also get a rubber wristband with an Adventure of Macaroni Empichi logo.  To get the wristband, you have to buy 7,000 yen or more in Converse x Dragon Quest collaboration goods from Converse Stars. As the saying goes, ‘supplies are limited.’

Converse Stars states that the online store will release a special interview and video on the website on 27 November.