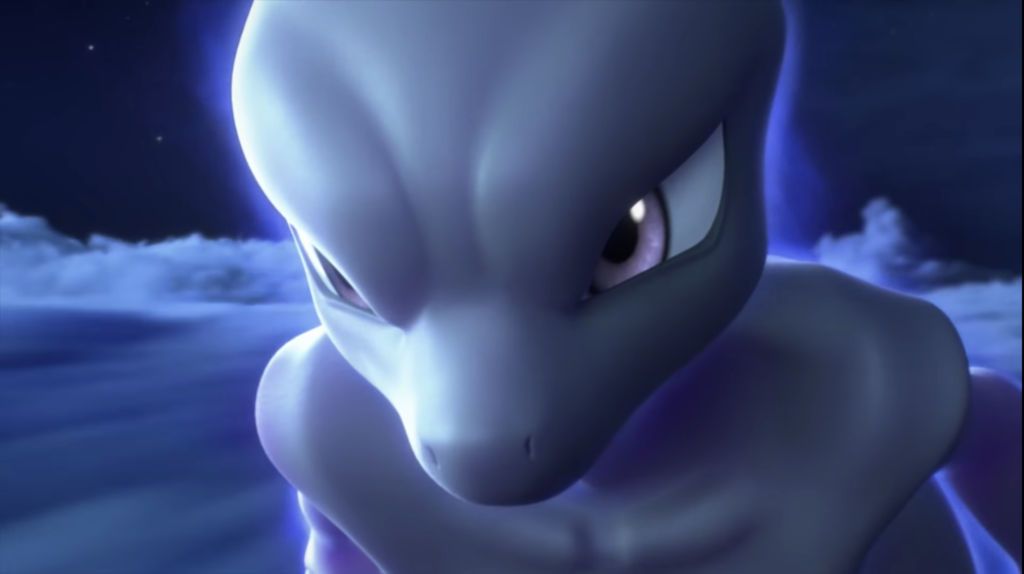 To most people, Coro Coro Comic is the best place for kids to read manga and learn about all the coolest things going on in pop-culture. However, for hardcore Pokémon fans, the magazine is also the best way to get new information about the Pokémon series. Unfortunately, each new issue is leaked ahead of its release (Please purchase the releases officially!) That said, it’s still interesting to see what has been revealed.

Since Pokémon: I Choose You!, animation studio OLM has taken the Pokémon films in a new direction, changing up the visual style each time and introducing a brand new story unrelated to the currently airing Sun & Moon TV series. This year, that new change will be a full 3DCG film, revisiting the story of Mewtwo and Mew. It’s still unknown if Pokémon the Movie: Mewtwo Strikes Back Evolution will be a remake, sequel, or retelling of the classic film, but what we are starting to get is an idea of how it will look.

Late last year, the team released a trailer showing some footage of Mewtwo flying through the sky and a very small Mew far away. This page from Coro Coro, shared by Serebii.net expands on this by showing Mew and Mewtwo’s 3D renders from the trailer and also how Pikachu will look in the film. 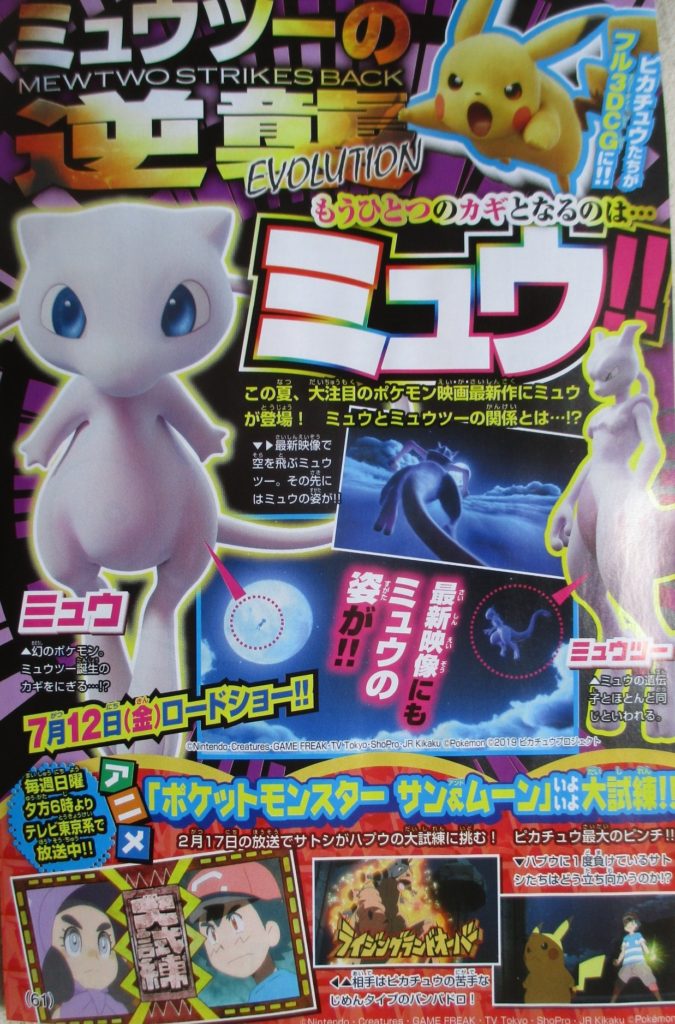 Instead of Detective Pikachu‘s creatively realistic twist on the Pokémon designs, the 3D by the team at OLM Digital and LA-based Sprite Animation Studios takes inspiration from the 3D designs that we’re already familiar with from the games and 3D advertisements. OLM Digital is so confident in their digital approaches that their name is even a reference to “Industrial Light and Magic”, the top VFX studio in the United States. But although they might not be quite at that level, their track record is impressive. They created the full CG film Rudolf the Black Cat, the TV series Snack World and also created CGI for live-action films like Jojo’s Bizarre Adventure: Diamond is Unbreakable.

From what we’ve seen and what the team has done in the past, I’d say Pokémon the Movie: Mewtwo Strikes Back Evolution should be a surprising new take on the Pokémon film series yet again. Fans will be able to watch it in theaters in Japan on July 12, 2019.