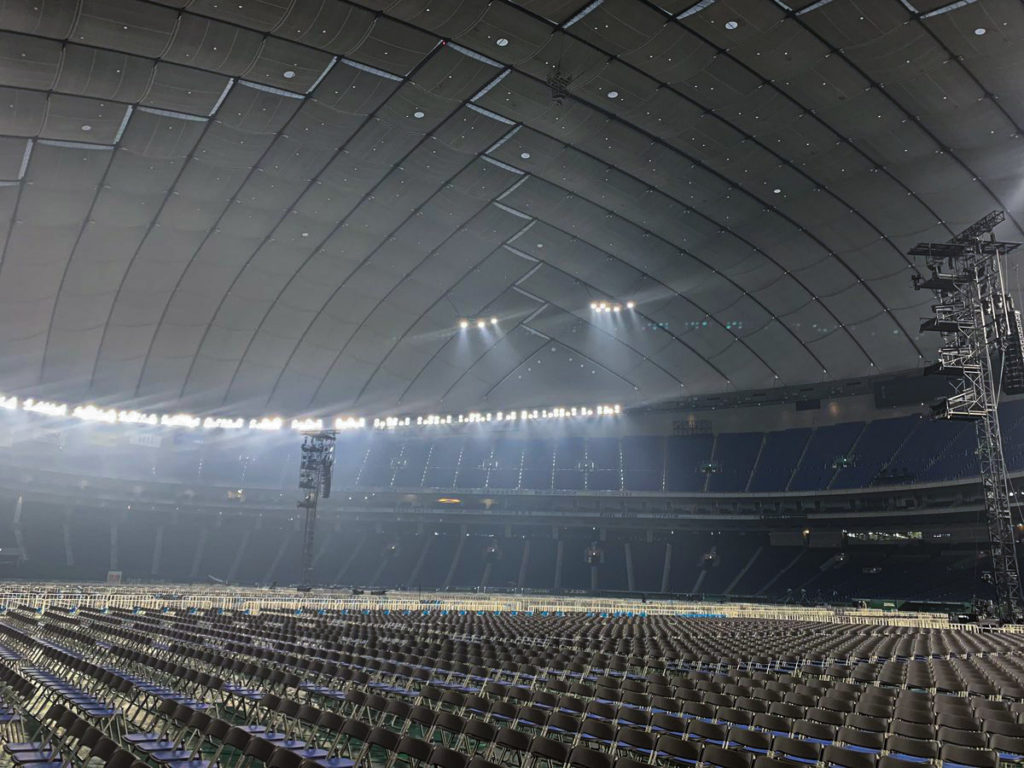 While the widely-covered effects of COVID-19, perhaps better known online as the Coronavirus, are sweeping the globe, there’s no shortage of devastation left in its wake. While this devastation comes in many forms, one of the most immediately present for fans of music in Japan is the vast cancellation of live shows and events, as requested by the Japanese Government in the earlier stages of the outbreak. While looking from the perspective of a fan, the most obvious implication is that tickets you may have purchased are either nullified or require a refund — something which can often cause complications when you’re one of the thousands being affected. But looking at it from the artist’s perspective, the virus can actually leave a much more destructive impact than many onlookers might expect.

Formally announced by the Japanese Government and fronted by Prime Minister Shinzo Abe on February 26, the message was loud and clear — music events and concerts were not to go forward at the risk of the enclosed space becoming a hotbed for infection. The response was near-instant, with a record number of live shows either being canceled or postponed at the government’s behest. But with hundreds of shows, both major and independent being given the shove, just who was to face the burden of cost and labor? Well, that answer remains unclear, and there’s certainly a frustration towards that fact that seems ready to boil over.

One such group to feel the full brunt of the cancellations was Japanese hip-hop unit BAD HOP who, following the announcement, was given the tough decision of canceling their appearance at Yokohama Arena for their BAD HOP WORLD tour. With a capacity of 17,000, there’s no questioning the mammoth cost that likely comes with such a venue, not to mention the cost of simply producing the show and bringing together the staff to support it. Left in the cold financially following the cancellation, the unit turned to fans to help reimburse their cost through crowdfunding, attempting to raise an eye-watering 100 million yen, which they’re saying will help facilitate the cost as well as allow them to produce a YouTube Livestream variation of what would have been their concert.

Other notable mentions for major-level cancellations include synth-pop darlings Perfume who, after performing the first day of their Tokyo live shows, were forced to cancel the second day and offer full refunds. On a label level, LDH affiliated artists took a massive blow when the company announced that all affiliated artists would not be continuing with their shows through the month of March, a move that definitely shook the industry. Other artists looked to side-step the cancellations using alternative methods much like BAD HOP, with WACK announcing that their planned shows would instead be livestreaming their performances to mitigate risk.

But while the calls to cancel shows by the government are being met with decisive action from many, regardless of the fallback, there’s also no shortage of artists who are pushing back on the unfairness of the situation. Tokyo’s own Hardcore legend DJ Shimamura was quick to point out the injustice of the Japanese Government essentially decreeing that all live shows were to be halted without offering a financial solution for those who stand to lose so much via online postings. He questioned how the independent music scene, as well as the spaces that foster them, could possibly stand to take such a blow on their own in the midst of an already difficult time for the nation.

With all this being said, it’s not just Japanese acts who are being made to withdraw from their performances, with international talents such as The National, Green Day, Avril Lavigne, and many others canceling planned shows in Japan. There’s a definitive unease about proceeding with any show in Asia in general, something that will definitely prove a swift blow to Japan’s music economy.

Having attended a concert on the day of the government’s request for the cancelation of shows, I can definitely attest to the general unease about the handling of events in this climate. For this band, the solution was to stop at-the-door ticket sales and limit the event to those who had already pre-purchased, while allowing those who would now miss out to tune in via an Instagram Live stream. Entering the venue, LIQUIDROOM located in between both Shibuya and Yoyogi, attendees were forced to thoroughly clean their hands with rubbing alcohol before being handed a mandatory face mask. Though the venue stood at about three-quarters of its capacity, there’s no doubt that the remainder would have filled in no time with those door sales. With a capacity of 1,000 people and tickets coming in at 3,500 yen, that’s an estimated loss of about 875,000 yen — definitely not a small number by any means.

So just when will this problem begin to wade? Well, there really is no telling at this point in time. While many artists are betting on April proving a safer time to host events, there are equal fears that COVID-19 isn’t going away any time soon — reaching as far as causing uncertainties about the 2020 Tokyo Olympics scheduled for July 24, 2020. Regardless of how long it takes to become safe enough for events to be hosted without fear, this has been a definitive blow to Japan’s music industry, both major and independent, that leaves little doubt in my mind regarding a lengthy recovery process.