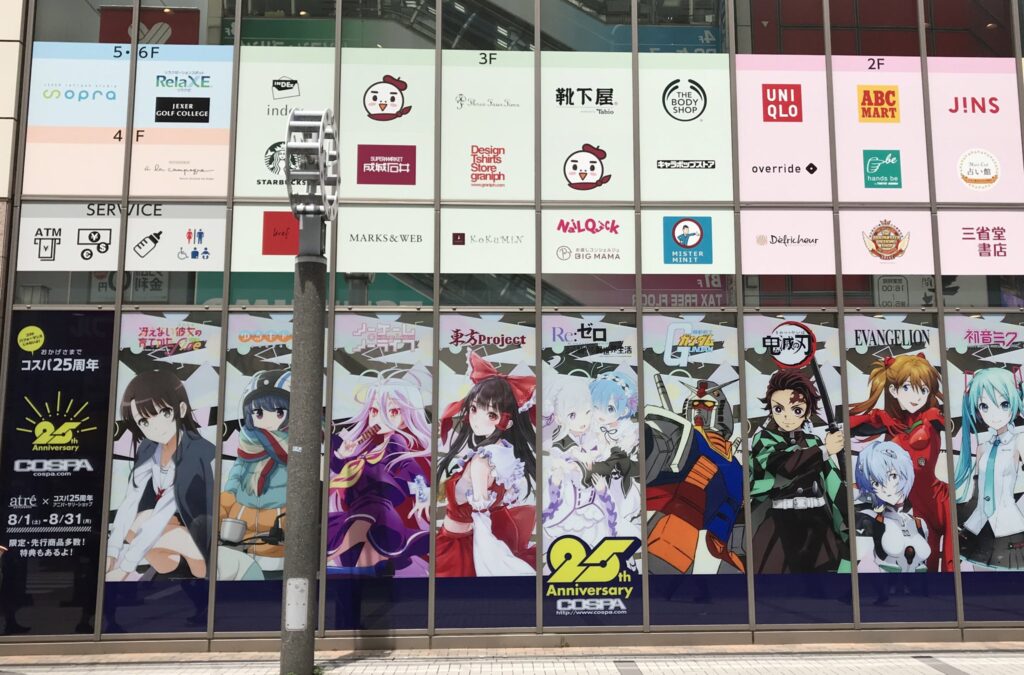 If you’ve bought any sort of character goods from Japan, then chances are that you’ve heard of COSPA. The company, founded in 1995, has produced every sort of apparel under the sun in collaboration with most anime, manga, and video game series out there. This year also marks COSPA’s 25th anniversary, so what better way to celebrate it than with yet more goods?

COSPA will be taking over the Akihabara Atre for the entire month of August, operating a special 25th anniversary store and a commemorative exhibition showing off all of the products that the company has created over the years.

Available at the 25th anniversary store will be a selection of goods that you can’t buy anywhere else, including some COSPA t-shirts that have been reprinted due to popular demand. These include an Evangelion design from 1996, a Gundam design from 1998, and a Vocaloid design from 2007.

The month of August is being divided into three “rounds” to celebrate the anniversary, during which different waves of products will be unveiled. As of the time of writing, only the first “round” has been unveiled, with the second and third set to release on August 10 and August 17.

COSPA is also offering collectible character cards with every purchase made at the Atre store, as well as free ‘Tsumamare’ keychains at participating stores around the country throughout the month of August.

This would usually be the part of the article where I tell you to go and check out the various COSPA 25th anniversary celebrations, but I am aware that travel restrictions resulting from COVID-19 make travel to and from Japan quite hard right now. As a result, perhaps the best we can do is simply appreciate the enormous amount of work that COSPA has put in over the years to provide high-quality pop culture goods, and maybe put together a wishlist for our next visit.

You can read more about the COSPA 25th anniversary via the official website.