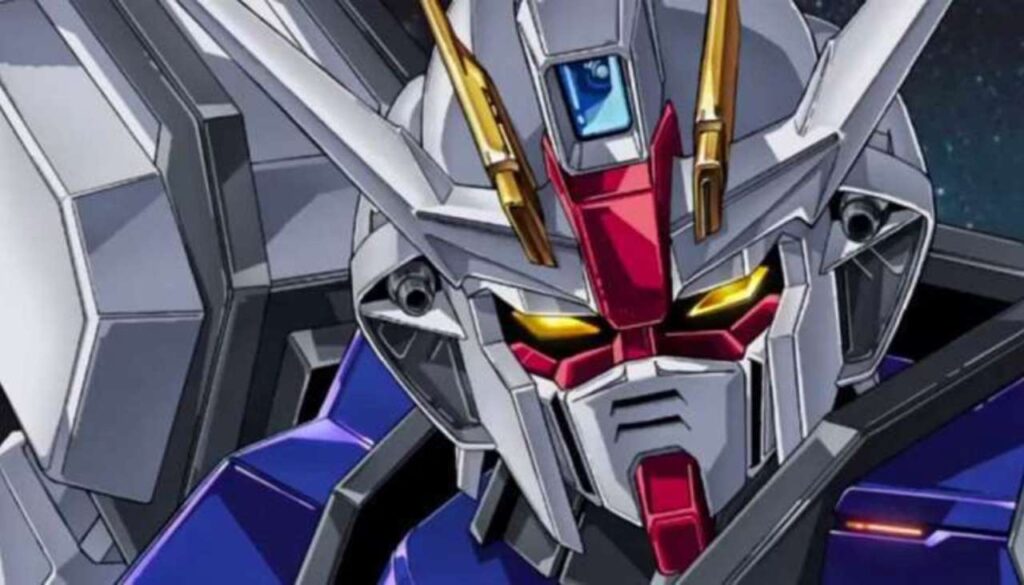 COSPA, who has been producing anime-related goods since the beginning of time, announced today a new series of items in collaboration with Mobile Suit Gundam.

They will be bringing E.F.S.F. and Principality of Zeon belts and umbrellas to fans of the Gundam series. 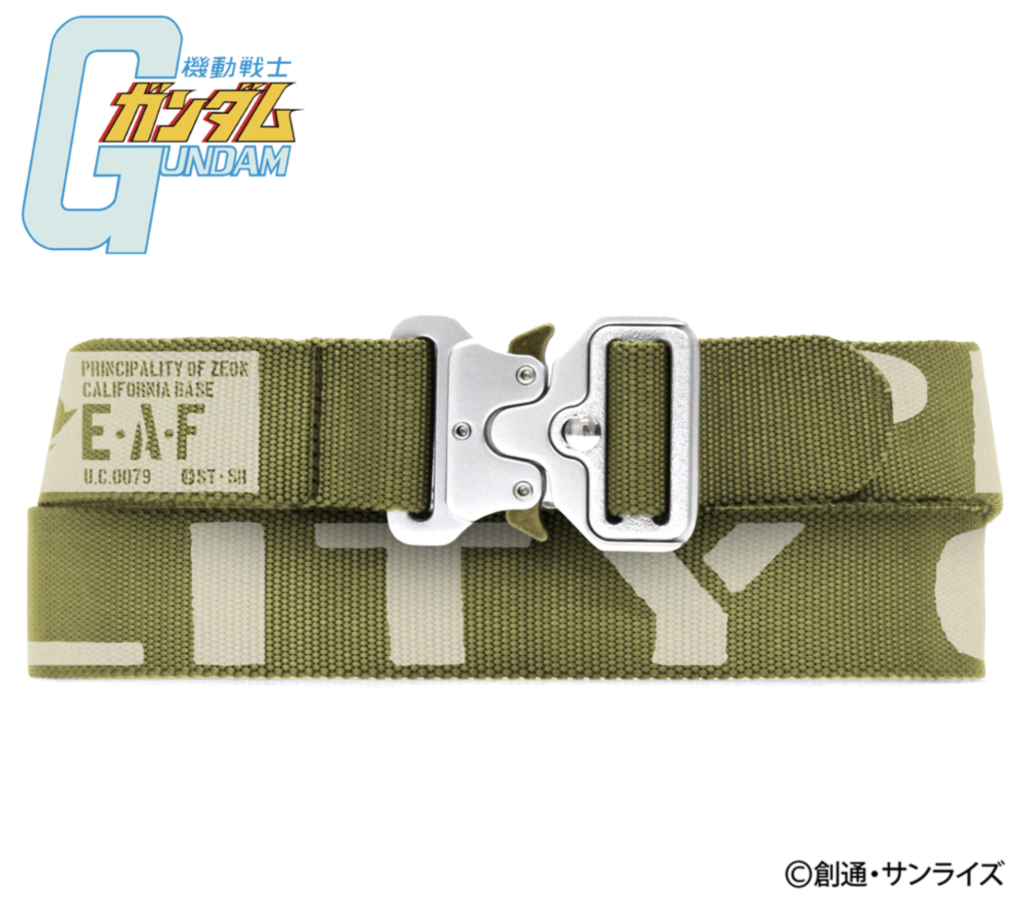 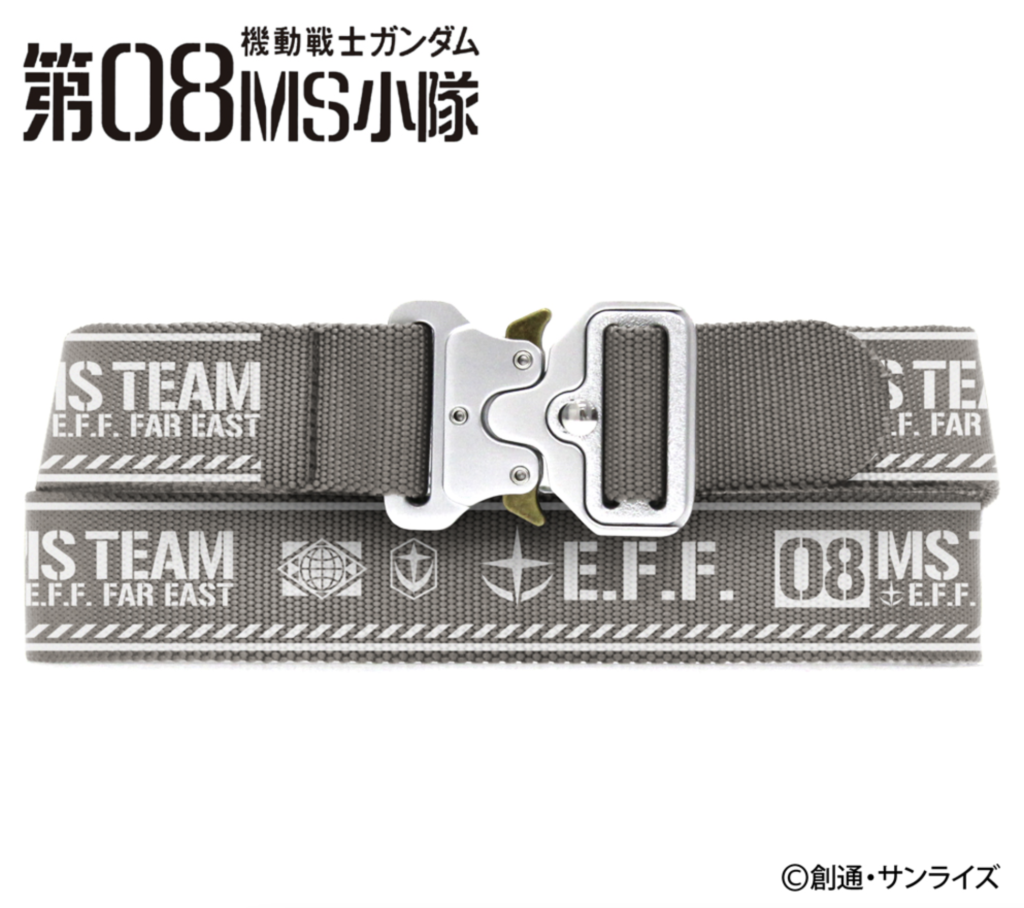 When I first saw the announcement, I instantly told myself that I need to get my hands on the Principality of Zeon umbrella at all costs. There is just something about the design that really intrigues me. When it comes to belts, I’m super generic and have to use a leather belt, so the canvas belts that COSPA announced don’t appeal to me, but I still think the designs are really awesome.

The E.F.S.F. umbrella reminds me a little too much of the real military garb and designs that we have on Earth, so I think I’ll be sticking with the Principality of Zeon one. I mean, they both look like camo that is used in real life, but the black overtones of the Zeon umbrella resonate more with me. 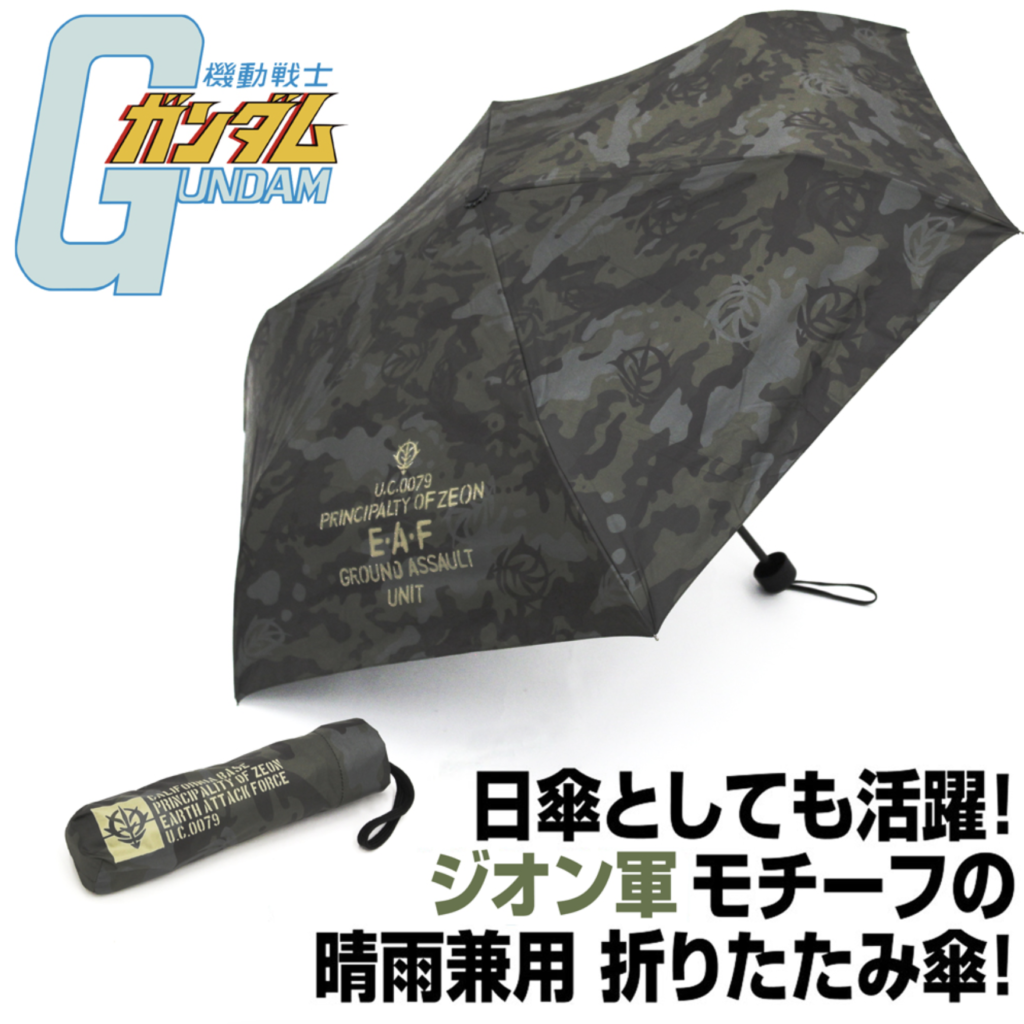 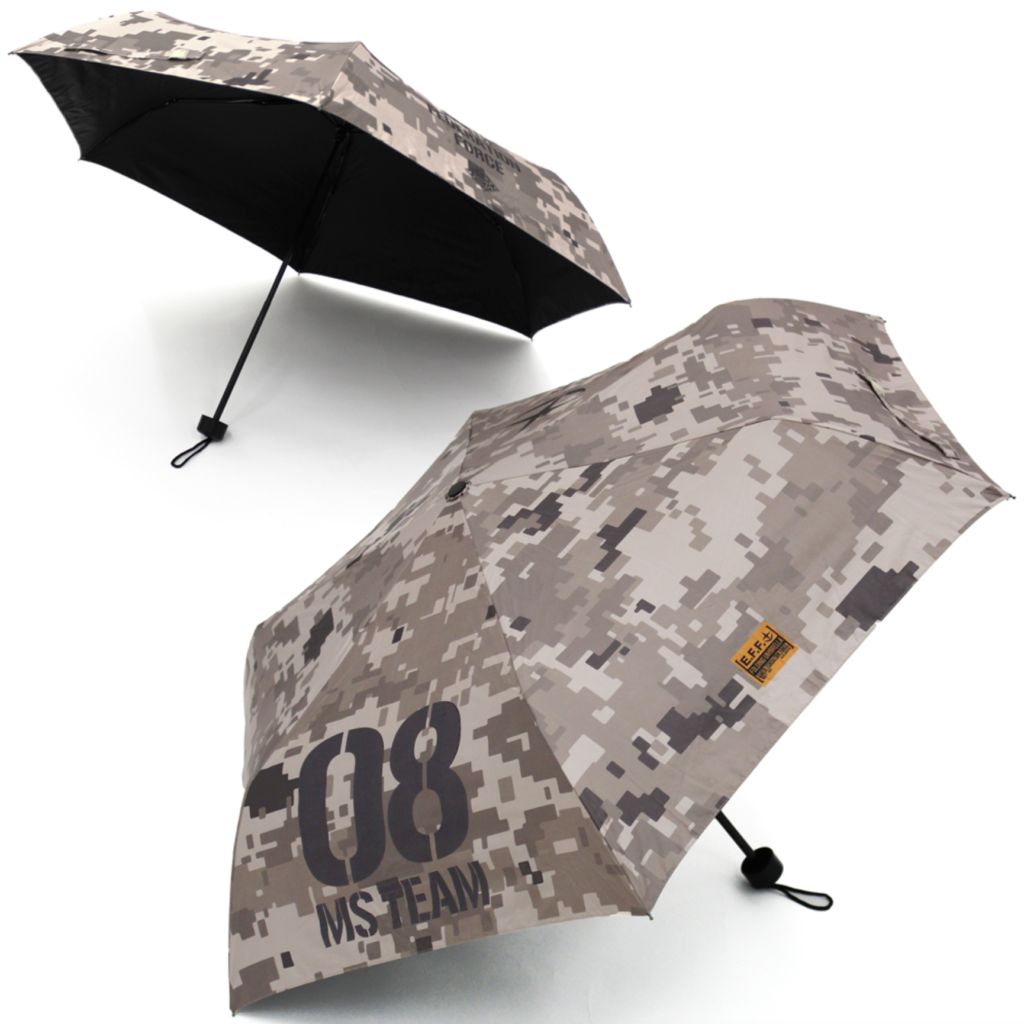 As with all items from Japan, you’re going to need a proxy or a friend to help you get the items, since COSPA does not ship internationally.