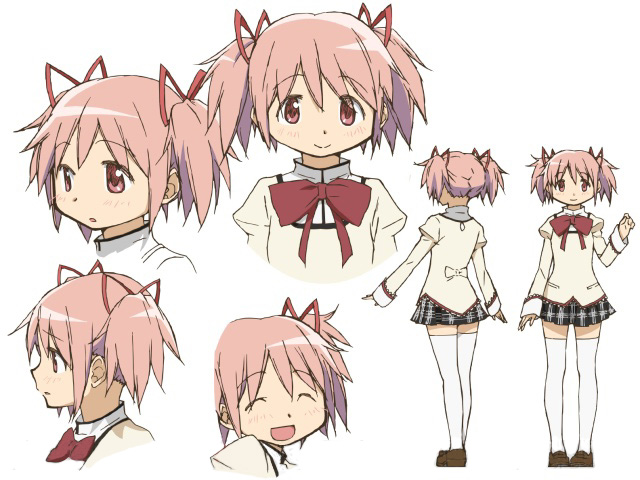 Early February saw the release of a highly-anticipated, much needed official cosplay line for the Madoka Magica series. Starting with the release of main character Madoka Kaname’s ‘Mitakihara Middle School‘ uniform, prices range from 39,000円 for the full-set, and 20,000円 for the individual components.

The full-set includes a jacket, blouse, and a large-bowtie ribbon with Madoka’s signature skirt. The sleeves offer a fluffy look, whilst the hems are laced together. The plaid-pattern skirt and pleat widths are advertised to be a perfect reproduction of the animations original design. Of course, at a price that comparatively high, you would hope that it’s totally flawless.

Mahou Shoujo Madoka ☆ Magica is widely-considered to be a universally successful anime for its often dark-themes combined with the cutesy-style that accompanies the magical girl genre. The latest entry into the series, Puella Magi Madoka Magica the Movie Part III: Rebellion, was nominated for the ‘Japan Academy Prize for Animation of the Year’ at the 37th Japan Academy Prize and won the ‘Best Theatrical Film Award’ at the 19th Animation Kobe Awards.

Further information on the costume can be found via Cospa’s official website here.