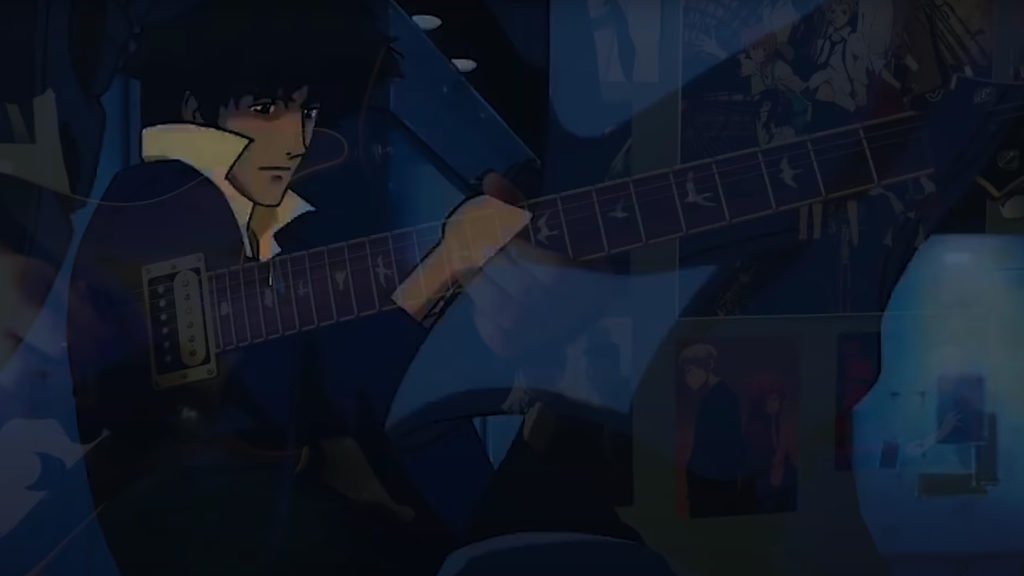 While being urged to stay home creatives are bound to do what they do best. Thankfully due to modern technology, we can still see amazing collaborations even if everyone is self-isolating. Over the course of the past week, we’ve been blessed with updated renditions of Cowboy Bebop classics with participation from the original performers, and even endorsement from Sunrise for one of the updates.

SEATBELTS produced by Yoko Kanno come in first with a special rendition of the series iconic theme song, “TANK!”, uploaded to YouTube on April 24th. The video features all of the band members performing their parts from their own homes/studios, all pieced together to create the entire song. A mysterious shadow is seen dancing throughout, and some comments on YouTube speculate that it might even just be Yoko Kanno herself!

Funimation uploaded a video of an updated version of the series’ ending theme “The Real Folk Blues” for COVID-19 relief. This new version was directed & arranged by Mason Lieberman, who has worked on projects like RWBY, Rising of the Shield Hero, and League of Legends. The rest of the performing cast is a who’s who of performers that I couldn’t even begin to give justice by writing here. I highly recommend reading the full credits list on the YouTube upload itself, you will no doubt be just as impressed as I was when I saw some of the names involved. That’s not even including the guest appearance from SEATBELTS and Yoko Kanno.

It’s an impressive rendition of an iconic classic song and a worthy update for 2020. It even has the official blessing from SUNRISE, the producers of the anime itself. To make things even better, all proceeds from streams & sales of the song are being donated to COVID-19 relief efforts. If you want to be able to take the song with you, you can download it from Bandcamp, listen on Spotify (available May 8th), or even purchase it on vinyl from QRATES.