Imagine if you will you were an aging punker who’s settled down and started a family. From The Clash to The Ramones and maybe even Fugazi, you saw the best of them during their prime, but now instead of being a teenage rebel, you have one to deal with! Being the child of said punk, they’re interests are eclectic and atypical, but independent from yours. You thought Akira was cool back in the day but you never really got all that anime stuff, but you try your best to support your kid’s interests. Courtesy of Crunchyroll, you now have the perfect bridge across the gap to your rebellious weeb teenager with the CR Loves The Misfits x Junji Ito collection. 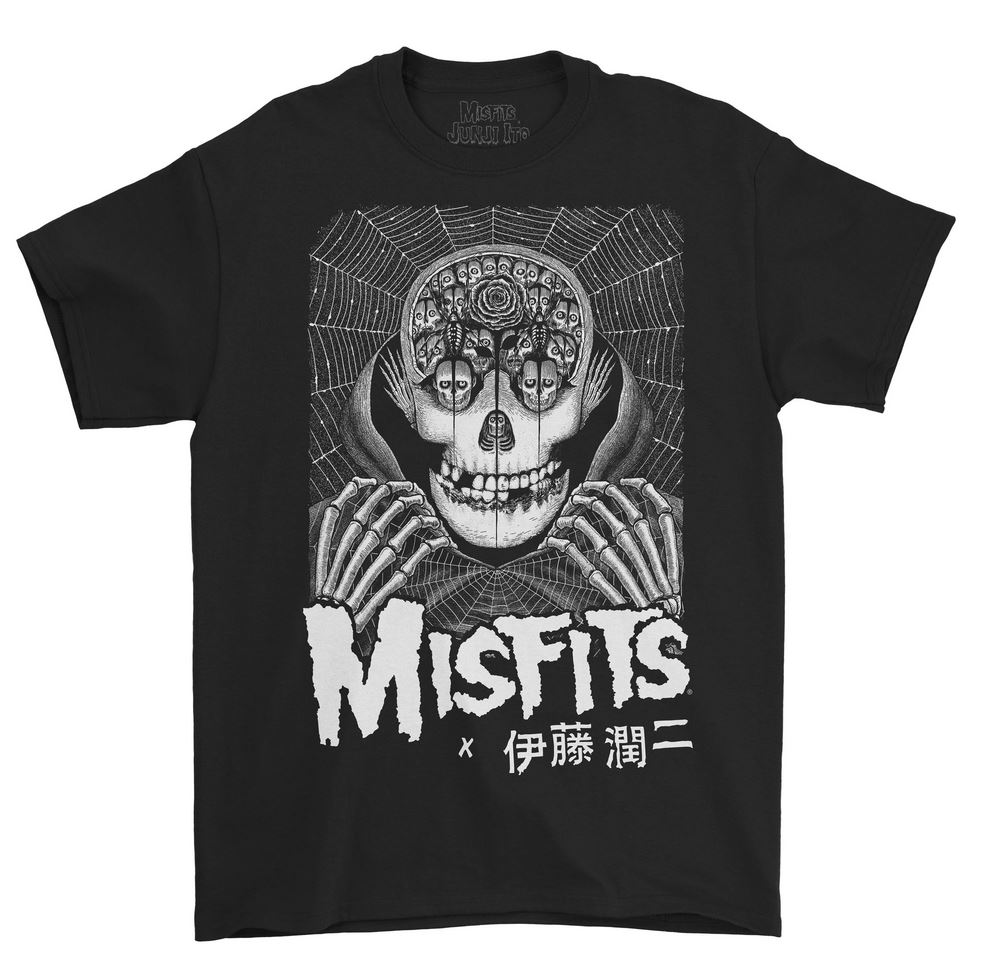 The ‘CR Loves The Misfits x Junji Ito’ collection is only available for a limited time, with pre-orders only open until November 9 so order soon if you’re interested. There are three exclusive illustrations by Junji Ito which adapt the band’s iconic skull motif into the master of horror’s one of kind style. Despite being the least terrifying of the three, we kind of like the Zombie rocking out in the graveyard the most. The tees are 27 dollars a piece with and the same prints on sweatshirts, with additional arm printings, will run you around 60 bucks. Not too bad compared to some of the Japanese brand offerings. 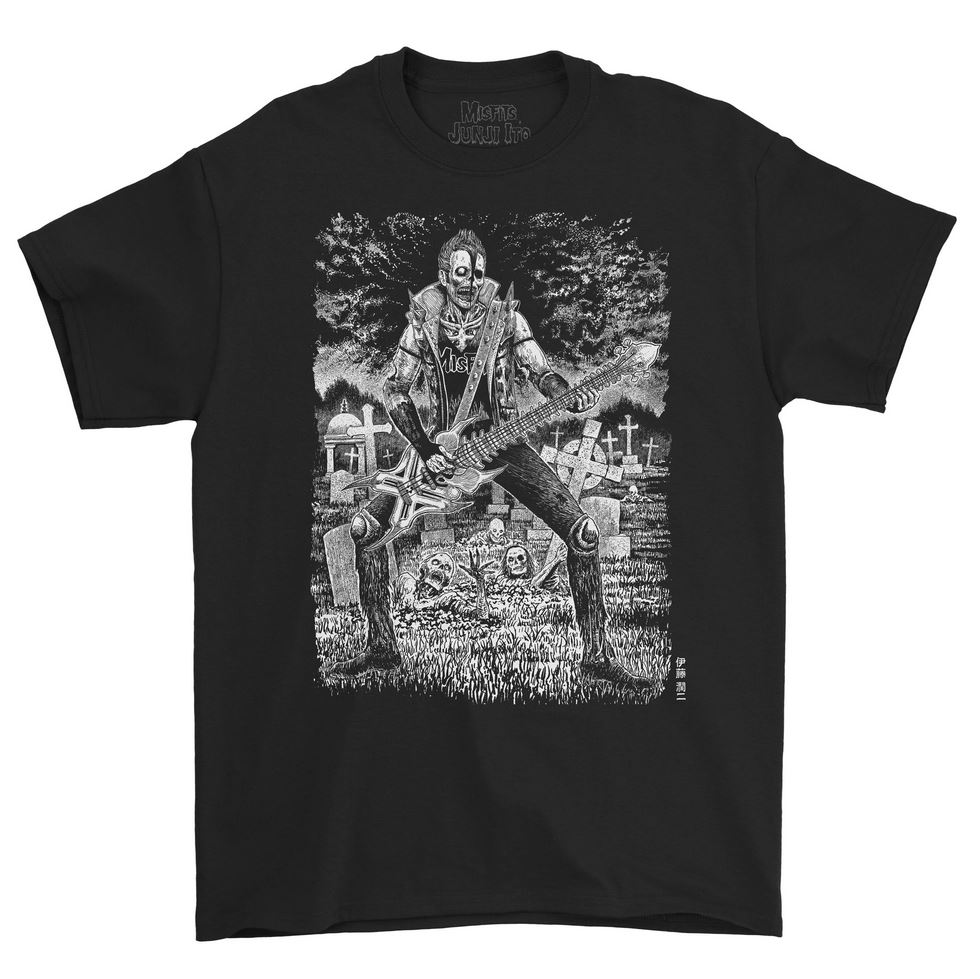 While this collection certainly manifested itself out of nowhere and no explanation for the how or why was given this Junji Ito crossover wasn’t The Misfits’ only attempt at flirting with anime. In the mid-2000s, Misfits founding member Jerry Only teamed up with Marky Ramone of The Ramones and a few other of the punk old guard and formed a supergroup called Osaka Popstar. They only ever put out one album but said album included covers of both the old Astro Boy and Sailor Moon English theme songs. 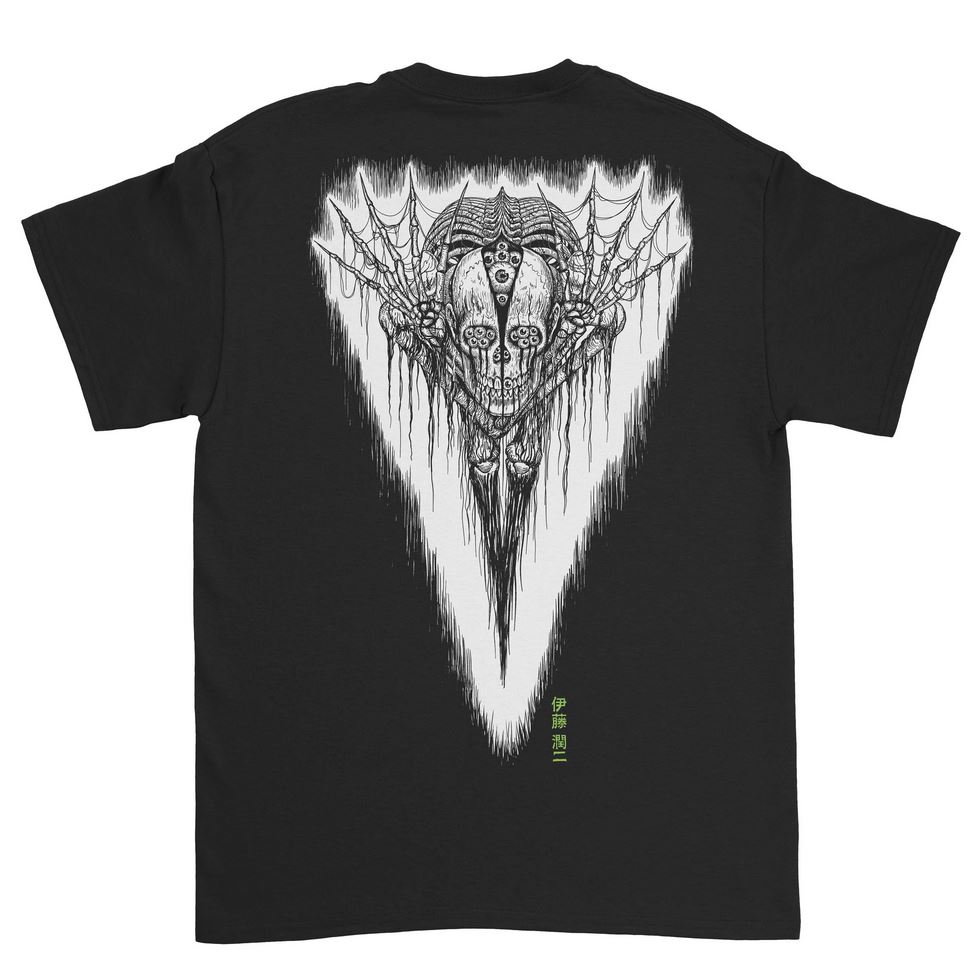 The CR Loves The Misfits x Junji Ito collection is available for a limited time only pre-order here.