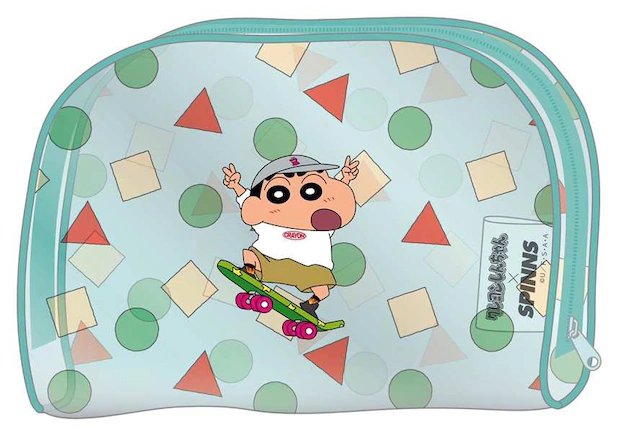 Crayon Shin-chan is one of those series every single person in Japan has a passing familiarity with, and the titular Shin-chan is perhaps the most iconic character of all who spends half his time showing people his ass for kicks. A kids-show that’s reached a point of perpetuity, the original TV anime has now surpassed 1000 episodes and that doesn’t count all the films or the recent Masaaki Yuasa directed spin-off. Now audiences can rep their love for the naughtiest of boys with some slick old school design with this Spinns collection. 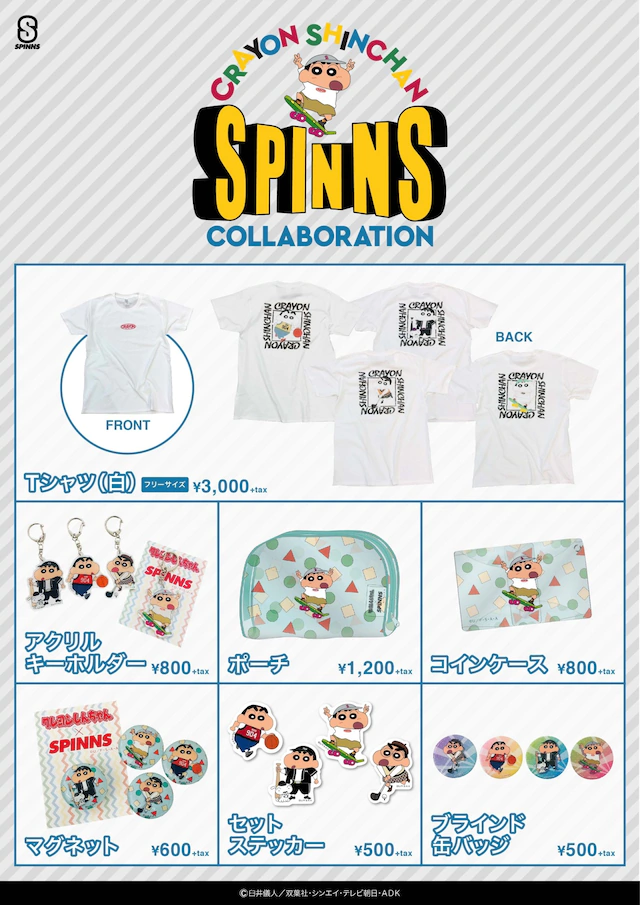 You have your choice when it comes to the Spinns x Crayon Shin-chan collaboration, and it all comes pretty cheap too. The crowning pieces are the shirts, which pair refreshingly simple designs with just a splash of color for some additional pop. You have your selection of stickers, keychains, and pins too. Our favorite pieces in the collection though would have to be the pouch and coin purse, which feature Shin imposed on a faux 90s background adorned with colorful geometry. These aren’t high fashion pieces here, but they’ll spice up your daily look.

Shin-chan has had a bit of a muddied existence in the English speaking world. Yoshito Usui’s original manga had a release early on that curtailed after a dozen or so volumes with little interest. Despite being a legacy series in Japan, the west didn’t have much use for the antics of naughty grade school children until Funimation did something novel with the anime; Some found it blasphemous but Funimation decided to give the series a dub with exaggerated TV 14 humor and chucked the thing on Adult Swim. For a couple of years following, Crayon Shin-chan had a bit of a cult following stateside, but unfortunately, it didn’t last.

The Crayon Shin-chan spins collection will hit Spinns stores and online on May 9.

SPINNS is Trickling Out Their 19SS STEE Clothing Collection