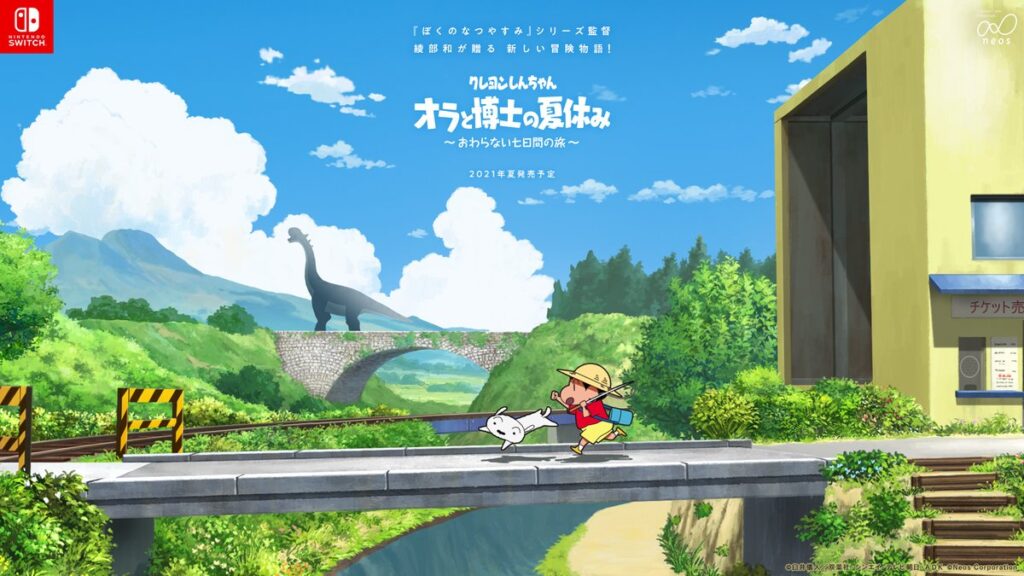 This morning Nintendo hosted a brand new Nintendo Direct, outlining several titles coming to the Nintendo Switch over the next year. Most of the titles between the Japanese direct and the English direct were the same, but one of the titles that stood out to me the most was the announcement of a Crayon Shin-chan game coming to the system: Crayon Shin-chan: Me and the Professor’s Summer Vacation: The Endless Seven Day Journey developed by NeosCorp. There wasn’t much shared about the title during the Direct, but there are a bunch of details that we can gather from the released trailer. 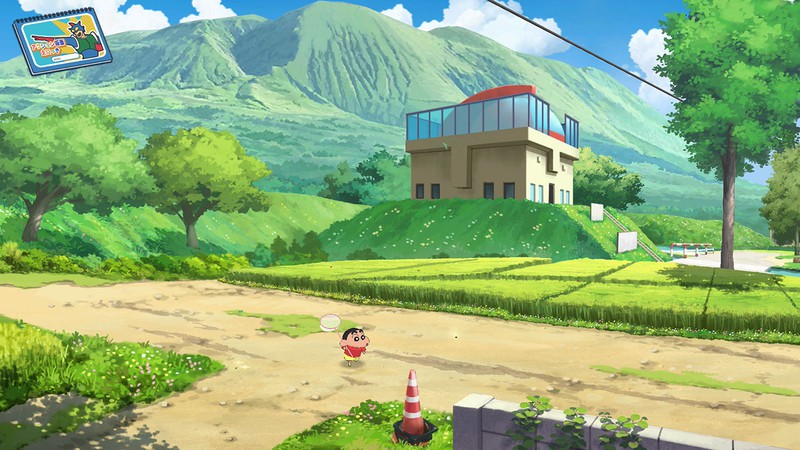 In the trailer, the Nohara family visits the Kumamoto Prefecture in Japan, where Shinnosuke can be seen catching bugs and fishing. It really seems like a game about living a slow life, but strangely, there are dinosaurs, and in Kumamoto, they meet friends who look just like Shinnosuke’s friends back home in Kasukabe, Nene, and Kazama. A somewhat strange week of life begins with an encounter with a slightly off doctor.

The ‘My Summer Vacation’ series kicked off on Sony’s PlayStation console and had six titles released under the moniker. As the name suggests, the theme of the game is ‘summer vacation,’ and it allows players to experience life in the countryside for about a month. The delicate yet nostalgic visuals and challenging elements such as insect collecting, fishing, and great adventures from a child’s perspective bring many adults back to their childhood. 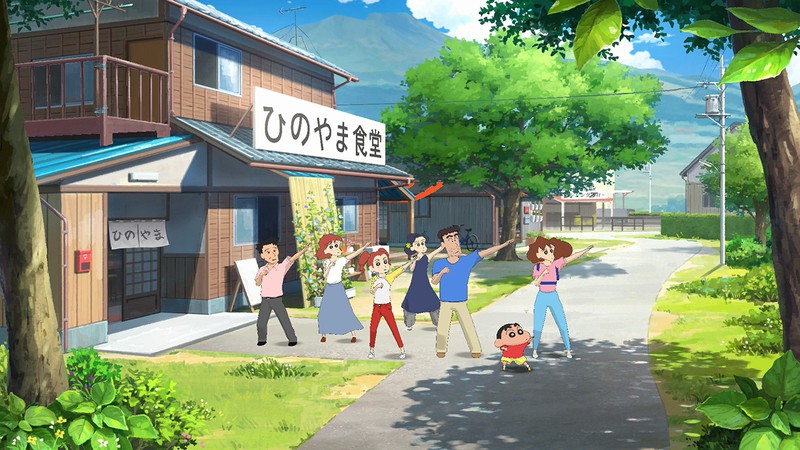 Crayon Shin-chan: Me and the Professor’s Summer Vacation: The Endless Seven Day Journey game is slated to release this summer on Nintendo Switch in Japan. As of this writing, there is no announced English version of the title in development, but with the growing popularity of Crayon Shin-chan in the United States, it’s certainly a possibility.