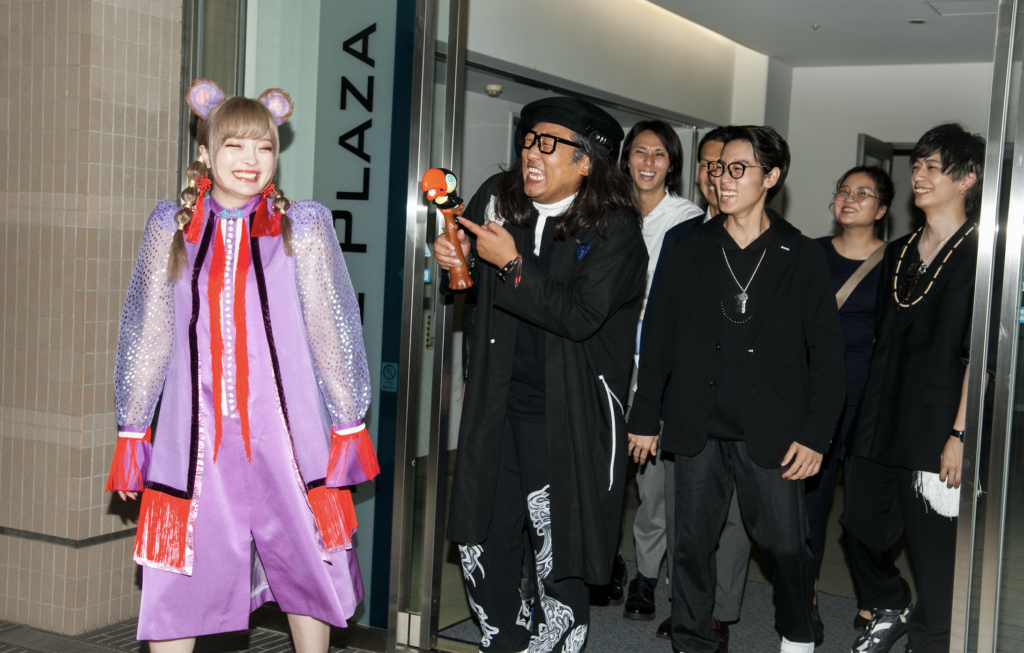 Having been silently dropped on Netflix last week, you’d be forgiven for not hearing about Creator’s File: GOLD until this review, or perhaps having lower expectations because of Netflix’s reluctance to promote the title to international audiences. The show has performed well to Japanese domestic audiences thanks to an all-star cast including the likes of Kyary Pamyu Pamyu and more alongside its lead comedian Ryuji Akiyama, but little was done to encourage international audiences to keep an eye out for the show’s upcoming release.

So, what is Creator’s File: GOLD? Should you be watching it? Although this mockumentary look at Japanese entertainment is massively inconsistent with vast gulfs between the show’s best and worst moments, with an awareness of what to watch and avoid, you may be somewhat surprised.

Creator’s File: GOLD is a mockumentary where each episode parodies an aspect of Japanese entertainment. The first episode, for example, is about a concierge working at a premium 7-star hotel that is shot like a fly-on-the-wall ‘life in the day of a worker’ documentary. At the hotel, high-profile guests including celebrities and those of the upper class stay for various reasons, with some unusual demands. Another, based on a child acting prodigy, is created in the style of a behind-the-scenes tell-all, while the episode on the made-up Turtle Airlines is a parody of travel documentaries.

This concept is the reason for the show’s general inaccessibility and the source of many of the issues inherent to this variety program. Your mileage with this show will vary wildly from episode to episode, based on the topic the episode is centered on and whether you have the knowledge and connection to the topic being parodied. This is before we focus on the love-it-or-hate-it eccentricities of Japanese slapstick comedy.

The very first episode highlights the show’s divisive qualities. Creator’s File: GOLD doesn’t make a strong first impression with an episode that sees Ryuji Akiyama take on the role of the lead concierge Yutaka Orio at an exclusive 7-star hotel. Coupled with the extended 30-minute runtime of this episode compared to the rest of the series, the limits of comedy based on a hotel that promises to take on any request no matter how absurd become repetitive and boring long before the credits roll. These issues are only compounded by the filmmaking style being replicated to match the hotel setting, something which makes even the absurdity of the hotel’s support in an actor’s movie role preparations feel boring and monotonous.

Similarly, convincing a guest that Mt Fuji is overrated to stop him from wanting to move rooms when no rooms with a Fuji view are available would be funny had it not followed the same structure of another six jokes that preceded it. It’s also mean-spirited in places. Having watched Bo Burnham’s Inside comedy special on Netflix for a second time just before starting the series, that special’s sympathetic yet targeted look at how Instagram promotes performative activism and a projection of ideals over change while being sympathetic to the pressures women have to perform for social media feels far better considered than the shallow, somewhat cruel Instagram skit featured here.

On the whole, the episode is a poor first impression and should be skipped. 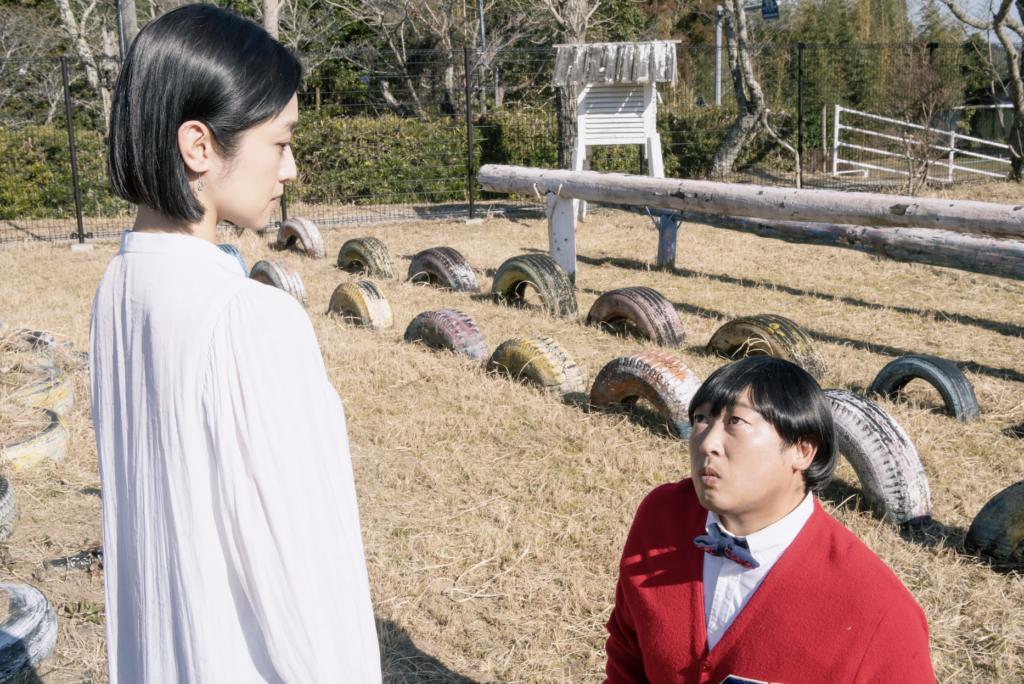 Yet, immediately following this episode, the episode where Michi Uesugi is following a fake child acting prodigy is a laugh-a-minute highlight and the best episode of the season. Alongside making clever use of perspective to have Akiyama appear the size of a child, it also drops them into a school with real children and gives them a child actor rival. The result makes for a hilarious and ever-evolving series of jokes poking fun at the pressures put on child actors and what parents may get out of their children performing.

Throughout the eight episodes on offer, Creator’s File: GOLD has a roughly 50% success rate. For every episode and moment that makes you laugh, others leave you reaching for the skip button without any in-between. This is before considering the cultural barriers that may hold back international audiences from getting maximum enjoyment from these episodes compared to domestic Japanese viewers.

The episode about Zenjiro Shiraki is an example of the barrier to entry inherent to the show. Although this is one of the episodes that feature heavily in promotion thanks to the guest appearance of Kyary Pamyu Pamyu, whether you’ll find the episode funny depends on your knowledge of Japanese entertainment and the pressure placed on these performers to keep up appearances and meet crushing expectations in ways unique to the Japanese industry’s working conditions. Attempts to parody this environment won’t land with an audience less familiar with how the Japanese industry compares to the industry’s structure in, say, America. 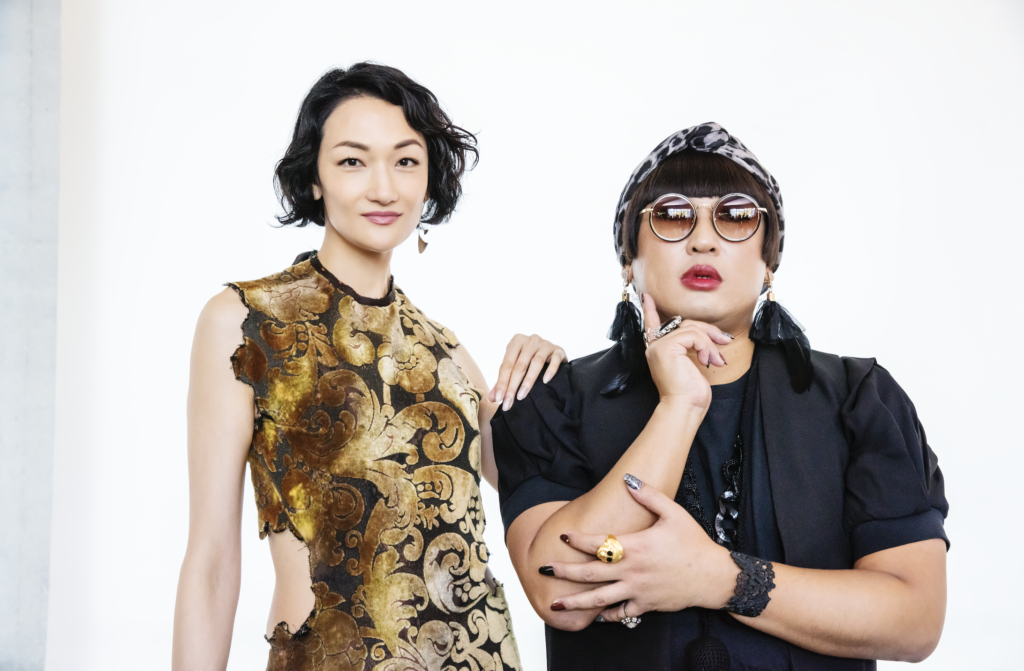 While Creator’s File: GOLD is far from a disappointment, its inconsistency and barriers to entry will hold this series back for many. Although episodes like the Child Prodigy Actor, Total Fashion Advisor, and Nursery Rhyme Poet are entertaining throughout, this comes from these episodes centering on ideas far easier to parody while taking advantage of what their setting provides.

With some surprisingly strong heights, maybe you’ll be pleasantly surprised by this short Netflix comedy series. Just keep a remote at hand, and don’t be afraid to skip through the less entertaining episodes, and you may find some comedic gems hiding underneath.