Crimson Princess: What’s the Deal With Yona of the Dawn? 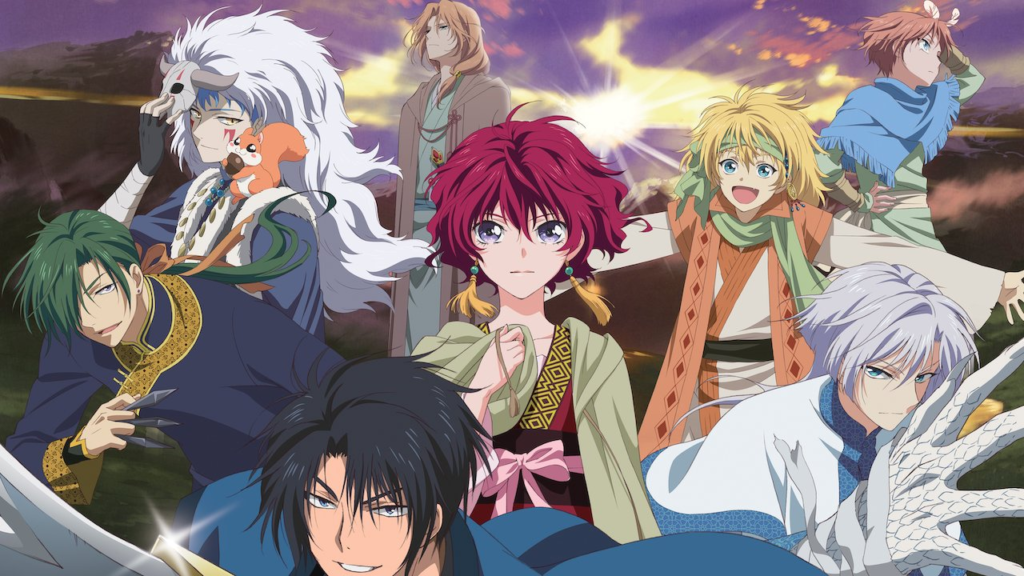 Keeping in mind the colonialist history and current ongoing tensions between Japan and Korea, I never expected to see an anime of all things tackle the Korean ‘aesthetic’ in an intriguing, respectful way…

But, sure enough, I was introduced to a little show called Yona of the Dawn a few years ago that succeeded in doing just that.

When it comes to worldbuilding, especially within the high fantasy genre, it’s crucial that an audience not be confused or overwhelmed by one’s naming system, power structure, rules and terminology in general, etc.

Yona of the Dawn grounds itself on a relatively familiar and simple premise, albeit with a pan-Asian flavor I’d only ever seen done in the iconic Avatar: The Last Airbender.

Being Korean American, I picked up on the show’s use of Korean-inspired clothing and names, Episode 1. However, there are Chinese and Japanese influences aplenty in the way the story unravels as well.

Needless to say, our heroine, the side characters, and the world itself, a world rife with beauty and betrayal, are a sight to see. Yona of the Dawn takes its coming-of-age story and in the spirit of Avatar, leaves no stone unturned.

Yona tackles it all with shades of gray.

Not to mention, Yona’s a solid reverse harem that treats its heroine and her male allies as characters first and foremost rather than young people who need to hook up. 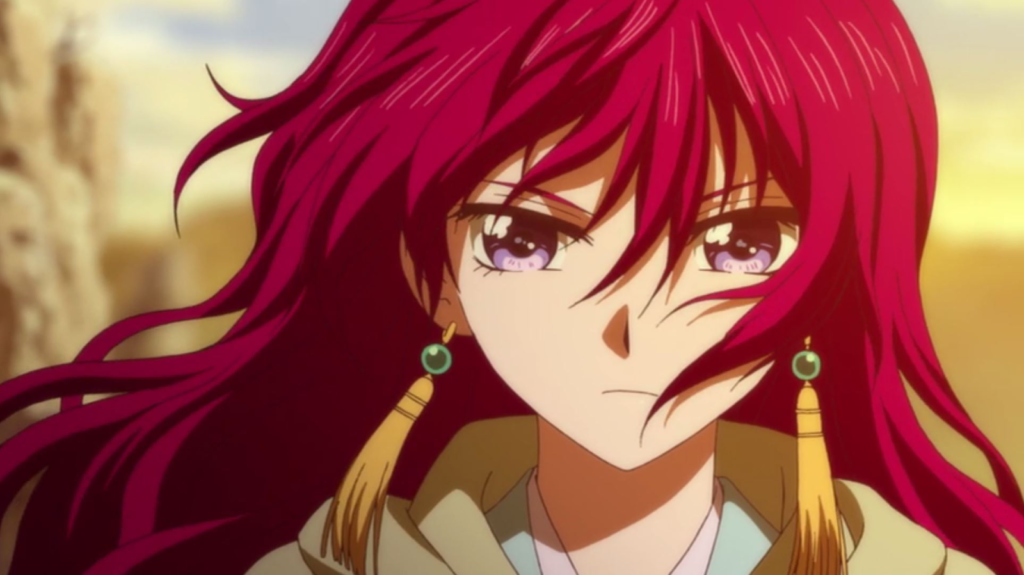 What Is Yona of the Dawn?

Mizuho Kusanagi’s adventure/romance manga-turned-anime Yona of the Dawn remains her most popular work to this day (2009-ongoing). From 2014 to 2015, the manga was adapted for television by Studio Pierrot of Bleach, Naruto, and Tokyo Ghoul (a personal favorite with lovely animation on par with Yona) fame.

The story opens with a snapshot of then fifteen-year-old protagonist Yona’s life, one of a sheltered, spoiled princess with little knowledge of her own kingdom of Kouka.

We meet her pacifist father, King Il, as well as childhood friends Son Hak and Soo-Won, the latter two serving pivotal roles on the night of Yona’s sixteenth birthday.

For on that night, Soo-Won murders King Il and seizes the throne for himself.

With the help of a servant, Yona and Hak manage to escape with their lives, the rest of the show dealing with their struggle to survive as fugitives.

Luckily for Yona, destiny may very well prove itself on her side.

Yona and Hak face new enemies and personal growth for ten episodes before the more fantastical elements of the story finally come into play.

Sure enough, Yona and Hak meet a descendant of one of the founder’s dragon allies in Episode 10 and decide to reunite with the other three so as to gain enough firepower to retake Kouka. 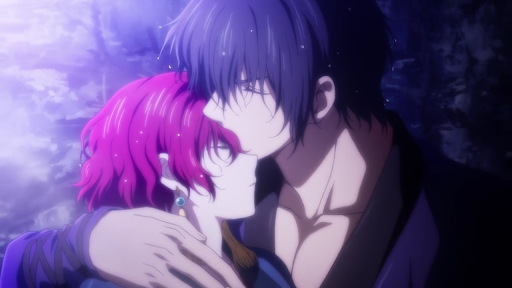 Because Yona starts out sheltered and spoiled, she has nowhere to go but up in terms of character development. She’s far from an unlikable protagonist, being kind and willing to learn from the start, yet has a ways to go before being deemed a worthy ruler.

Yona’s desire to live despite the traumatic upheaval of her old life, her desire to fight and protect those she holds dear, is what makes her a young woman worth cheering for. Her dynamic with bodyguard and close friend Hak also provides an interesting layer to her transition from girl to woman.

Hak has long loved his charge, but as is the retainer way, he keeps this to himself.

Hak’s a fearsome warrior whose rough speech belies his true feelings for Yona and the degree to which Soo-Won’s (whom he considered a friend) betrayal shook his core.

Yun is an orphan boy who joins Yona and Hak in Episode 8 and serves as ‘Team Mom’ from that point on with his culinary and medicinal skills.

The descendants of the Crimson Dragon God’s fellow dragons, Kija, Shin-Ah, Jae-Ha, and Zeno (to a degree), are fantasy servant staples with their mix of personalities and powers.

Kija is the first Dragon Warrior to cross Yona’s path, an innocent and proper descendant of the White Dragon who inherited their single monstrous claw.

Shin-Ah is the soft-spoken descendant of the Blue Dragon who inherited their petrifying eyes.

Jae-Ha is the smooth-talking descendant of the Green Dragon who inherited their single powerful leg.

Well, I wouldn’t want to spoil the surprise.

And of course, there’s antagonist and cousin to Yona, Soo-Won, who proves a morally gray individual despite his first shocking act.

Unfortunately, there hasn’t been any news of a potential Season 2 since Yona’s finale in 2015.

On the bright side, the manga is still in-progress and sports many an interesting change in the dynamics within Yona’s group. The gravity of the situation remains throughout the series as Mizuho Kusanagi isn’t afraid to explore mature themes such as Yona’s shift from pacifism.