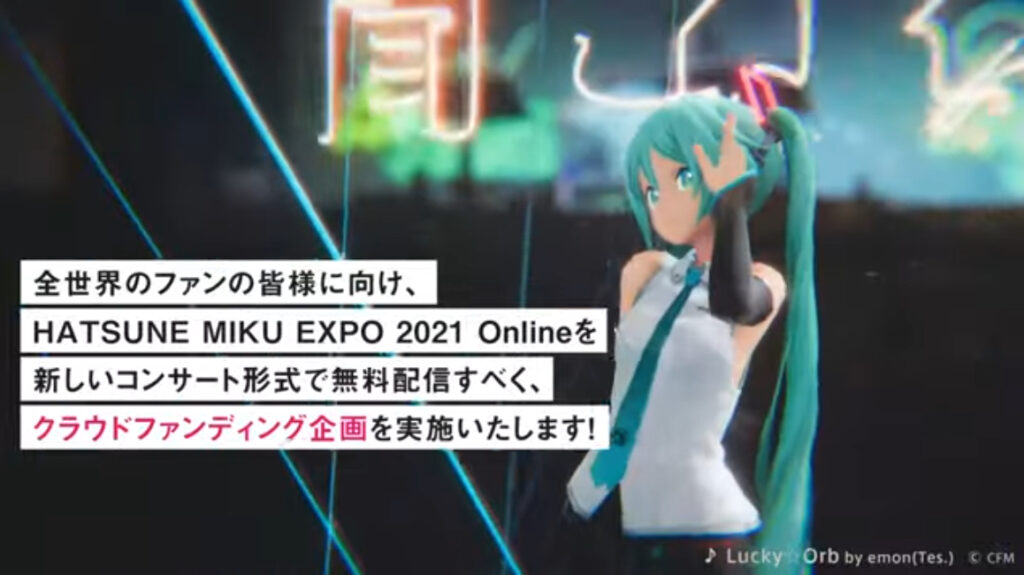 The international concert tour Miku Expo has been a big annual deal for Vocaloid fans ever since it started in 2014.

However, with the coronavirus’ own “world tour” still going strong, it was starting to look like there might not be a Miku Expo next year.

Fortunately, the folks at Crypton Future Media have apparently decided that they will not let COVID-19 stop them from presenting Hatsune Miku fans with at least some sort of worldwide concert experience.

On Thursday, the company launched a crowdfunding campaign for Miku Expo 2021.

The goal of the Kickstarter campaign is to have an online international concert event next year.  In and of itself, an online concert in the era of social distancing is not that unusual.  However, they also want the concert to be available for free in both Japan and around the world.

Crypton Future Media hopes to reach a funding goal of 25 million yen, or roughly $237,428 U.S. dollars. If the campaign reaches 30 million yen, they will expand the concert’s setlist to 12 songs. At 35 million yen, it goes up to 14 songs.  And, if they reach 40 million yen, a song contest winner will be added.

Miku fans will be able to contribute in a number of ways.

For just 1,000 yen, you can become a VIP member.  VIP members will have their name in the end credits.  They will also get the VIP e-mail newsletter for the latest Miku Expo news.

And it goes up from there. There are a lot of tiers, with the top tier being the 600,000 yen Producer Pack Deluxe.  The pack includes the right to specify a song to be performed on stage.

According to the Miku Expo website, if you reach this top tier, Crypton Future Media will pick one of several songs you suggest. 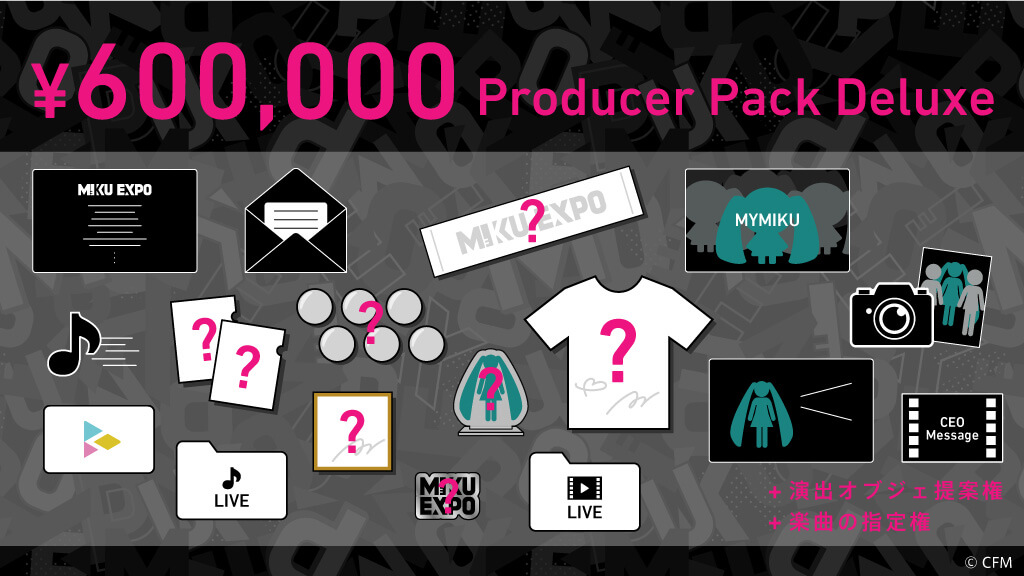 For 390,000 yen, you can get the Producer Pack.  The Producer Pack includes a video thank you message from Crypton president Hiroyuki Ito.  It also includes the right to propose a stage decoration for the concert.  Crypton will pick from several items you suggest.

You would also receive a “photo” with Miku.  Send in a photo, and Miku will be added to it.

According to Crypton Future Media, there have been 68 live Miku Expo performances in 30 cities.

So, it seems likely that there will be a free Miku Expo concert next year. It is simply a question of how big it will be.