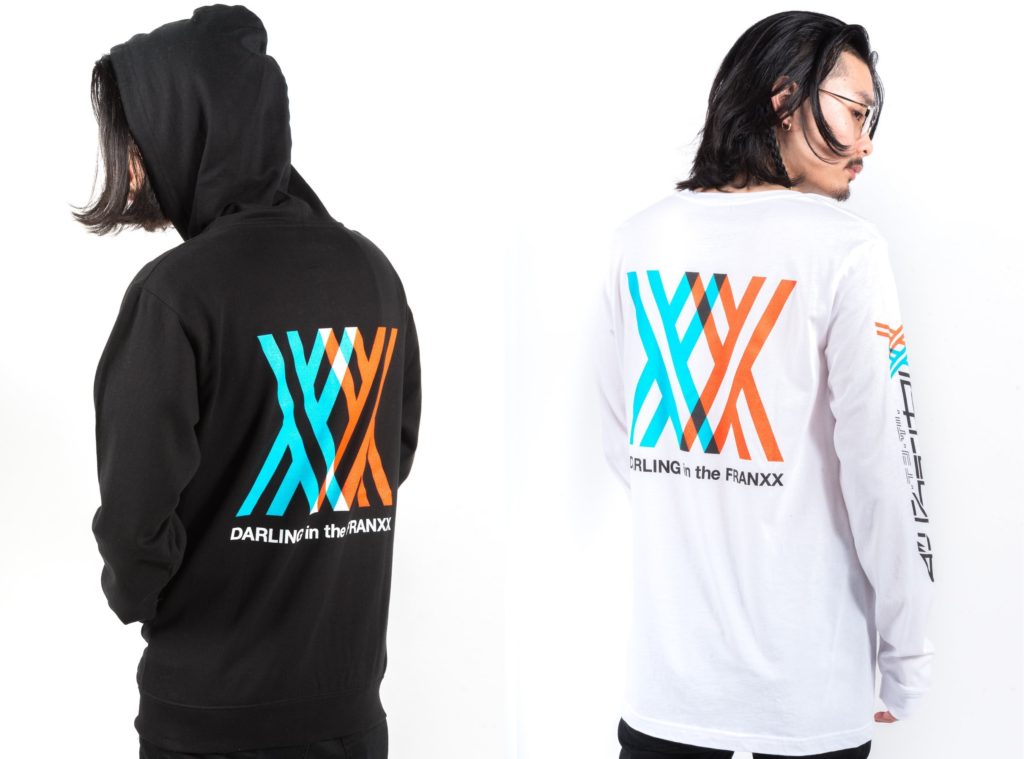 Crunchyroll is partnering with DARLING in the FRANXX for another limited-edition apparel run. Serving as a successor to other limited edition runs, such as the recent Mob Psycho 100 collab, there is definitely a high bar when it comes to delivering on good designs. Does this new collab rise to the call though? Just like previous limited-edition runs, these won’t ever be restocked, and at the time of writing, the “Franxx Pilot Long Sleeve Tee” has already been sold out. 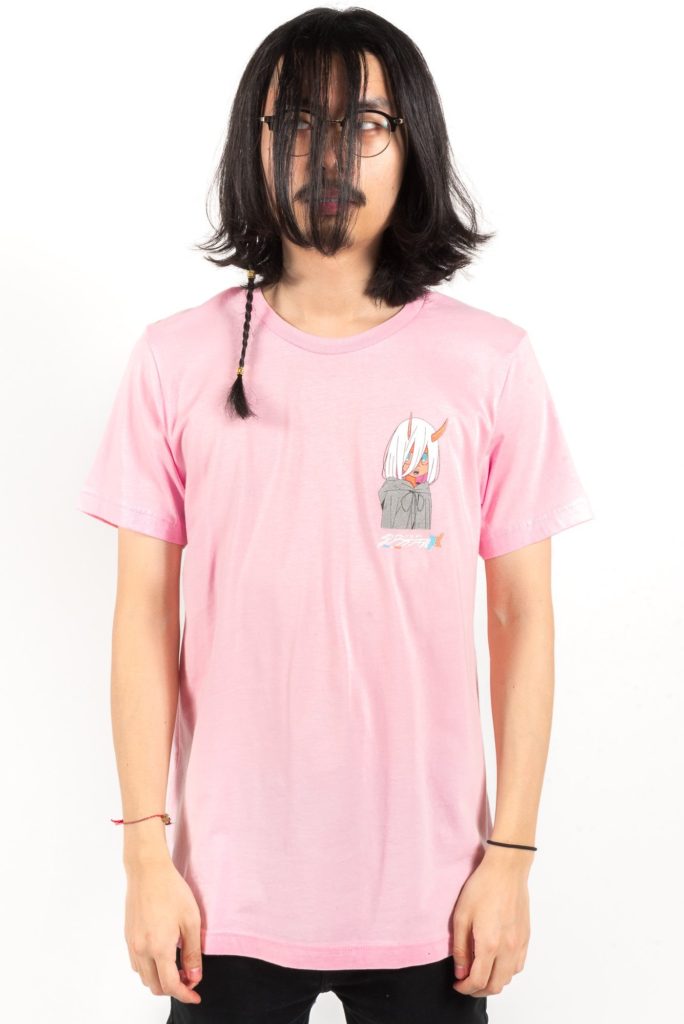 To be honest, the only thing that really catches my eye here is the “My Darling Tee”. The young 02 on the design feels really cheeky, and the branding is quite subtle. This makes for a fairly tasteful and low-key anime shirt that you could get a lot of wear out of. I’m also quite partial to the tone of pink used on the shirt, but it probably isn’t for everyone. 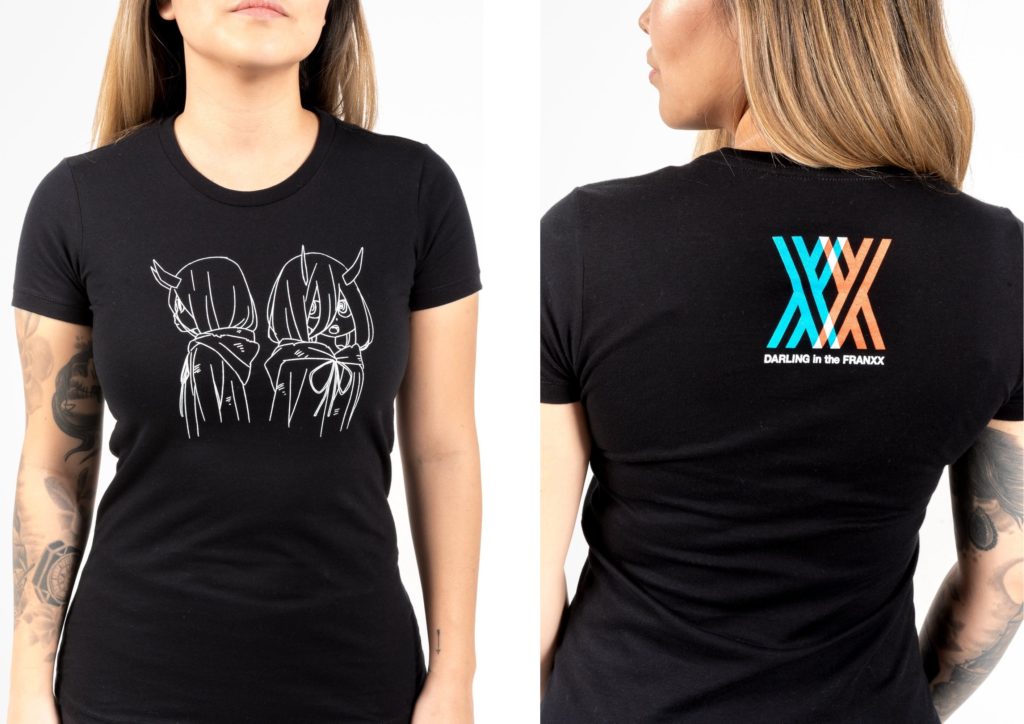 On the other hand, the “Parter Killer Women’s Tee” doesn’t quite compare. The charm of young 02 is feels lost in translation, and the white lines on a black background feel a whole lot more uninspired. The obvious logo on the back clashes a bit with the humble aesthetic they were trying to achieve on the front. Something also strikes me as off-balance for the design on the front, the front-facing 02 travels a significant amount further from the center than the one in profile.

The “Franxx Pilot Long Long Sleeve Tee”, Kiss of Death Zip Hoodie”, and “Franxx Cap” all feel fairly standard from what we’ve seen out of DARLING in the FRANXX merchandise. Nothing strikes me as noteworthy, though based on how quickly it sold out, the long sleeve tee undeniably has people excited. 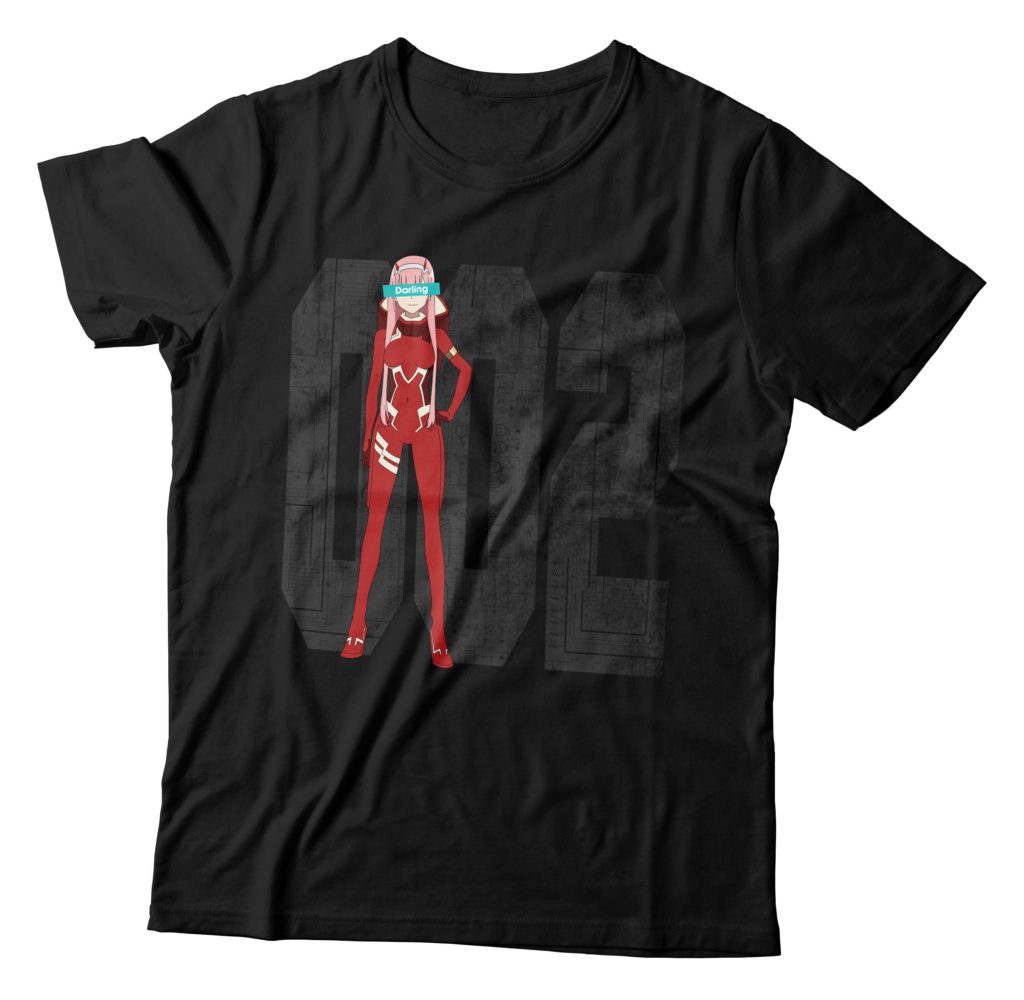 The absolute worst offer of poor design has to be the aptly titled “Zero Two T-Shirt”. This falls into the realm of cliched anime merch, with character art that feels like it’s been pulled straight out of the show and the character’s name plastered on the background. The only difference between this and more generic merch is the wannabe box logo censoring the eyes of 02, which not only overdone, but completely out of place in this design. This kind of misused trope broadcasts a strong sense of social unawareness, which would put this shirt on a long list of “shirts you should never wear in public”.

Overall, this limited time collab whimpers in comparison to the previous Mob Psycho 100 collab. The designs are fairly weak across the board, not to mention it misses out on the timeliness of the Mob Psycho 100 collab had. That being said, if you’re interested in any of these items, they can be purchased from this page.

Crunchyroll Online Store, DARLING in the FRANXX, Aniplex
CrunchyrollDarling in the Franxx
Join Our Discussions on Discord
Join Now