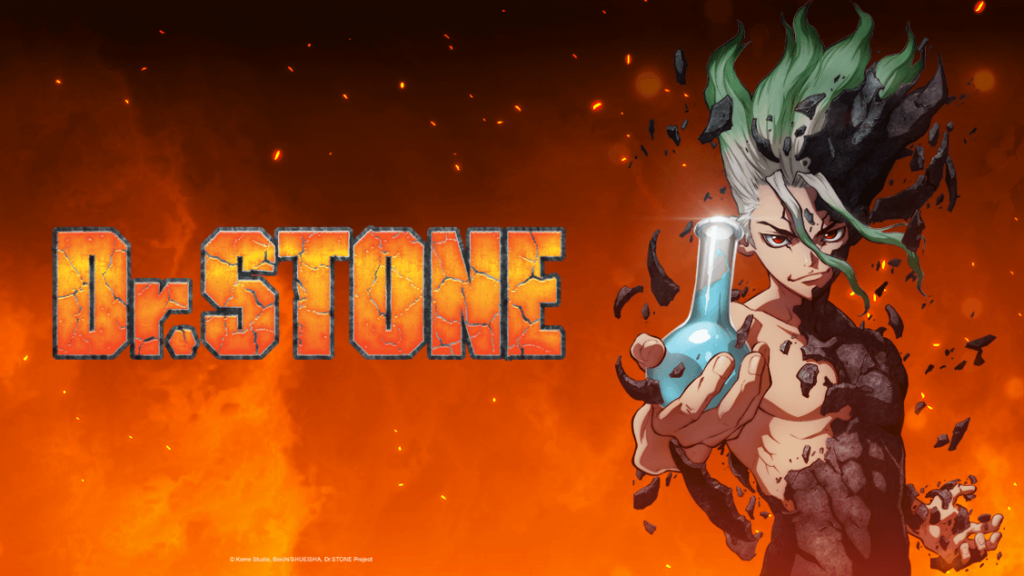 We’re just over a month away from the premiere of the Dr. STONE anime. It’d be an understatement to say that I’m excited, but it seems like there are people out there who are even more excited than me – one being Crunchyroll, who have gone crazy for Riichiro Inagaki and Boichi’s series in light of their announcement that they have obtained streaming rights for the series.

Dr. STONE will be part of Crunchyroll’s summer lineup this year, and it’s clear that they’re banking on the series being a big success. This is a reasonable expectation, given how good the source material is and how passionate the staff behind the anime seem to be about the project, but also because of how successful this year’s The Promised Neverland was – also an atypical Weekly Shonen Jump property that shares much of its appeal with Dr. STONE.

In order to make Dr. STONE into the success they want it to be, Crunchyroll will have to step up their marketing game to make the series stick out from the countless other shows on their platform. They’ve certainly made some bold steps forward to do so, in the first instance by subtitling and releasing the second PV that was released back in March. Check it out below:

Crunchyroll also intends to push Dr. STONE via social media, as evidenced by changes to their Twitter profile. Both their banner and profile picture on Twitter has been changed to Dr. STONE-themed images, with the latter being an adorable picture of Crunchyroll-hime cosplaying as Senku.

This certainly isn’t the first time that Crunchyroll has used its social media to push a particular series. In fact, this season saw them pushing Rising of the Shield Hero via their social media, and they have been behind a lot of My Hero Academia hype in the past.

But this Crunchyroll Dr. STONE partnership has me excited. If all things go well with the anime adaptation, particularly with regards to how TMS Entertainment handle the first arc, then we could be looking at another smash hit in the west – and a well-deserved one, at that.