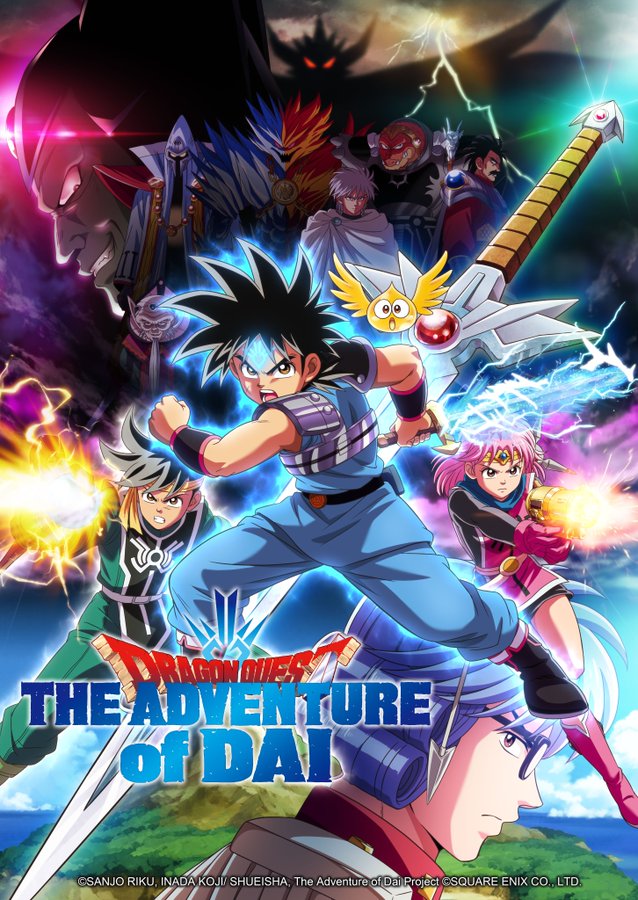 Both Crunchyroll and Hulu will stream the new Dragon Quest: The Adventure of Dai anime series.

Toei Animation’s U.S. division made the announcement on Twitter on Oct. 1.

In addition, Crunchyroll put a teaser for the new series up on YouTube.

The series is also known as Dragon Quest: Dai no Daibouken. In Japanese, Dai’s adventure (“bouken” or “boken”) is more great (“dai”) than it is in English.

The anime is based on Dragon Quest: The Adventure of Dai, a 1989 manga adaptation of what is now considered a long-running RPG video game franchise.

At the time, there were only three games in the Enix series. Enix hadn’t even merged with Square yet.

As of this year, there have been 11 Dragon Quest games, plus numerous spin-off games. The games have inspired multiple manga series, a couple of different anime shows, light novels, and a handful of films.

In the manga, Dai is the only human on an island of (peaceful) monsters.  He sets out to defeat the Demon King, who has returned after years of peace.

In the new series, Atsumi Tanezaki is the voice of Dai.  She was also Miu Amano in Blend S, Chise Hatori in The Ancient Magus’ Bride, and Rio Futaba in Rascal Does Not Dream of Bunny Girl Senpai.

According to Toei, Hulu will have the Dragon Quest series in the United States, while Crunchyroll will stream it in North America, Latin America, Australia, New Zealand, Africa, the Middle East, and Europe.

Anime Digital Network will also carry the series in France.