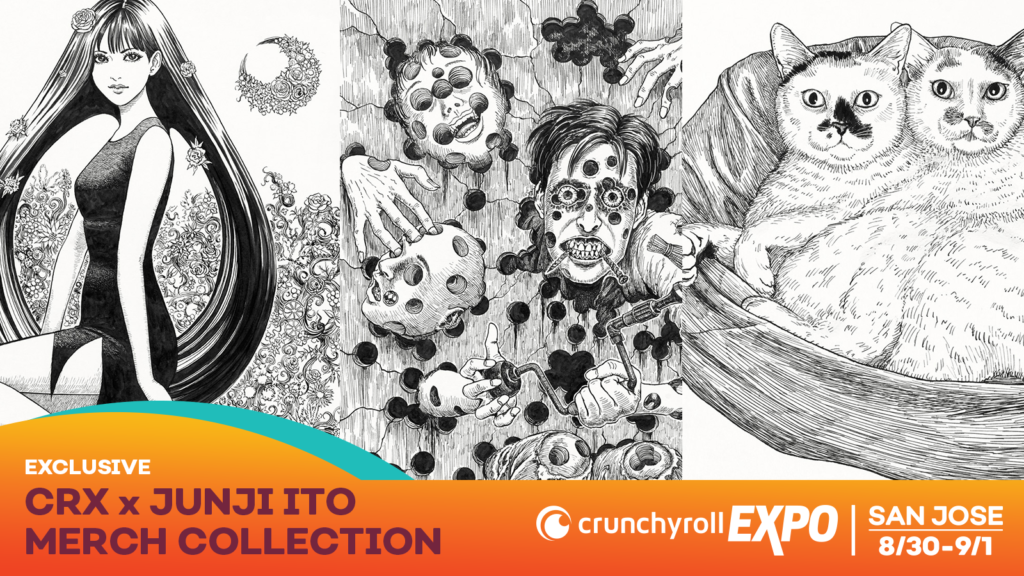 You would think we’d be hitting critical mass with the amount of Junji Ito merchandise coming out lately. The famous otaku goods store Mandarake teamed up with Ito for some exclusive goods in May and just a couple weeks ago the online anime merch retailer AMNIBUS debuted their new Ito merchandise too. The US chain Hot Topic has been carrying some good Junji shirts and hoodies for a while as well. With a nearly endless supply of Junji Ito apparel out there, you might be thinking that enough is enough. You don’t need another Uzumaki shirt, right? That’s the genius of this new line by Crunchyroll; the CRX x Junji Ito line that’ll be exclusive to the upcoming Crunchyroll Expo will feature all-new, never before seen art.

While we don’t know what images will be on what kind of clothing yet, we know the drop has three stunning illustrations not seen elsewhere. Above, we have a chunky two-headed cat on a bean bag chair; Ito’s mostly known for his horror but hardcore fans know he has a thing for cats and even did a one-shot called Junji Ito Cat Diary: Yon and Mu. The other two illustrations feature the heavy inks, gorgeous composition, and sense of unease we know and love him for. 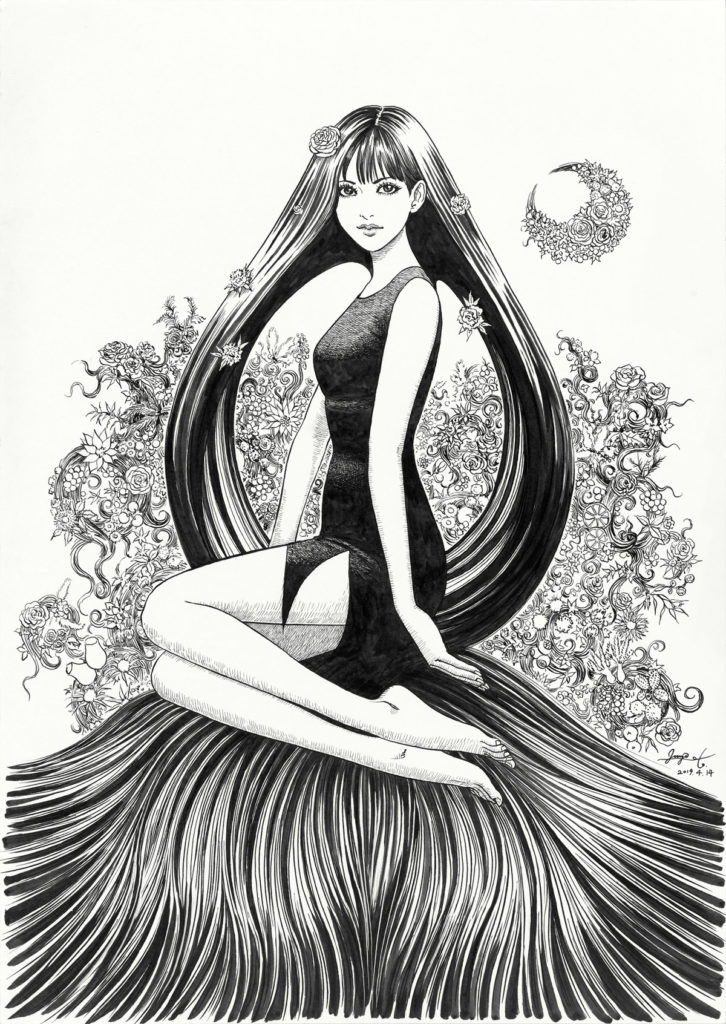 It’s amazing to see just how far Junji Ito’s popularity overseas has come. His comics were released in The United States in the very early 2000s but only sold moderately well at the time. Due to constant internet exposure from the later 2000s until now, he’s become a household name not just for anime fans but for anyone who spends too much time on the internet. Viz Media has been releasing and rereleasing lovely hardback editions of his works, the latest being Shiver. 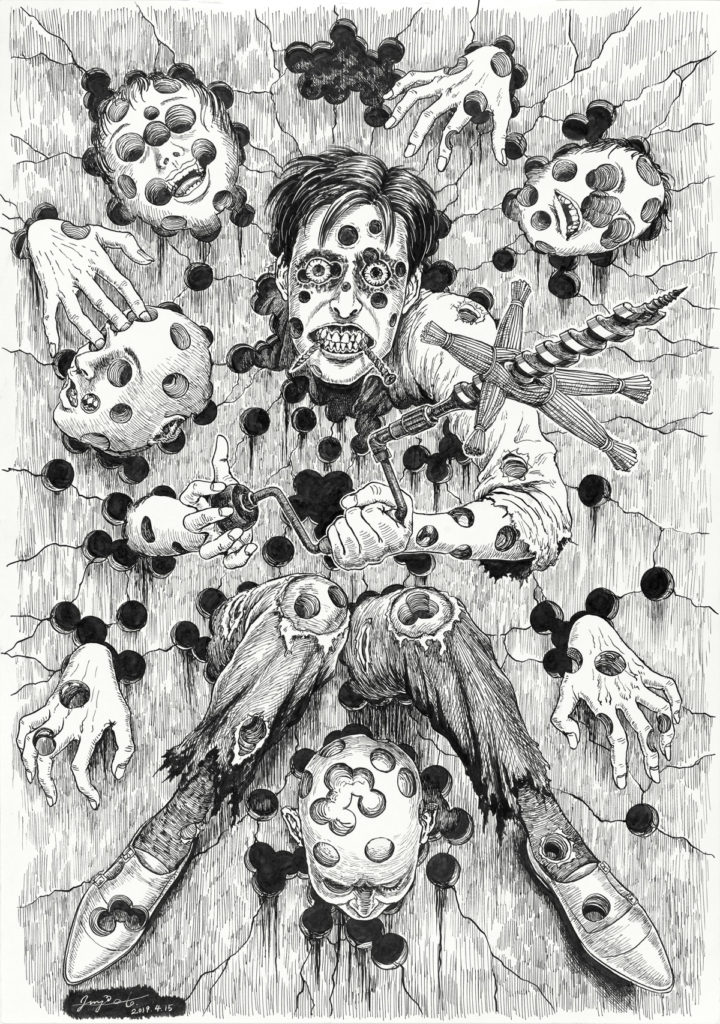 This Junji Ito collection will be available at Crunchyroll Expo this August. For those unavailable to attend the convention, Crunchyroll’s official online store has begun stocking several exclusive pieces of merchandise, including an official Junji Ito skateboard.