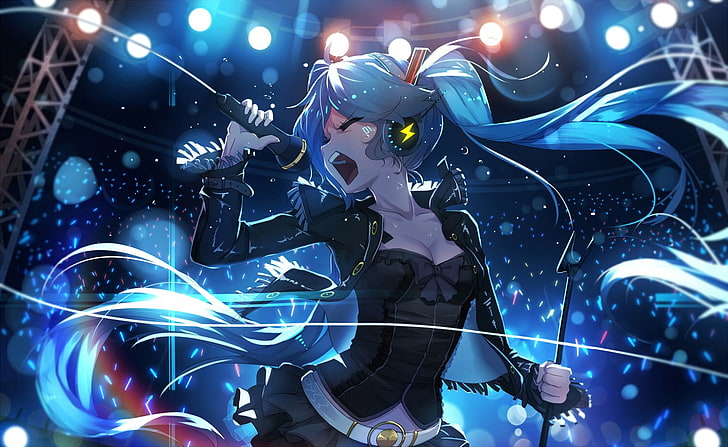 International virtual pop star Hatsune Miku will soon be able to add another title to her biography: lead character in an animated series.

According to reports, Crypton Future Media will team up with digital comics and animation company Graphic India, and brand building and licensing company Carlin West Agency to create an original animated series. The partnership will also include ‘Webtoons and comics.’ (Deadline Hollywood and PRNewswire both capitalized Webtoon, but it’s not clear if they actually mean the Korean company WEBTOON, or just digital comics in general.)

So far, we don’t have many details on the animated series or the other projects. Crypton Future Media overseas licensing director Guillaume Devigne said that they ‘have found a unique way to create an original animated series that stays true to the essence of Miku.’

Miku’s star has been rising steadily since she was ‘born’ in 2007 as part of Crypton Future Media’s Vocaloid software voicebank. Through the magic of holographic technology, she has performed live at concerts in Japan, Los Angeles, and elsewhere around the world. She has done commercials for FamilyMart, and opened for Lady Gaga.

Somewhat surprisingly, her anime appearances have been limited, often as a cameo or the punchline to a joke. For example, she auditioned as a voice actor in an episode of Zoku Sayonara, Zetsubou Sensei. She also performed an ending theme song to the anime series Yamishibai: Japanese Ghost Stories. And then there’s this oddity:

Of course, given the crowdsourced nature of Vocaloid songs, Miku has also appeared in a lot of unofficial manga, animated music videos, and so on. The Chibi Miku-san yonkoma manga by Minami is worth looking at.

However, this will apparently be the first official attempt at a Hatsune Miku animated or anime series. (Is it anime if the animation company is from Bangalore?) Either way, lots of Miku fans will be keeping an eye on this.