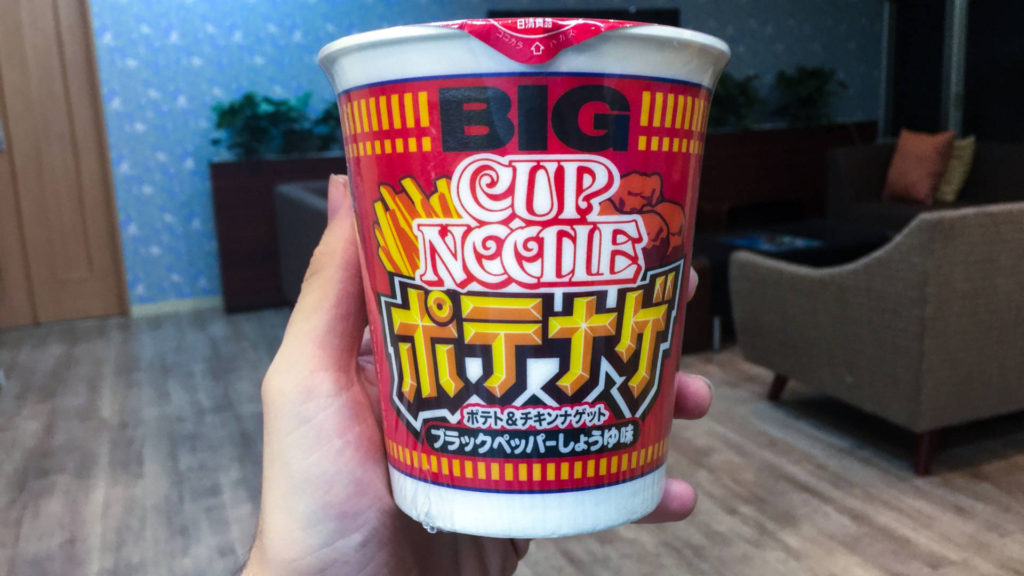 Since the very conception of Cup Noodles almost 60 years ago in 1958, manufacturer Nissin has constantly been looking for new ways to innovate. For some, innovation comes in the form of redesign and creation; for others, it comes in the form of ‘Fried Potato & Chicken Nugget’ flavored instant ramen. Today I was given the opportunity to partake in innovation, and honestly, it tastes pretty incredible. If given the chance, I’d probably go as far as to recommend you try this weird and wonderful flavor — if you dare. For a Cup Noodle brand as easily identifiable as Nissin, you eventually reach the point where you have to do some pretty weird things to stay on top. Between their ridiculous ‘Milk Seafood’ flavor they released in 2017, the announcement that they would henceforward refer to their topping as ‘Mystery Meat,’ and the gorgeous animated ads the company produces, there’s definitely a growing library of strange. Frequent OTAQUEST collaborator The Canipa Effect was even so wowed by some of the things the company had done in the anime department that he made a whole video about it:

Back to the topic at hand, however, Nissin Cup Noodle’s latest ‘Fried Potato & Chicken Nugget’ flavor combination is an absolute fever dream. I’m a lazy boy, meaning there are basically three major food groups for me: instant noodles, fries, and chicken nuggets. This combines the three of those in an oddly coherent method, and I’m all for it.

The noodles use a black pepper soy sauce seasoning packet, with both small potato pieces and chicken nugget ‘mystery meat’ rests atop. Cook it up and you’re given what’s essentially boiled potato and chicken nuggets — if you’d really call it that. Apart from that, however, it’s basically your standard Cup Noodle affair, something else I’m totally cool with. If you’re in the Japan area anytime soon and are dying to try these, I managed to find mine at a local Family Mart, making the restock process easy once I realized how much they ruled.

If Cup Noodle is your thing, you’ll probably want to check out the official website. Following that, the Cup Noodle Twitter account absolutely slaps and is definitely worth checking out too.

One Piece Gets Schooled in Gorgeous New Cup Noodle Ad