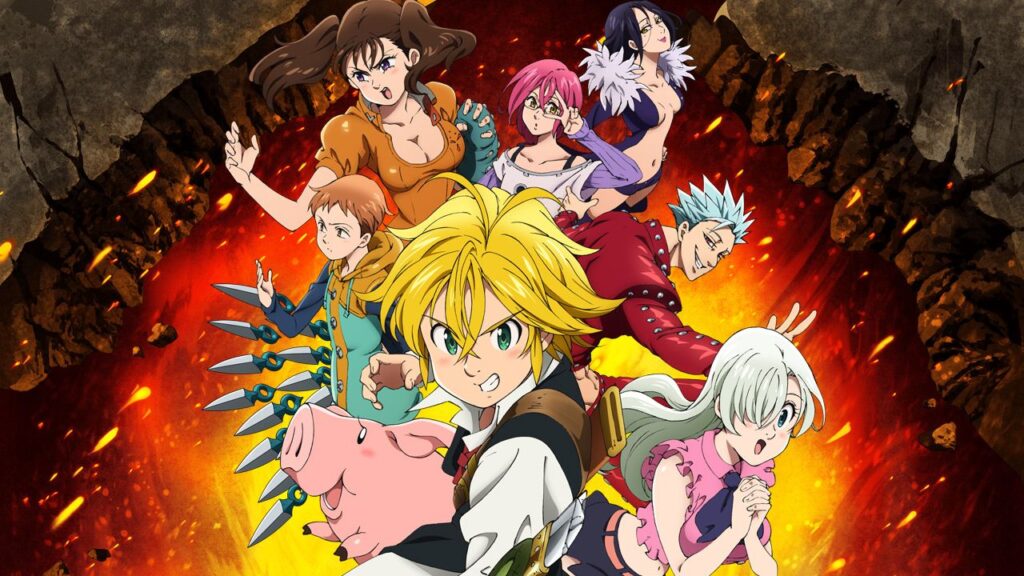 For a long-running shonen manga that ended almost a year ago, Nakaba Suzuki’s The Seven Deadly Sins continues to chug on. Best described as ‘if Final Fantasy IX was a battle comic’, it won fans over with a lovingly old school flare drawing back to classic RPGs and a 90s inspired art style, neither influence expressed all that gimmicky. The show’s fifth iteration, The Seven Deadly Sins: Dragon’s Judgement, just premiered on Japanese television last week and one assumes it’ll come to Netflix eventually. You’d think the full-on sequel manga in development and a new season of the anime would be enough, but this summer will see an original Seven Deadly Sins film with the subtitle Cursed By Light.

We can’t present anything other than the film’s logo for now, but indeed a second The Seven Deadly Sins film subtitled Cursed By Light is on its way, even if they didn’t drop a teaser or detailed visual along with the announcement. Not taking ques from Demon Slayer: Mugen Train, Cursed By Light will be an entirely original story. However, series creator Nakaba Suzuki will be penning the scripts, so one will hope the film’s up to series snuff.

Would you believe us if we told you the original Seven Deadly Sins manga was nine years old? If we said it’s first season dropped all the way back in 2014 alongside the likes of Tokyo Ghoul, would it stir something in your aging soul? Cursed By Light continues on this beloved legacy that, even though never reigned as the number one shonen series, has subtlely endured a lot longer than some others. Of course, with its sequel series launching next week, we imagine it’ll continue to endure for the foreseeable future.

The Seven Deadly Sins: Cursed By Light drops this summer.

From Anime to Manga, The Seven Deadly Sins is a Blast

Man With a Mission: The Masked Band Behind Songs Like Seven Deadly Sins