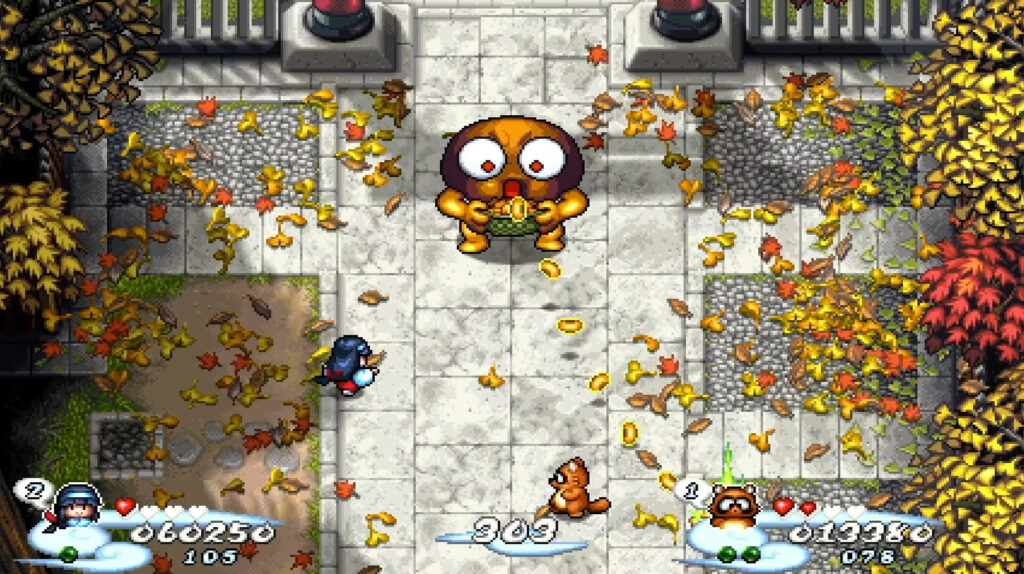 If you asked international audiences to name a cute shoot-em-up featuring a shrine maiden, KiKi KaiKai and its Pocky & Rocky sequels probably wouldn’t be the first games to pop to mind. Nonetheless, this 1986 TAITO game will get another sequel in the fall of 2021.

In Japan, it will be known as KiKi KaiKai Kuro Manto no Nazo, or Kiki Kaikai: Mystery of the Black Cloak. The English localization title will be Pocky & Rocky Reshrined.

Check out this promo from the Tengo Project team at Natsume Atari, who are developing the game:

As you can see, the game features a Shinto heroine and her tanuki friend. Pocky is the girl; Rocky is the tanuki. In Japanese, the shrine maiden is called Sayo-chan; the tanuki is called Manuke.

It’s not quite the Bullet Hell world of Touhou Project, but Pocky does shoot dozens of paper seals at her various enemies. Although this is a new game, the whole thing evokes 16-bit style. It’s very retro, and very cute. 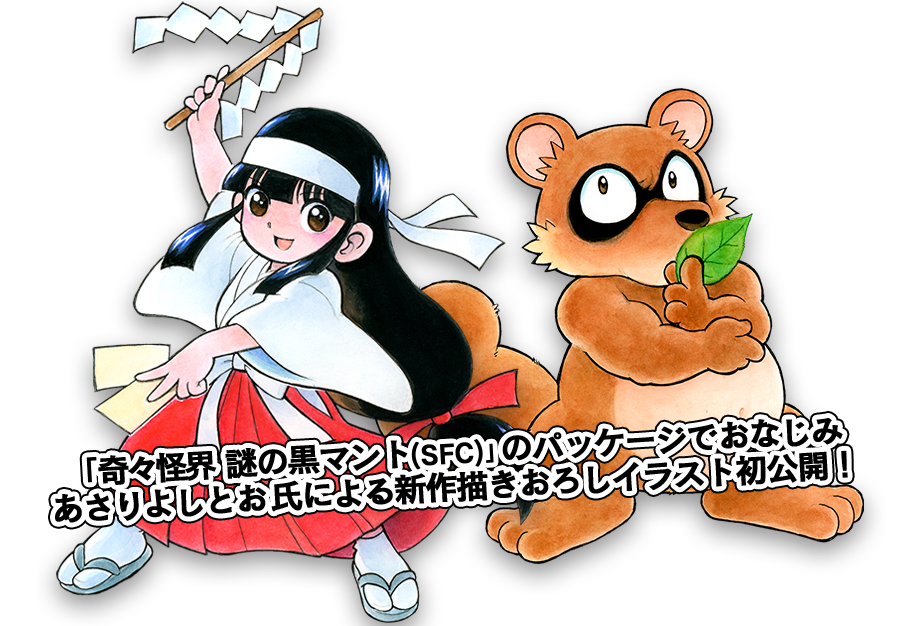 The 1986 version didn’t get a console release outside of Japan. The Super Nintendo version was imported to North America in 1993 as Pocky & Rocky. Although there have been various ports, there hasn’t been a completely new game since Pocky & Rocky 2 in 1994.

The creators are already planning English, Chinese, Korean, German, and French translations. It will be available on Nintendo Switch and PlayStation 4. See the game’s website here.

other Steph Donaldson 1 month ago