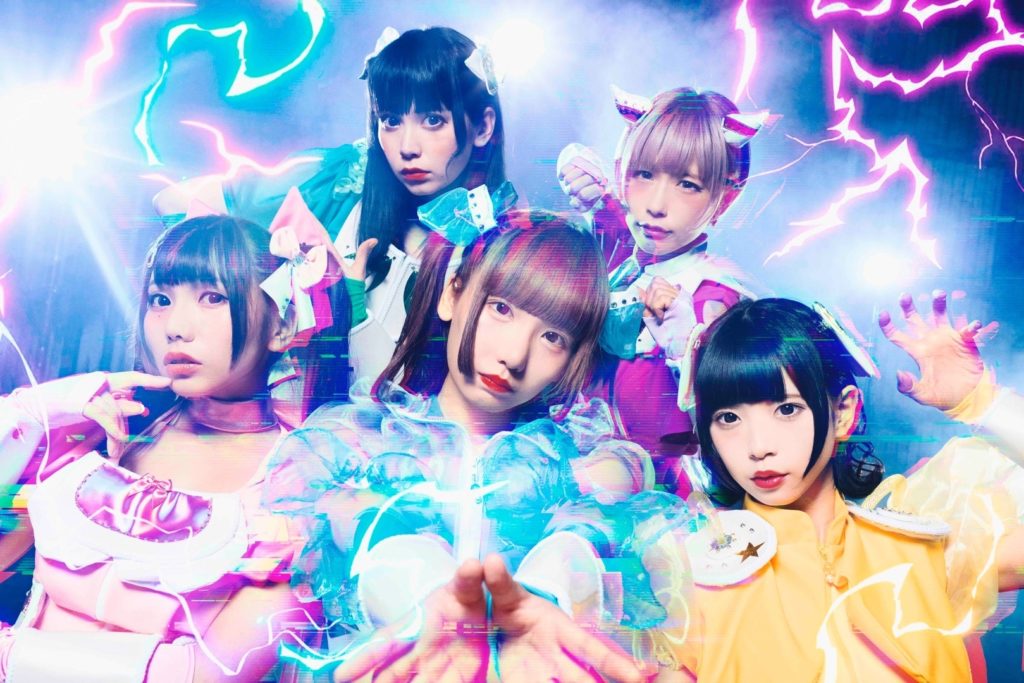 I’m a fifteen-year idol fan, but I’m not blind to the stereotypes associated with the genre. Most often, I’m told that every idol group, regardless of agency or age, sounds exactly the same.

When I stumbled upon cy8er, I had finally found proof to the contrary–a carefully cultivated mix of classically cutesy vocals with bass drops and hard drum beats to boot.

The new poster children of the ‘Alt-Idol’ movement, cy8er’s hits ‘Hello new generation’ and ‘te to te’ have brought an influx of new fans, both from Japan and around the world.

Future Bass: The Foundation of a New Type of Idol Group

Ichigo Rinahamu, known during this period as Yokoyama Rina, was known to idol fans as an early member of the massively popular group BiS, having graduated in 2011, the first in the group to do so.

Along with soloist Nicamoq, the two formed this electro-idol unit, releasing their first and only single under the moniker, “online 1st” in May 2016.

After releasing their only album “BPM15Q all songs” at the end of 2016, Nicamoq graduated from the group. Determined to carry on, Yokoyama quickly announced that the group would carry on, and began auditions to add suitable members to the unique project. Koinumaru Pochi and Suzukawa Mashilo, the latter of which had previously debuted in idol rock group DEEP GIRL, joined in January 2017.

Cy8er released their first single as a trio in March 2017, titled “Remix Start”, though they would find more success with “Te to Te”, released in April.

Though cy8er’s unique sound may be enough to distinguish them from the competition, their promotional activities have often sparked chatter–and sometimes outrage–on social media.

At the Budokan Idol Expo in 2017, cy8er decided a handshake event was a little too normal, and instead opted for a hug event with a twist.

The girls showed up in full hazmat suits which served to be an extremely successful marketing ploy, helping cy8er stand out from the ultra-frilly crowd. 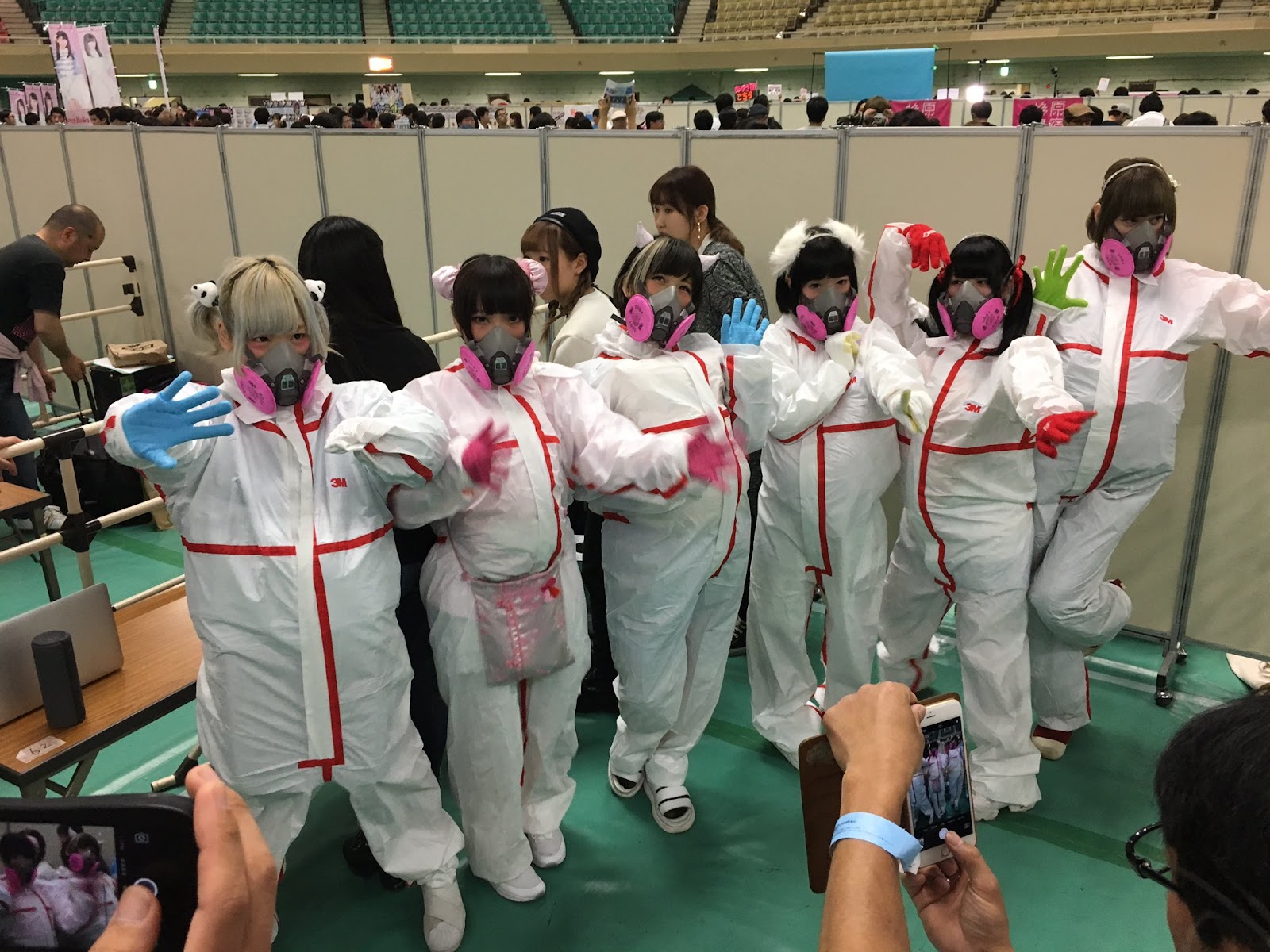 “Hello New Generation”, the first cy8er album released in early 2018, with the title single finding acclaim online for its unique sound and visuals. During this time, Naatan left the group with very little warning, and cy8er has continued with five members to this day.

As is true with most idol groups active today (at least, those with a reasonable number of members,) each girl reps a different color and style, with fans fervently supporting the one that strikes their fancy.

Fans of idol pop and fans of Harajuku fashion enjoy some heavy overlap, and multitudes of fans found themselves in style heaven when members of cy8er began promoting the galaxxxy clothing brand in 2018.

For an independent group with somewhat limited engagement, this kind of work quickly gained them more than a quick glance from the mainstream. In 2019, cy8er announced via a free concert their upcoming major debut in 2020, promising that this insanely promising group wouldn’t be left in the dust. 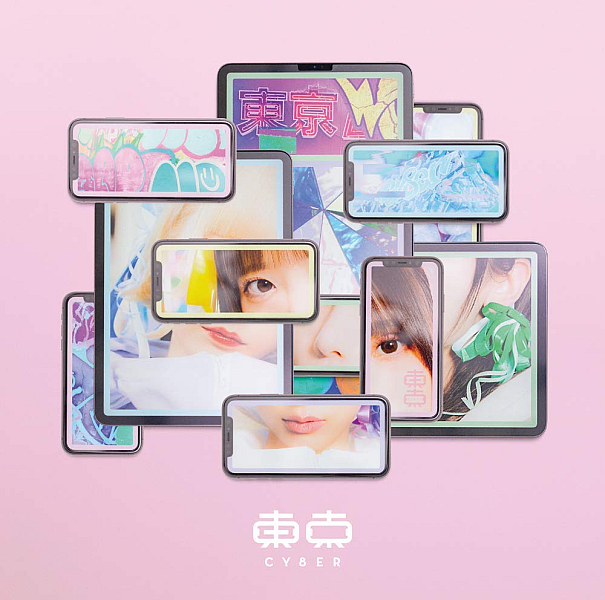 Who are the Current Members of cy8er?

With their own unique styles and quirky-cute nicknames, the member lineup for cy8er brings something for every type of idol fan.

Fans of cy8er, known as the Sabai community, have been the backbone of this eccentric group from the beginning, and the fuss is only growing. The lyrics of the group’s hit song “Hello New Generation” sum up the group’s bright future–’Let’s continue to knock on the door to the new world.’

Right now, in the midst of worldwide panic and uncertainty, the group delivers a musical escape which many people need to survive the daily monotony of being stuck inside. (Don’t worry, their music is on Spotify.)

Like the rest of the idol world, the current pandemic has put a halt to all outside activities. Other idol groups have resorted to live-streaming concerts or offering rehearsal footage on Youtube to fill the gap.

The April 10th cy8er concert, celebrating Rinahamu’s birthday, has been postponed until at least June, with no other event plans posted.

Though this is a major hiccup, fans eagerly await the announcement of new music through the member’s individual social media pages. Myself included.