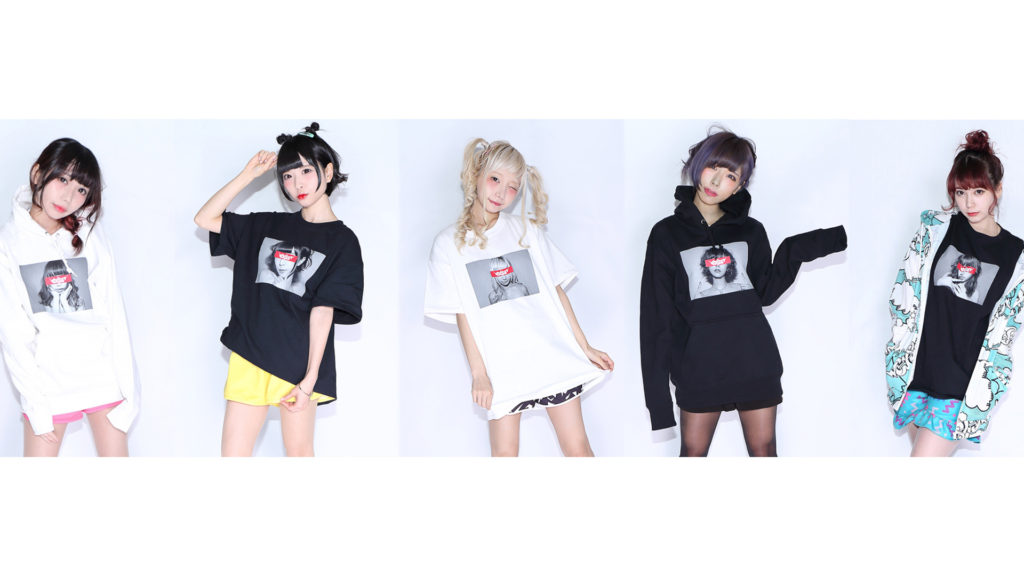 It was only a couple of months ago that I wrote about a collaboration between Japanese idol group CY8ER and Shibuya-based fashion brand Galaxxxy, and it looks like the two are already back for more. While the previous collaboration found its footing by utilizing the design of Galaxxxy’s previously-released “manga jacket”, the latest collaboration positions itself in a much simpler way. In a manner that almost feels like a callback to CY8ER predecessor BiS, the latest collaboration features each member of the group’s upper-body topless with the CY8ER logo placed over each of their eyes.

Available in black and white colorways on either a t-shirt or hoodie canvas, the “WANTED” collaboration is currently open for pre-orders and is set to begin shipping on December 25, 2018. While it might not scream “Galaxxxy” as much as the previous piece, it still consists of some pretty sweet pieces that I’m sure fans of the group will be dying to get their hands on. Priced at 3,900 yen for the t-shirt, and 7,000 yen for the hoodie, each of the pieces are available for purchase now, with a restock of the original collaborative manga jacket available for sale too.

Of course, because CY8ER is an idol group there was also cheki’s involved, with off-shoots being sold for around 1,000 yen a piece. With that being said, fans were pretty quick to pick them up, with all pieces currently sold out. Those interested in getting their hands on either the first or second Galaxxxy x CY8ER collaborative collection, be sure to check out the official website.