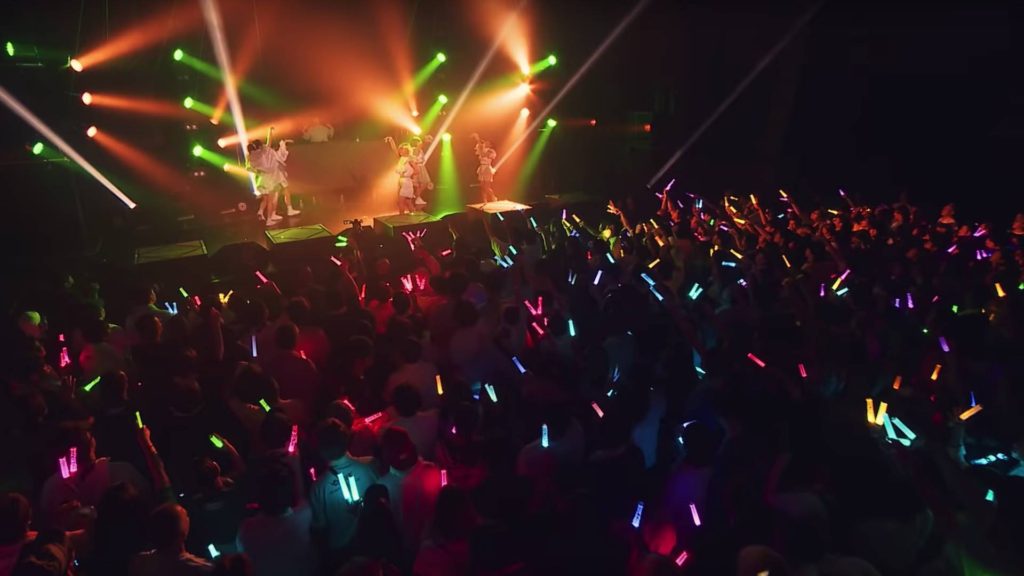 We’ve been giving a fair share of coverage to Japanese idol group CY8ER for quite some time now, and not without good reason. They’re one of the most noteworthy idol groups out there right now, and that’s a trend that isn’t looking to change anytime soon — especially with these last few releases. Uploaded to CY8ER’s official YouTube channel earlier this week, the group began streaming the latest live video from their August 2 show at Shinkiba COAST, this time to the tune of “Guru Guru Continue”.

Released just in time for Halloween here in Japan, the live video gives fan just a small sample of what’s to come at CY8ER’s upcoming one-man live event at Roppongi EX Theater on December 26, 2018. With all five members of CY8ER performing on stage, while group producer Yunomi is up back DJ’ing, it’s pretty easy to see why the crowd are going so hard. I’m not too sure how well I’d fare at an idol live show, but damn, I’d love to check them out.

Though we’re still yet to see “Guru Guru Continue” receive an official release outside of the live video, it’ll be exciting to see just what they’ve got in the works, and how we’ll be seeing this track eventually get released. With a busy live schedule on top of a relatively frequent release schedule, I’m excited to see how CY8ER pushes forward into 2019. Until then though, you can check out even more info on everything CY8ER via their official website.