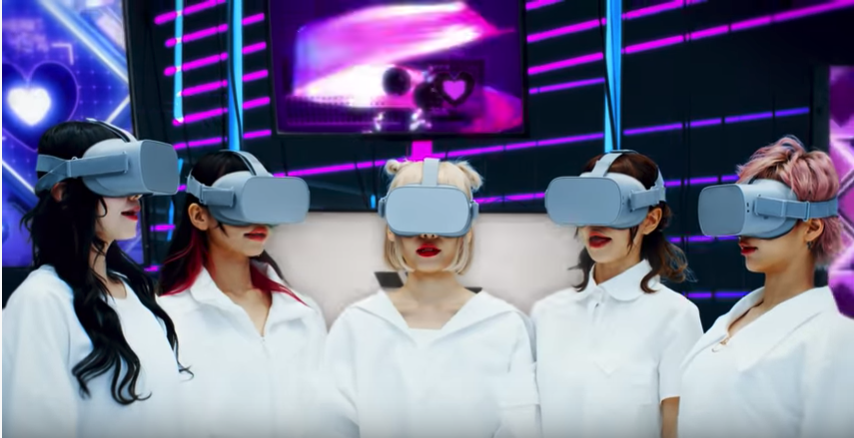 You need to look beyond the group itself when it comes to CY8ER. The upbeat electronic-music-inspired idol group brings all the usual elements of this corner of J-pop to their performance, but their defining attribute is the style of music they set as central to their sound. That means seeing who is producing the dance-pop whirlwinds released by the project is just as essential, as they are the ones shaping the very specific sound of CY8ER.

Before, that job mostly fell to Yunomi, who offered up a hyperactive chug bordered by cuddlier elements (some would call it “Kawaii-bass,” but your mileage with that might vary). CY8ER will make their major-label debut this January with Tokyo, a full-length featuring a lot of familiar names including Pa’s Lam System, Moe Shop, Tomggg, Yunomi and more. The first blast from that set came earlier this week and boasts the biggest name of all — Yasutaka Nakata. Listen to “Renai Reality Shyo” below, complete with VR-headset-heavy video.

This is what a major label can afford you, and in some way, the name recognition of having Nakata (here in the “featured” slot, which really underlines it) is far more important than what he brings to the song itself. “Renai” finds the ever-busy Nakata dipping into familiar sonic territory, specifically by picking up a bubbly hop-skip formula that recalls his work with Kyary Pamyu Pamyu (down to the EDM bridge late in the track). It’s definitely Nakata-esque, though given more inspired recent work for other artists, it feels like a bit like dusting off something found in the attic.

It does serve its function well, though. For many, this will be the introduction to CY8ER, and this one offers enough space and enough electronic frills to help them define who they are to new ears. That can hopefully lead them to an even wider range of dance sounds dotting next month’s Tokyo.