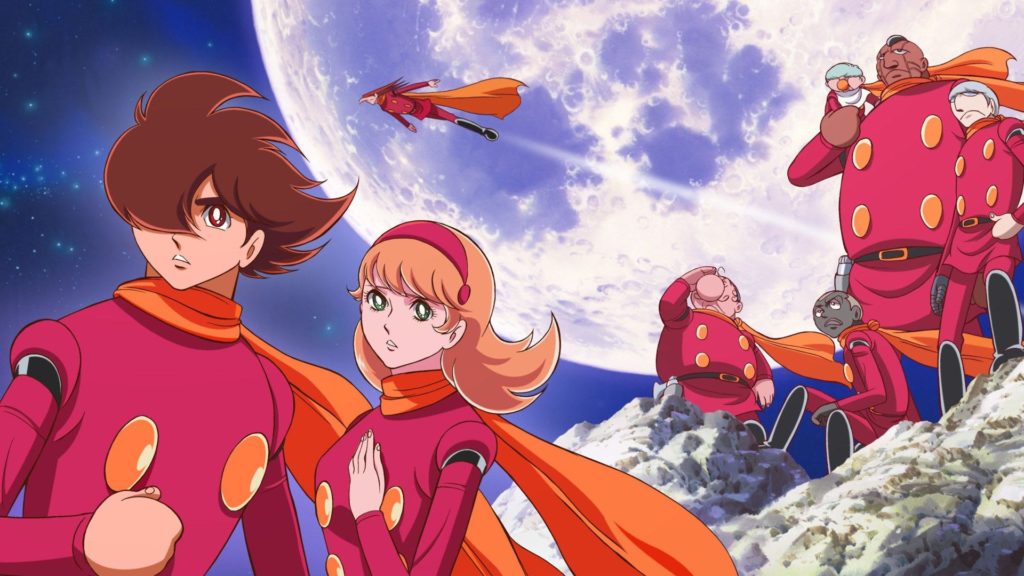 Cyborg 009 should be a name that any anime fan who cares about the history of the medium should be familiar with.

With the original manga created by the legendary Shotaro Ishinomori who also created Kamen Rider as well as Power Rangers, it’s a legacy franchise all its one that’s popped up time and again over the years.

Originally a product of the 60s, Cyborg 009 is something of a fusion between the Japanese brand of superhero and spies, which were incredibly popular at the time. While it’s not quite the seminal franchise Power Rangers aka Super Sentai and Kamen Rider have become in Japan, household names with new entries every year, Cyborg 009 still deserves its share of credit.

An Important Part Of The Ishinomori Productions Legacy

With all works that have come from the fingertips of the late great Shotaro Ishinomori, said to have drawn more individual pages of manga than anybody else including Osamu Tezuka, he’s a huge part of Japan’s beloved history of visual story-telling. Not limited to just anime and manga series, as we said Ishinomoi also created Power Rangers and Kamen Rider which have both been worldwide institutions in kid’s television programming. Cyborg 009 is a huge piece of the Ishinomori Puzzle.

Cyborg 009 is one of those series that most people in Japan, at least of a certain generation, have a passing familiarity with. With the original manga being serialized in all the big Shonen Magazines from Jump to Sunday Weekly Shonen Magazine, no matter which rage kids growing up in the 60s preferred they had some exposure to the cyborg gang.

More than that, it’s not like that many TV shows were being made in the 60s so if your family was lucky enough to have their own TV set, this was one of your routine Saturday morning cartoons.

The Basic Tenets Of Cyborg 009

No matter what iterations of Cyborg 009 you’re sinking your teeth into, whether it’s the original 60s classic or the Jun Kawagoe directed 2000s series, you’ve got your essential Cyborg lore that’s made for such a time tested set up. It may sound like a dated premise, and admittedly it kind of is, but we wouldn’t have our shonen stories of today without Cyborg 009 and the other Ishinomori Productions works.

The 00 Cyborgs were originally created by the nefarious Black Skull / Black Ghost, depending on what iteration you may be watching, as a means to further his now cliched taking over the world plot.

However one of his top scientists, Dr. Isaac Gilmore, decided to escape from The Black Skull with the Cyborgs in order to prevent catastrophe. He acts as a Professor X figure to the team, leading them from behind the scenes and giving Joe Shimamura aka Cyborg 009 himself and the rest of the gang moral and practical guidance.

The Black Skull Black Ghost, whichever he may have been called in the English dub people watched on TV in the 2000s, is the main and first big antagonist of the series.

We do see some other groups of enemies later on though, like the Cyborg Assassins, a host of evil scientists, and the under-earth Yomi Kingdom warriors. The Mythos Cyborgs, The Mutant Warriors, with baddies like these it’s no wonder Ishinomori works have been turned into monster of the week galore of generations.

Many Cyborg 009 Anime Have Been Made Over The Years

Roughly once a decade or so, Cyborg 009 gets a new anime TV adaptation and film.  You have your late 60s  original series,  the late 70s remake, and the 2001 series Cyborg 009 Cyborg Soldier which aired on Cartoon Network and now available on Blu Ray from Discotek Media. Not to mention, various spin-offs like The Skull Man were made over the year and there’s also all the fare that Netflix would eventually make.

In addition to the numerous TV shows, a number of Cyborg 009 films have been produced since the 60s too. It has to be up there with Astro Boy in terms of how many times the one single manga has been remade.

With Shotaro Ishinomori’s name being attached and Cyborg 009 being a huge part of many people’s childhoods, there will always be some interest in the franchise.

Netflix has had an interesting approach to anime both in Japan and abroad.

They’ve been acquiring a mix of older shows as well as helping fund new shows, some they air exclusively outside of Japan and otherwise they hold worldwide rights to. In the second half of the 2010s someone at Netflix decided Cyborg 009 would be a franchise worth investing time and money into.

Whether it was a Japanese executive who made an argument for his childhood favorite or the product of an algorithmic decision, only those at Netflix would know. The streaming service giant has created not one but two original entries that are still viewable on the platform.

The company has since seemed dedicated to a couple other older franchises as well, helping fund and create new instalments for Devilman as well as Saint Seiya.

Crossovers in the realm of anime aren’t as common as they are in comic book movies, due to the fact that they’re the product of many different creators working with many different companies. Due to complicated licensing rights, the crossovers that do end up getting produced often can’t be released outside of Japan. Just look at the Super Robot Wars series for example. 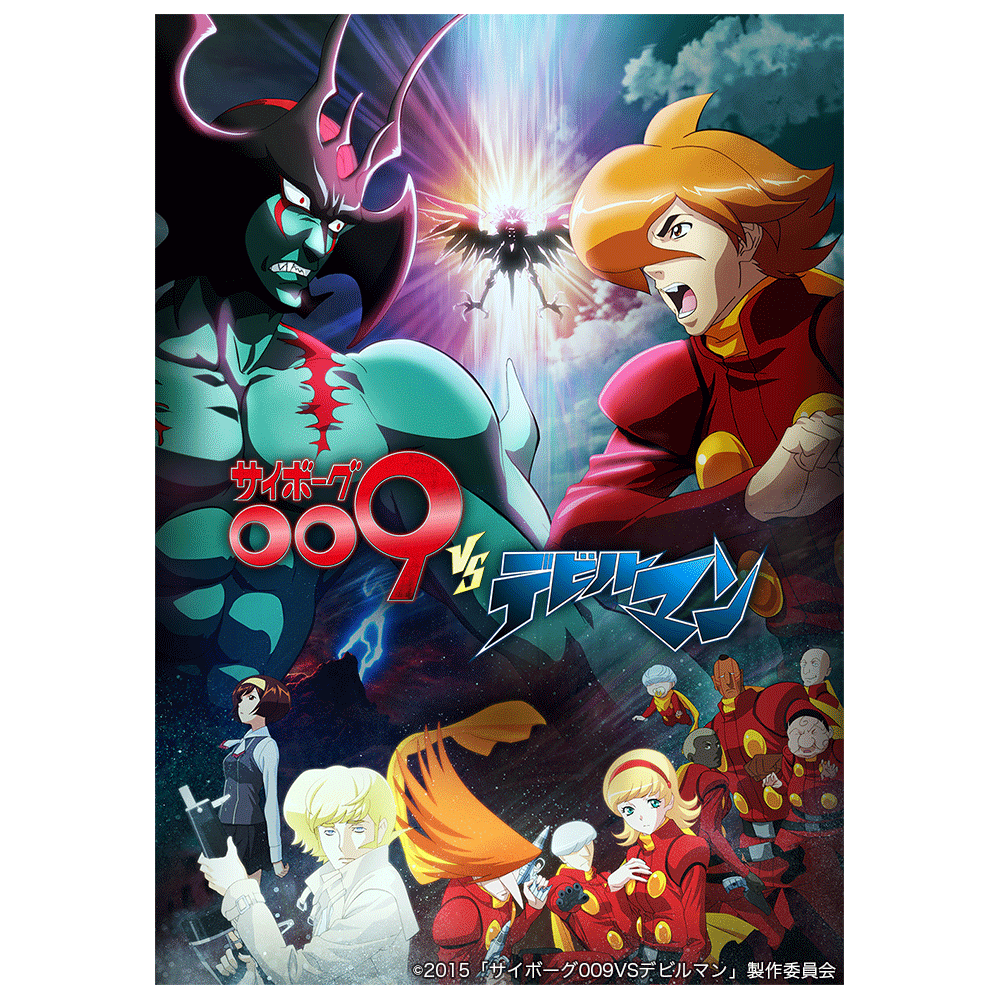 Recent years have seen a slight increase in anime crossovers getting made and getting licensed, like the Lupin The Third and Detective Conan specials getting released stateside. We guess Japan’s legal teams have figured in the name of profit they should ease up a little bit. Being a legacy series Cyborg 009 was due to end up in one of these cross series tie ups.

A bit before the highly successful Masaaki Yuasa directed Devilman Crybaby went and successfully introduced a new generation of anime fans to the classic series, Netflix tried their hand at a crossover featuring Devilman and Cyborg 009. Maybe it wasn’t going to bring many new fans into the fold, but on paper the merging of these two classic 60s properties should have piqued the curiosity of old school anime fans.

Unfortunately though the three-episode OVA, despite the best efforts of its creators to fit the work into both franchise’s pre-existing canons, wasn’t met with much success. It played itself a little too safely to be taken seriously by pre-existing fans of either work and offered nothing that would draw anybody new into the fold.

Call Of Justice originally aired in Japanese theaters as a series of three films. They were eventually distributed to Netflix after for worldwide release, where they were recut as a 12 TV series. Unlike Devilman Crybaby though, this recent reimagining of an anime classic didn’t spurry on new lifeblood or a burgeoning fandom for the title.

Whether it’s the CG that left a lot to be desired or modern audiences not looking towards yet another anime take on superheroes when My Hero Academia satisfies that notion in a way much more familiar to the current day, Call Of Justice now collects dust in the Netflix algorithm.

Gone are the days of home video and companies marketing ‘uncut dubs’ so you can see the extra, slightly bloodier, 45 seconds of animation cut out of the Cartoon Network one. With anime at all of our fingertips, you do have to wonder whether even an iconic franchise like Cyborg 0009 can make it in this modern era anymore. Both of its Netflix offerings were middling at best, and as far as we can tell no one’s champing at the bit for a new entry.

We would be lying if we told you there was something right on the horizon for Cyborg 009 as of now, but as these things go we wouldn’t be too surprised if something crops up soon.

With the success of Devilman Crybaby we think there could be a modern take on cyborg soldier story that adds some depth and artistry much needed to revitalize it. We doubt yet another Netflix CGI series would do the trick but who knows, maybe when Yuasa is done with his ten future projects he can whip this classic back into shape.