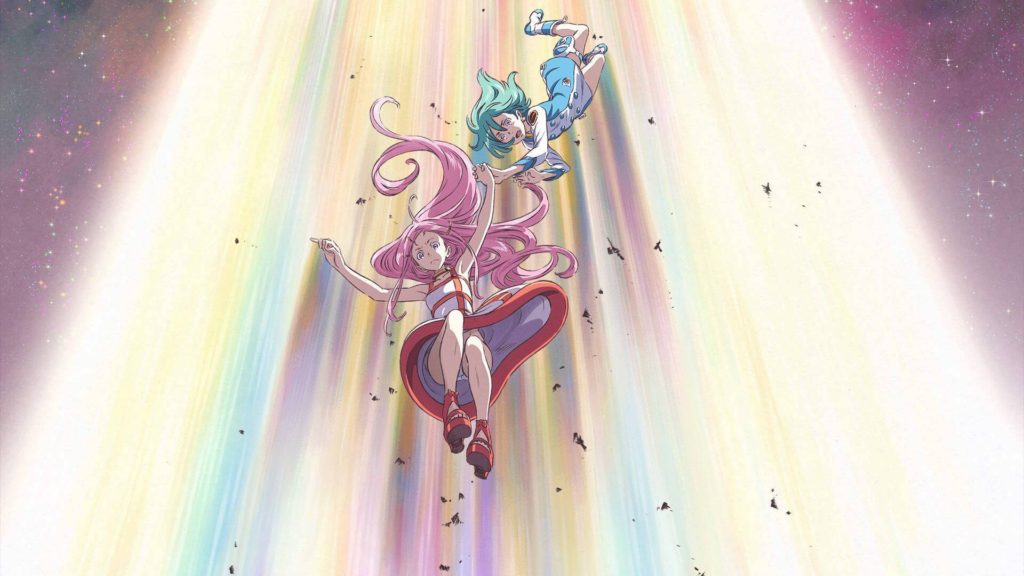 Wrapping up our series of Eureka Seven interviews this month we had the opportunity to sit down with scriptwriter Dai Sato to discuss his time with the franchise. The last time we sat down with him was for the first of our AMA sessions for Reddit’s /r/anime, it’s been a bit of time since we had a chance to speak again so when the opportunity arose we didn’t hesitate to take it! Given that Mr. Sato has been involved with Eureka Seven since the very beginning, we wanted to get his take on how things have changed across his period of time working on the series, as well as some insight on his process behind the Hi Evolution trilogy of films. 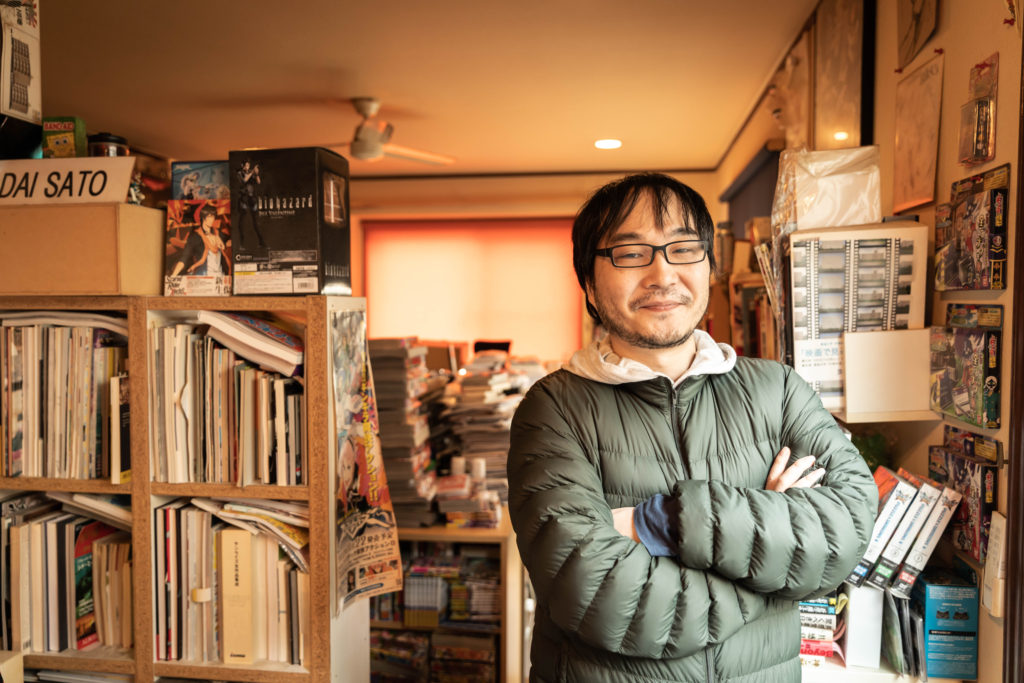 OTAQUEST: The “Eureka Seven: Hi-Evolution” cinematic trilogy is a reboot of the TV series from 12 years prior. What did you think when you got the offer?

DAI SATO: I was of the opinion that I had done everything I could with the TV series 12 years ago, so if a new series was to be made in the same world, then somebody else could do the script. That’s why I was mostly uninvolved with the sequel, and when I heard about this project, I had to ask “wouldn’t a younger writer be better for this?” But when I heard it was a reboot of the Eureka Seven story, I realized if a different writer was tasked, it would put them in a tough position. The producers agreed that there was meaning in the combination of “Kyoda, Sato, and Yoshida”, so I decided to join the project.

OTAQUEST: So as you just said, the three of you are coming back together after having experienced separate paths. What do you feel is the theme for the project?

DAI SATO: I think our “theme” is seeing this project through, or rather, all of us including the director are in the middle of searching for that theme, I believe. But I’ve always been just part of the staff, both now and 12 years ago, and my job is to figure out how to respond to orders coming from the director, so I’m mostly concerned with how we’re going to go about rebooting this series. As for the direction of the reboot, we could have just edited the TV series into a theatrical version, but Eureka Seven was built on both universal elements and elements of that age, so I don’t think there would be any meaning in merely retracing our steps. For instance, it used to be that dance music was a rare occurrence in anime, so it’s lost some of its meaning now that the genre is used in BGM all the time. That’s why the simplest form of reboot wouldn’t have anything new to deliver.

OTAQUEST: I have to agree, times have certainly changed since back then. Did you experience difficulty in rebooting the screenplay?

DAI SATO: Sure. We don’t have the same staff we had 12 years ago, and there are certain things I think we could only have created back then. It was difficult to keep that feeling we had back then while creating something new, and it’s still difficult. When we were making the first two parts, I felt it would be easier to approach it as an altogether new project, and certain parts of them were almost about declaring how we can’t make the same thing towards the original Eureka series.

OTAQUEST: To contrast, were there any parts in the Eureka series where you just couldn’t stop writing?

DAI SATO: I’ve never had a time in the Eureka series where stuff just flows on to the page. (laughs) I’m very much aware of how many people love this series, but I never feel like there’s a right answer when I’m writing for it. It’s not as simple as “just go for sales” or “the bigger the impact the better”. However, there’s a certain degree of “reality” in this series which helps me to write it. I shared a music scene with musicians and designers during the TV series, so it was easy for me to decide which musician matched which portion of the project. That “reality” is what allowed me to unreservedly pick [Yoshinori] Sunahara for  “Ballet Mécanique” in ANEMONE.

OTAQUEST: Music is a critical element to the Eureka series, but what do you think about the music scene these days?

DAI SATO: Watching drama from around the globe on Netflix, I feel that their use of music is really top-notch. In the “Cold Case” TV series, they use music to symbolize the era in which a case occurred. I’ve always wanted to use music like that in anime, ever since the days of “Cowboy Bebop”. However, anime is made first and foremost to be sold on disks, and using existing music will quickly push costs up. Netflix has the luxury of not packaging their product, so they don’t have to worry about that. TV programs and broadcast networks have bundle deals with copyright collectives, so they can use whatever music they want, for the most part.

OTAQUEST: True, variety programs in Japan tend to use a lot of background music from past anime.

OTAQUEST: And what do you think about music that plays in-scene?

DAI SATO: Music is always a part of our daily lives. Be it anime or live-action, music is always used in drama to raise spirits or induce sadness, and when you’re trying to induce a sense of everyday life in a title, it’s very effective to have voices or music in the background coming from a radio. That’s the kind of intention we had with radio in Eureka, which used a lot of it. When making a work of fantasy like Eureka, it’s important to draw the viewer into that different world, and we depend on music for most of that. I think my first screenwriting job with “Bebop” also has some lingering effects on me. Meeting director Shinichiro Watanabe and Yoko Kanno were turning points in my life.

OTAQUEST: As for the final part of “Hi-Evolution”, do you have any sort of sense what kind of film it will turn out to be?

DAI SATO: Most of my work is already done, so I can’t say anything for sure until I’ve seen how the director follows that up. But I know what kind of work the director wants this third installment to be, and I offer some ideas of my own. Actually one of the things I’ve been tasked with since the first part was “adding a beat and lyrics” to the storyboards. So this project has been more about supporting what Mr. Kyoda wants to make rather than a shared vision. Production felt mostly storyboard-based, so for me, it was more like writing lyrics than scripts.

OTAQUEST: Was there anything during the Hi-Evolution production that reminded you of 12 years ago?

DAI SATO: Sure. There’s a scrappy, delinquent sort of attitude from 12 years ago I’ve gotten back into (laughs), and now I feel I’m able to use our funding, staff, and everything else to skillfully support Mr. Kyoda.

OTAQUEST: Comparing your work on Hi-Evolution now with your work on the TV series 12 years ago, what do you think has most changed about yourself?

DAI SATO: For our first entry in the trilogy, I went back and studied the TV series’ scripts and storyboards closely, but there was religious, scientific, political stuff crammed in there that would have gotten me fired these days. (laughs) “Was this necessary?” “Does this make sense?” All over the place. I felt a sense of seriousness and sincerity owing to youthfulness. After a decade, it all starts to feel unrelated to yourself, but there were parts that wowed me. Compared to back then, I feel I’ve gotten a little more skilled.

DAI SATO: Sure. Mostly, I think I’ve become able to express what I want to in a simple manner. Working on the original series, I had trouble getting to the core of what I wanted to say, fumbling with my words and generally being a nuisance to the other staff. And that might have been the ticket to our miracle, but of course, it’s not good to be a nuisance. (laughs) Their irritation with me was sometimes the catalyst for improving our product, but I can’t let myself do that again. I feel that the fact that I’m now able to provide advice to help settle the project has become part of my identity. 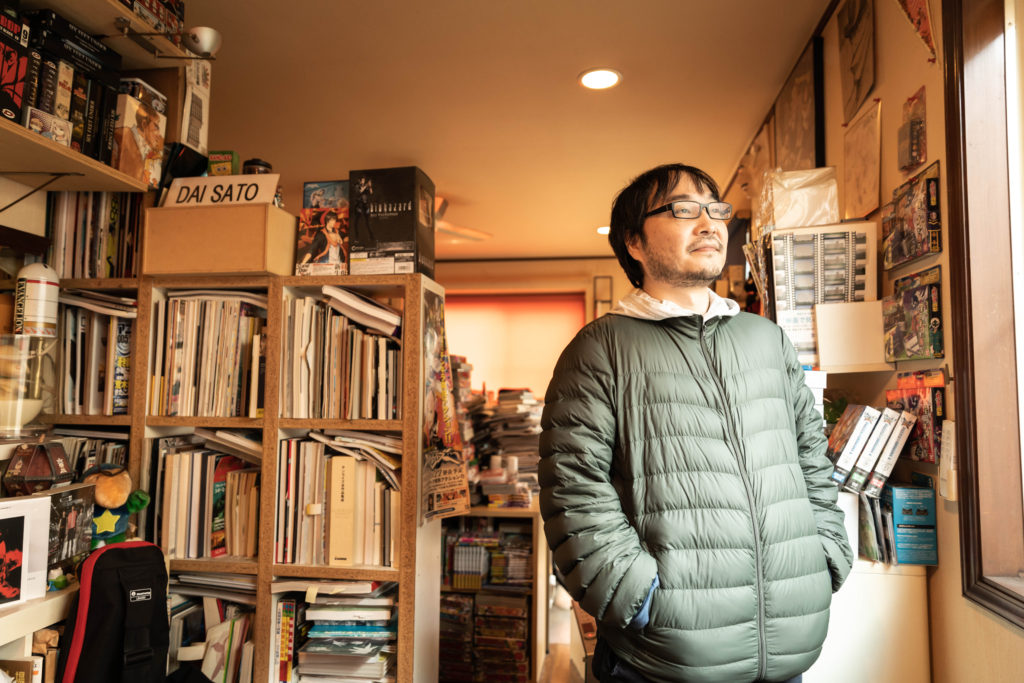 We would like to thank both Studio BONES and Mr. Dai Sato for the opportunity to conduct this interview. If you haven’t read them yet, be sure to also check out our interviews with Eureka Seven series director Tomoki Kyoda, and character designer Kenichi Yoshida!