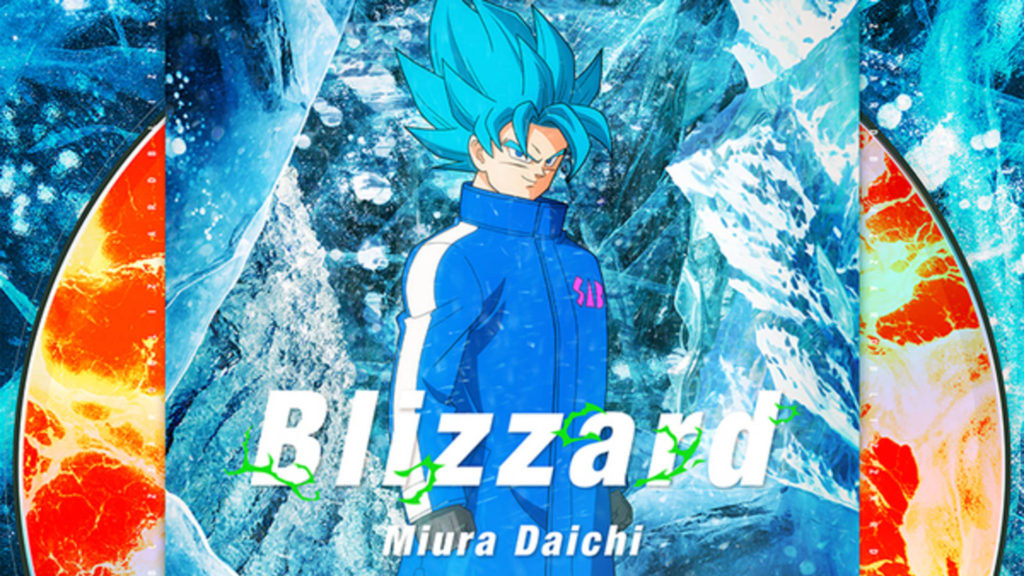 With the theatrical release of Dragon Ball Super: Broly drawing near, we’re starting to see more and more content from the film revealed to drum up hype — one of which includes the release of Daichi Miura’s theme song for the film, “Blizzard”. If you haven’t had a chance to check out the theme song, I’d definitely recommend it. Despite its ice-cold name, the track is a total heater, and I’m sure the sequences in which it appears during the film will be equally intense. But that’s not the most important part of the track; instead, I’m going to direct your attention to Super Saiyan Blue Goku on the cover. Released as one of two alternative covers for the single release of “Blizzard”, Goku’s looking fresh in his 19 A/W blizzard fit from hair to toe. Honestly, it looks like the sort of cover I’d expect to see anywhere but an official Dragon Ball release, but I’m completely for it — especially if we get some new streetwear pieces out of it too. On the flip-side, we see vocalist Daichi Miura rocking a similar fit for the standard digital edition of the single release.

With the street fashion industry pulling numerous cues from both anime and manga over recent years, it’s exciting to see a reverse inception of such styles. Screening in theaters across Japan as of this week, and set to begin screening in North America from January 16, 2019, Dragon Ball Super: Broly is shaping up to be on a whole other level, and I can’t wait to check it out. Those interested in checking out even more on the upcoming film, be sure to take a look at its official website.