What Exactly is DANCERUSH and Why Was It In A Location Test for So Long? 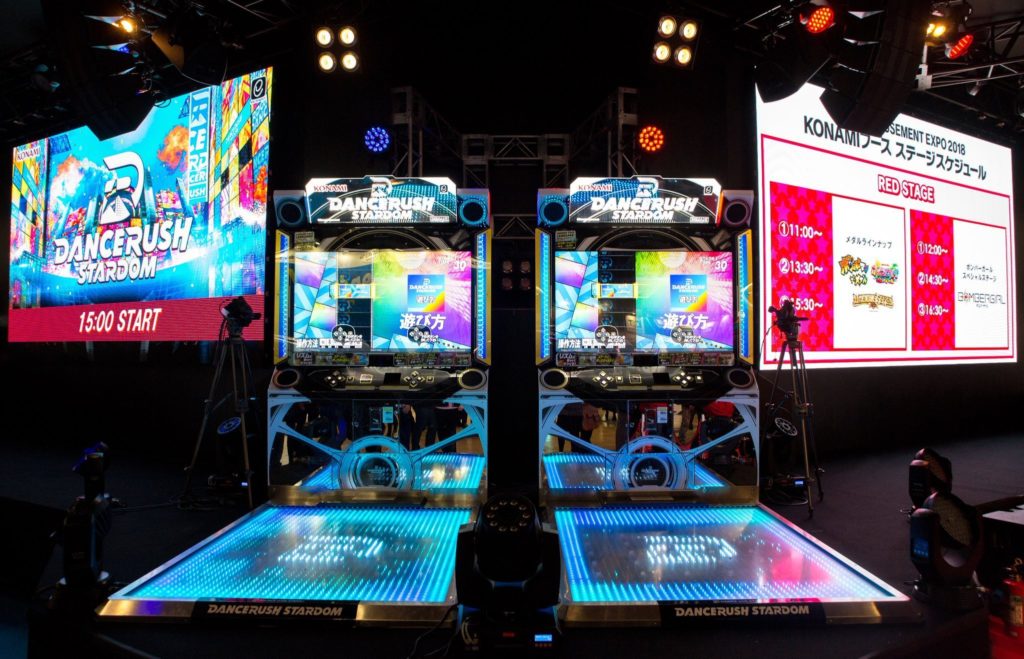 For those who don’t know, a location test is a period of time where a company, in the case Konami, puts an unreleased game in a public location for feedback.

In the case of Dance Rush Stardom, they did this on 9 separate occasions, which is quite a high number for location tests. Usually, they only do one or two locations and then release the product a few months later or cancel it completely.

So, you settled on Dance Rush Stardom. How does it feel to have as many names as Naoki Maeda? The amount of name changes you have had is fitting seeing that you were released in the spirit of the 20th anniversary of DDR.

Dance Rush, the Evolution of DDR

Jokes aside, Dance Rush Stardom is more or less the evolution of what DDR could be. A full open stage that uses built-in sensors to dictate where the player is on the field with a left foot and right foot indicator which falls to a timeline on the play screen.

The concept of the game is essentially based on shuffle dancing (link here so you can get educated) and has varying difficulties ranging from Level 1 to Level 10. In terms of the name changes, there really is no specific answer as to why they changed so much.