Danganronpa: A Game About Killing Your Friends 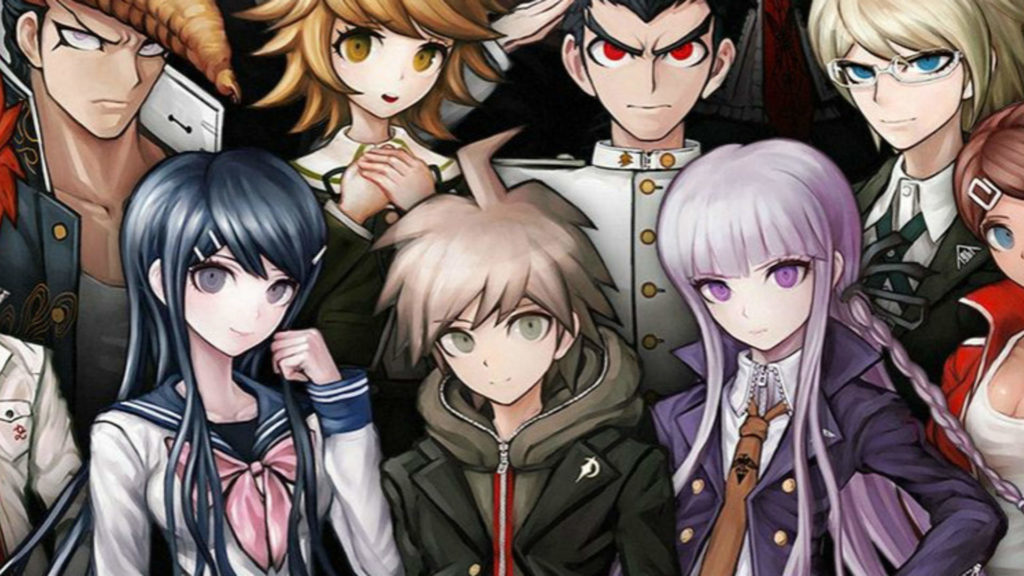 For those unaware Danganronpa is a series of games, anime, and a light novel where a group of students trapped inside an academy is tasked with finding out who murdered one of their classmates. Or at least the first couple is. There’s a lot that happens, but that’s the basic gist of it.

Danganronpa: How To Play the Killing Games

Danganronpa: Trigger Happy Havoc is the first entry in the Danganronpa series. It follows a group of students who have been selected to attend Hope’s Peak Academy, a high school designed to educate “Ultimate” students and bring hope for the future of Japan. Essentially students of the highest caliber, they also accept one random student drawn by lottery as the “Ultimate Lucky Student”.

The game opens as the player, Makoto Naegi, arrives as the newest student of Hope’s Peak. However, once he arrives, he and the students are knocked unconscious, and when they come to they’re told by a remote-controlled bear (And franchise mascot) called Monokuma that one of them will be freed if they can murder one of their classmates and get away with it, but if they’re caught, they’ll be executed.

Gameplay at that point separates into different modes, where the player can wander the school, talk to other classmates, and learn more about them. Once the murder happens, it switches from Daily Life mode to Deadly Life mode, both being a part of the School Life Mode.

In Deadly Life players must also search the crime scene for evidence, and once all the evidence is found the game enters Class Trials mode in order to figure out who did it. Class Trials mode, in addition to using evidence and pointing out contradictions, also consists of minigames in order to debate and present evidence.

This same game mode is present in Danganronpa 2: Goodbye Despair. In Danganronpa 2 a new group of students is sent to an island where it’s pretty much the same setup as before. Kill a student and get away with it, the student can leave while the others are executed. But if they’re caught, they get executed.

Danganronpa is known for its stylized characters and animations. The game uses a sort of 2.5D animation style to present a 3D world but a flat depiction of its characters. This also helps during the section of the game where the player is looking for evidence. Also there’s an unusual stylistic decision where all the blood in the game is neon pink, and the generally bright colors in the character designs helps to create an interesting contrast between game and its murderous subject matter.

Ultra Despair Girls: A Departure from the Danganronpa Formula

Players control Komaru Naegi, the younger sister of the protagonist from the first game, as she uses a hacking gun to destroy robot Monokumas that are attacking the city. The player can also use one of the characters from the previous game, Toko Fukawa and her ultraviolent alter ego, Genocide Jack.

The Differences Between the Third Danganronpa’s

The Future Chapter takes place after Danganronpa 2, and tells the story of the protagonist from the first Danganronpa, Makoto Naegi, as he is suspected of treason by the Future Foundation, a group made up of Hope’s Peak alumni. While his fate is being decided the assembled members are thrown into another Killing Game. The anime ends with the Hope Chapter as the finale.

Danganronpa v3: Killing Harmony takes place in a completely new school with new characters, or at least it seems so until certain points of the game, where the twists and turns come up so fast it threatens to snap the player’s neck.

The gameplay features the staples of the Danganronpa series, School Life divided into Daily Life and Deadly Life, and Class Trials once a murder crops up. V3’s Class Trials brings new minigames that will help the player find evidence to solve the Killing Games and uncover the murderers.

The artistic stylization of the game is one of the reasons the game series has developed such a cult following, along with the many characters present that provide for a variety of personalities to contend with. The whodunit aspect is also certainly a major part of the appeal, as it is with games like the Phoenix Wright: Ace Attorney series. It’s no wonder why fans keep coming back to the game, creating fanart and growing their own communities dedicated to a game about figuring out who killed your classmates.

Danganronpa: 5 Things You Need To Know