‘DanMachi’ to Receive a Second Season and an Animated Film 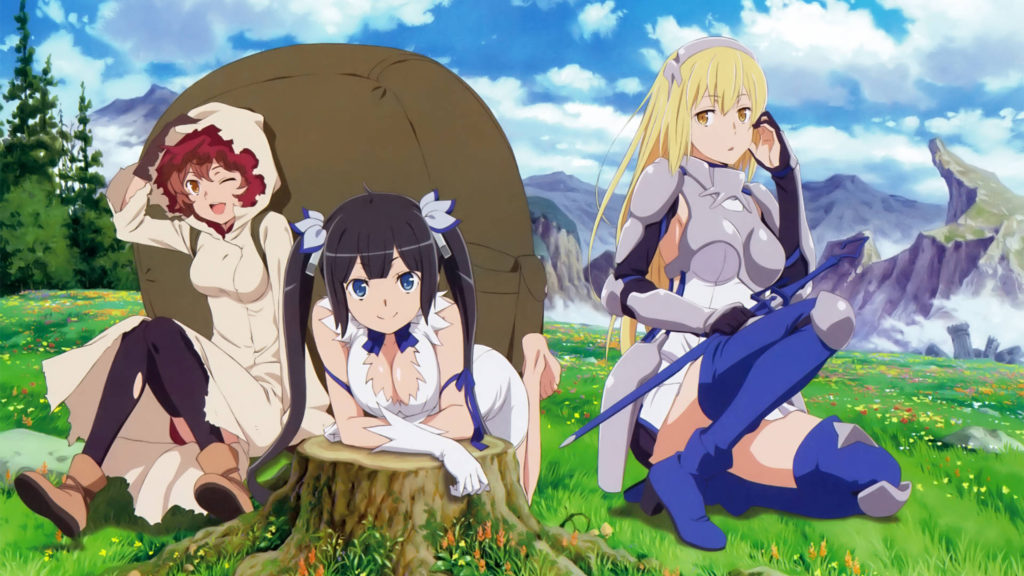 When it was announced that Fujino Oomori’s light novel series Is It Wrong to Try to Pick Up Girls in a Dungeon? would be getting an anime adaptation back in early 2015, there was absolutely a flurry of questions racing through my head. Those questions seemingly answered themselves when I realized that the title was actually referencing a video game-style dungeon, but it was still easy for certain preconceived notions about the contents of the work to float their way about my head. Still, I’m open to mostly anything, so I casually added it to my watch list.

Fast forward a few years now and this exact moment has been precisely what I’ve been looking forward to ever since the show wrapped up. Sure, we got a bit of a continuation in the Sword Oratoria spinoff last year, but I need more of the goddess Hestia and Bell-kun, you know? It seems we’ll be getting a double dose of what makes the series the absolute… bestia.

At the “GA Bunko 2018 Announcement Stage” event at WonderFestival, it was announced that the project is set to receive both a full-length movie and a second TV anime series. The film is titled Is It Wrong to Try to Pick Up Girls in a Dungeon: Arrow of the Orion. It will feature a brand-new story by light novel author Fujino Oomori, and what’s this — Hestia in some sort of otherly garb? The ribbon is still there, don’t worry too much. It wouldn’t be a real piece of the Is It Wrong to Try to Pick Up Girls in a Dungeon franchise otherwise.

The second season of the TV series has had no additional details revealed, and it is unclear as to whether studio J.C. Staff will be returning to animate the pair of projects. If we see both of these works by year’s end, you can count me as one happy worshipper.

Hey, Is It Wrong to Try to Pick up Girls in a Dungeon?