Check out the Animated Music Video for Daoko’s Latest Song 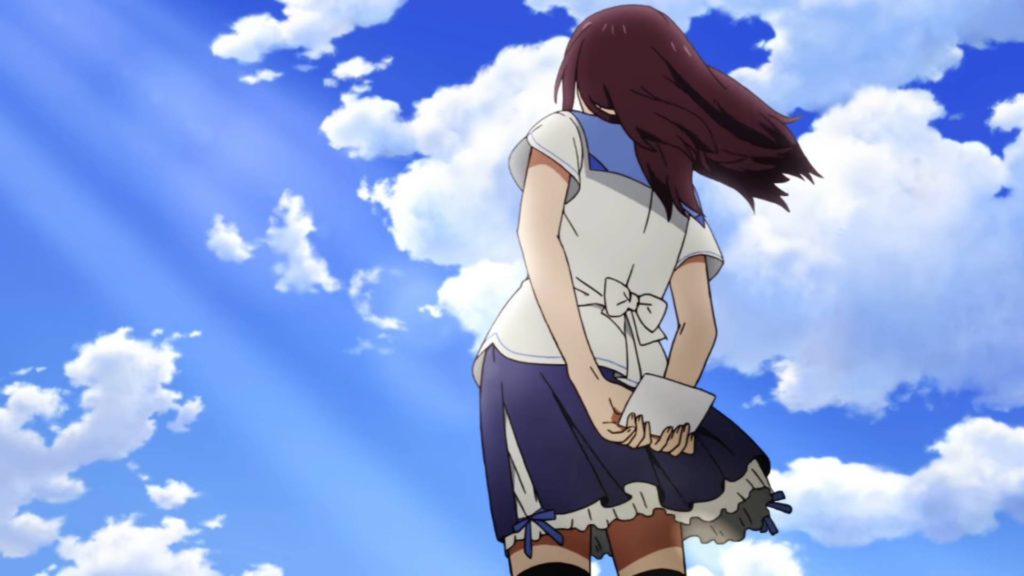 The upcoming animated feature film, “Fireworks, Should We See It From the Side or the Bottom?,“ based on the 1993 Japanese live-action drama of the same name, is the latest creation from Studio Shaft and director Nobeyuki Takeuchi (Bakemonogatari, Revolutionary Girl Utena). We’re set to be seeing this film debut in Japanese theaters beginning on August 18, which at this point is just a week away, but who’s counting. Undoubtedly however, one of the aspects of this project I’m most looking forward to is DAOKO’s participation as the performer of the film’s official theme song, which has just been released via DAOKO’s YouTube Channel.

The uploaded video, which is made available for streaming below, not only serves as the official music video for “Fireworks,”  but also doubles as one of the film’s teaser trailers in a somewhat roundabout way as well, which I’m 200% down with. It’s not like I’m jittering with excitement or anything, but I probably just have a sweet spot for anything Studio Shaft throws at me, especially when DAOKO is involved. You can check out the music video below:

Here’s everything we’ve learned from the video; we now know that DAOKO has collaborated on this particular song with singer Kenshi Yonezu, and I think it’s fair to say that the two of them sound fantastic together. In addition to “Fireworks,” DAOKO will also be performing a cover of Forever Friends, a song that served as the theme for the original 1993 live action drama. For a brief synopsis of the film, check out the passage below.

What’s got you excited about the film? For me, I know I can’t wait to see the powerful combination of DAOKO and Shaft all wrapped up neatly into one gorgeous package. If you’re interested in checking out further details on the upcoming animated film, be sure to check out the official website for “Fireworks,” here.

daokoFireworksMusic VideoShaftShould We See It From the Side or the Bottom?Shunji Iwai
Join Our Discussions on Discord
Join Now