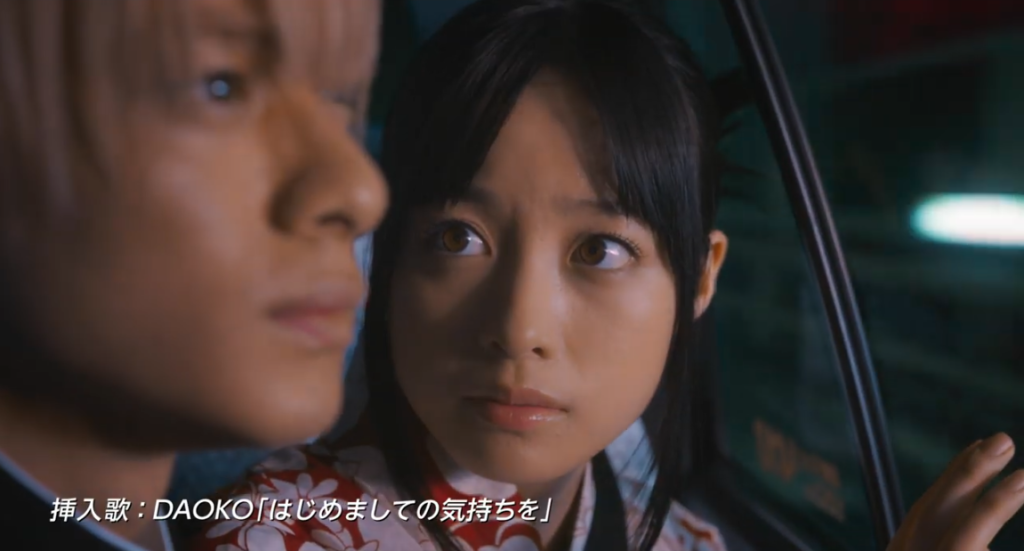 The live-action adaptation of the popular anime and manga property, Kaguya-sama: Love is War, is just 1 month away from release now, and compared to the often-mixed quality of many live-action adaptations of manga and anime properties, this does look like it has the potential to be a genuinely enjoyable film. The movie understands what people love about the original work and embraces those elements while understanding some of the necessary changes required for a move into live-action. Of course, we’ll have to wait and see to find out whether this movie actually ends up being as good as it has the potential to be, but for now we can hear a short preview of a newly-announced insert song for the film from the ever-reliable DAOKO in Kaguya-sama: Love is War’s newest trailer.

The song is called “Hajimemashite no Kinmochi wo” (初めましての気持ちを、With the Feeling of Meeting You), and will be used as an insert song for the movie when it is released in Japanese cinemas next month. While she is obviously best known for singing Uchiage Hanabi for the 2017 anime adaptation of Fireworks: Should We See it From the Side or Bottom, we have often featured her on the site due to her superb talent and the fact that many of the writers here at OTAQUEST are large fans of her music and have been for as long as she has been creating music, in some cases. In fact, I’m one of those fans, and this song definitely sticks out to me and reminds me of just why I fell in love with her music in the first place.

In a comment made to coincide with the song’s unveiling, DAOKO noted that she wrote the lyrics for this song while imagining Kaguya’s feelings during the fireworks scene that this song will be used for. The trailer unveiling the song previews this scene and promises to be a central part of the film’s take on the series. This song will now join another song by another popular Japanese musician, the male idol group King and Prince, who are singing the movie’s theme song.

Kaguya-Sama: Love is War featuring this newly-announced DAOKO insert song will be released in cinemas on September 6th, and you can find more info about the movie over at the official website. Personally, as a fan of DAOKO but as someone who was admittedly on the edge about whether I go and see this film, this announcement has probably convinced me to pick up a ticket when the film releases next month. With the fun sound of the small clip heard in the movie’s new 15-second trailer, I look forward to hearing the full version of the song at a later date, knowing that, being DAOKO, it’ll certainly be worth the wait.