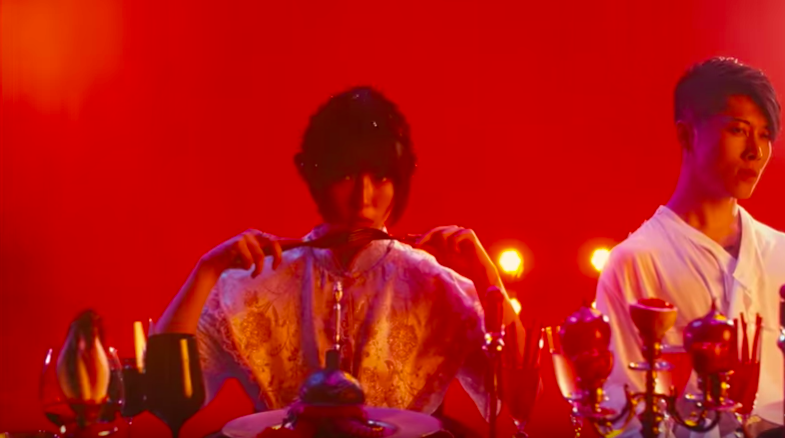 Singer-songwriter-rapper DAOKO has become J-pop’s premier chameleon. She has always been an artist moving between sounds — her earliest “whisper rap” releases dabbled in other genres as well, and before she broke out into the mainstream she was experimenting with funk-indebted rock, netlabel-born hip-hop and hard-hitting electro with an assist from producer TeddyLoid.

Then she became a mainstream presence with 2017’s “Uchiage Hanabi,” a collaboration with Kenshi Yonezu that saw her delivering a skyward ballad. That one — the biggest song of the year it came out, but also one propelled partially by the presence of Yonezu — only made DAOKO more open to constantly shifting gears. She has worked with Yasutaka Nakata and Yasuyuki Okamura among others, with her output sounding different almost every time save for her muted singing, the one constant thread throughout. It’s partially born from trying to figure out her place in the Japanese mainstream, but it is also just how she approaches music.

Her latest shift finds her collaborating with guitarist MIYAVI on a song called “Senkakubanrai,” which serves as the theme song for a new movie called “Diner.” Watch the video for it below.

The presence of MIYAVI means this number is going to be built around guitar playing unafraid to dash all over the place. He doesn’t let his virtuosity get too much in the way, however. For the verses, he lays down zippy melodies but leaves plenty of space for DAOKO to do her thing. He gets his chance to really show off in a late-song bridge, where he gets a solo. He doesn’t dominate, but his sound certainly comes through clearly.

That makes this new territory for DAOKO, who hasn’t performed on such a jagged rock number yet in her career. She holds her own, mostly because she isn’t deviating from her usual vocal delivery all that much to match MIYAVI’s sound. She gets a touch more aggressive at times, but even then she still operates closer to a whisper than a shout. As an individual number from an artist with a tendency to hop all over sonically, it fits in. Yet it’s still tough to figure out what exactly DAOKO is in J-pop in 2019. Maybe that flexibility is what will always define her in an industry often seeking out stability.

other Esme Parker 2 years ago

MIYAVI Featured in Gucci Off The Grid Campaign

MIYAVI Looks Towards the Future With Holy Nights