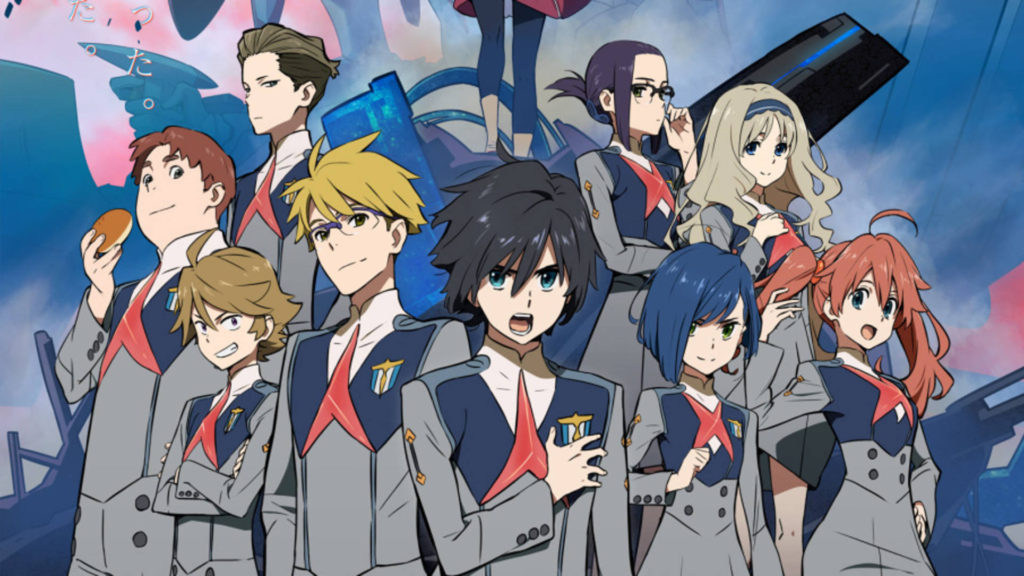 It was just a few short days ago that — after much waiting — we received our first look at TRIGGER and A-1 Pictures’ upcoming animated series “DARLING in the FRANXX” through its first preview. Included in that video was a January 2018 release window, as well as a full detailing of the staff that would be involved in one of our most anticipated animated series since its announcement at Anime Expo 2017. One thing that was missing, however, was just what the anime would actually be about, to which we now know the answer.

Special thanks to @pKjd for the internationally viewable upload. Set in an ever-distant future, we find our main characters in a desolate reality with their only safe haven being the mobile fort city “Plantation.” Within the confines of Plantation exists the area of Mistilteinn, perhaps better known to many as “birdcage.” Without knowing anything of the outside world, children live within the confines of birdcage locked in constant battle to fulfill their missions. Pitted against unknown giant lifeforms known as Kyoru, the children must pilot their Franxx to defeat these beings. To the children within birdcage, piloting their Franxx provides validation for their existence.

Once viewed as a prodigy by many, Hiro, perhaps better known as Code:016, struggles to find the validation he once knew all too well. That was until the mysterious girl known as “Zero Two” came into the picture.

With just over two months between us and one of the most anticipated anime of the Winter 2018 season, there’s certainly a lot of excitement behind the project. With Atsushi Nishigori helming the project, however, it’s almost natural to say that the show is in extremely safe hands. We did a full listing of the staff for the upcoming series, as well as a preview video breakdown in our last post, which can be found here.

We absolutely can’t wait to see what comes of the show and will be sure to keep you all updated as further information is released.