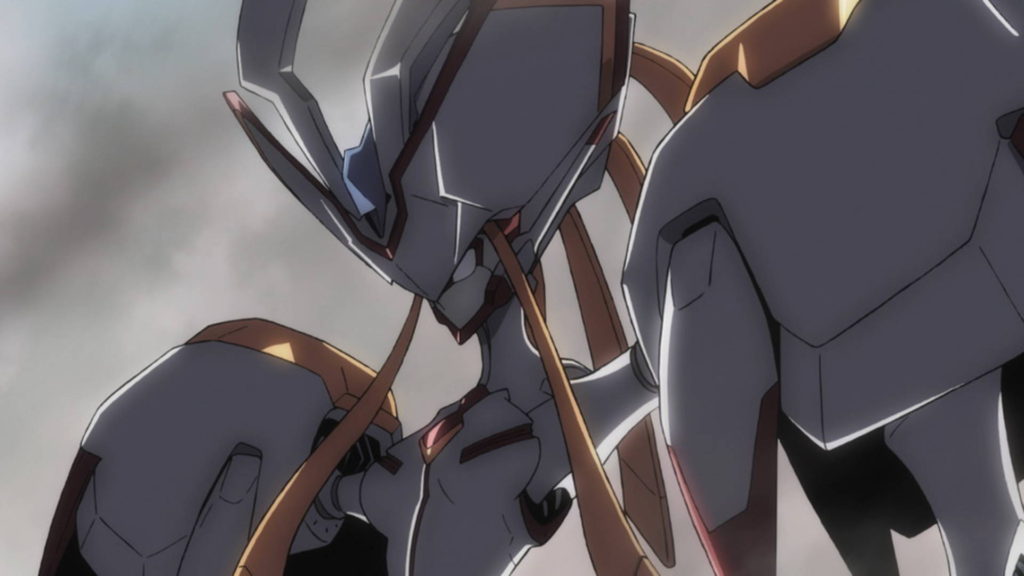 With Studio TRIGGER and A-1 Pictures’ upcoming “DARLING in the FRANXX” anime series just around the corner, we’ve been left on the edge of our seats waiting to see just what the series will look like in motion. Calling on the talents of two of the industry’s most respected studios, it was no surprise when the entire attendance was screaming during its reveal at Anime Expo 2017. It’s been roughly four months since that announcement was made, and finally today, we’re graced with the series’ first PV ahead of its January 2018 premiere.

Special thanks to @pKjd for the internationally viewable upload.

This is a closed world
A place where the ‘Children’ live
They are entirely like birds in a cage
However, we have a dream
A dream that someday, we will fly into the sky
DARLING in the FRANXX
The distant future–
Humanity has constructed the mobile fortress city “Plantation” on this devastated earth, glorifying their civilization
Inside, homes are built
“Mistilteinn”
The children lived there
Without knowing the outside world
Without knowing the freedom of the sky
They were only taught to fight
A world where they were once called prodigies
They are friends who bear the same destiny
Even in this closed world
Even in this world where everything is completely controlled
The children lived on, giving it their all
And then
A mysterious girl with horns
Everything began when they met
We fight
To defeat that “Kyoryuu”

Directed by Atsushi Nishigori, the visionary director behind “The [email protected]” and one of Studio TRIGGER’s greatest in-house talents, it comes as no surprise that many are already calling “DARLING in the FRANXX” their must-see anime of the 2018 Winter season. Both Atsushi Nishigori and Naotaka Hayashi will be handling the series composition, whilst Masayoshi Tanaka will be handling character design. The full character and staff listing can be found below:

There are certainly high expectations for the series, and I have very little doubt in my mind that both TRIGGER and A-1 Pictures will push out something truly incredible. With just over two months until we’re finally able to see the fruits of both studios’ labor, we’ll certainly be on the edge of our seat up until premiere. If you’re interested in checking out further information, you can visit the official website for the series.