DARLING in the FRANXX and the Power of Symbolism 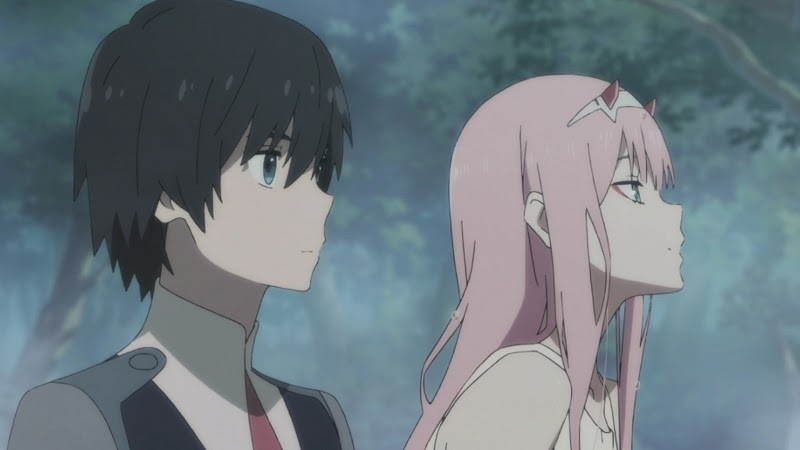 2018 was an amazing year for anime. If you were just tuning into anime as a new fan, you had a plethora of new and fresh shows to pick from to start what will inevitably be a lifelong obsession. If you were an anime veteran there was undoubtedly the return of many of your favorites, like Seven Deadly Sins or even reboots of some classics.

Still, with the onslaught of amazing anime coming at fans in rapid-fire procession, there were bound to be some that slipped under the radar. DARLING in the FRANXX was not one of them.

Instead, the show became somewhat of a cultural icon in anime, ranging from newfound love to in-depth critiques from fans and critics alike. But what was it about the show that garnered such a heavy and almost immediate attraction from not only fans of anime, but fans of pop culture in general?

DARLING in the FRANXX told a story that at first glance seemed new, fresh, and interesting. It was a compelling story set in a dystopian future. Children are no longer thought of as people of their own. Instead they are commodities called parasites, trained and artificially produced in order to save what remains of humanity.

The threat against humans are the Klaxosaurs, giant creatures who fall into certain subsets due to size. These creatures appear as a strange combination of alien and robotic, with weaponized features and deadly attributes.

Our main focus zeros in on a group of ten kids who aspire to be pilots. These pilots are paired up, one male known as stamen to one female known as pistil. Together the pilots operate giant mechas known as Franxx.

While they don’t typically receive names, instead they are assigned code numbers. However, because they’re still children, they often give each other names. Hiro, Code 016, failed to synchronize with his partner and they both failed. Hiro skips his squad’s graduation ceremony and has a fateful encounter with Zero Two.

Zero Two is known for being dangerous. An incomparable Franxx pilot who has Klaxosaur blood in her veins, none of her stamens survive. But when she meets Hiro, she deems him her darling and the two become partners, regardless of the deadly rumors that seem to follow Zero Two around.

When the group isn’t fighting massive creatures they can be found in their isolated environments that are nicknamed birdcages. They have a beautiful home that almost resembles a boarding school, with separated dorms and a lush plot of land. They even have designated uniforms both in and out of battle.

The show premiered in January of 2018 as an anime original. Being produced by CloverWorks and animated by TRIGGER meant that almost everything about the series would be close to perfection. After the studios announced it at the 2017 Anime Expo there was an immediate fervor waiting for it.

After all, the studios are known for producing top notch work that remains in the minds of fans long after it premieres. And they had a lot to look forward to with DARLING in the FRANXX.

Firstly, it was an anime original. While it was almost guaranteed it would get a manga adaptation (and it did), knowing it was a new story never seen before was more than exciting. And it had 24 episodes, running from January to July.

And then came the soundtrack. It was announced soon after that the OP would be written and produced by the one and only Hyde. if the name sounds familiar to you, it’s because Hyde is one of Japan’s biggest rock stars and one of the pioneers of the music scene. If you’ve never heard of Hyde, this is your sign to check him out.

With all of these factors it almost seemed like a guaranteed success for the show. And in a way, it was. The show immediately caught the interests of mecha fans, romance fans, even slice of life fans. It felt like no matter where your interests lie, there was something that would appeal to you. With a solid 24 episodes, the likelihood of another season are low. However, fans are curious if there’ll be a film in the works anytime soon.

A Kiss in the Apocalypse 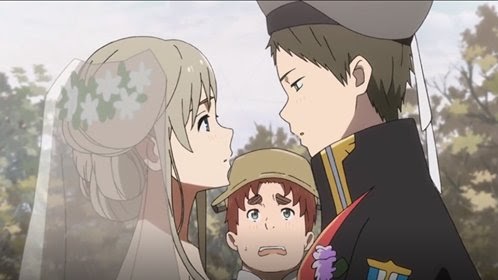 The show was ripe with symbolism. A heavy emphasis on sexuality, coming of age, and even religious undertones dominated the show. This wasn’t lost on viewers. While some fans wished the show to be less thematically charged, it was these themes that kept the narrative going.

One of the biggest aspects of the show was the sexuality that kept nipping at the heels of viewers. For some, it was an aspect of discomfort. It was easy to occasionally forget that these were in fact children when they were attacking massive creatures that felt closer to roboticized dinosaurs than anything organic modern-day humans could imagine.

Still, the reminders would come at interesting times, like one character fumbling over introductions to those in charge, or unrequited crushes. But it was these moments that made the show memorable.

There’s still a ton of fanservice, which can quickly veer into an uncomfortable lens. However, the moments of vulnerability that the characters are shown remind the viewer that while there are moments of lewdness, violence, and even elements of a dystopian nightmare, they’re still kids trying to navigate the life that was handed to them.

One of the biggest elements are the pilots’ interactions themselves. The terms given to them relay not necessarily a sexual tone, but a biological one. Stamen and pistil. Reproductive organs of flowers. Even the name of the show itself has a nod to biology.

DARLING in the FRANXX. The part of Darling makes sense; Hiro’s nickname was given to him by Zero Two. But the two x’s on the end of Franx features a hint. Two XX here are a double hint; representing both female chromosomes within biology but also the mechas featuring feminine names.

But the show quickly notes that there isn’t to be any reproduction between the children when they grow up. Babies are no longer a natural part of life, instead, a produced commodity to use in order to further humanity. There are a slew of moments, but some of the most powerful are between two sets of pilots.

The first set is Kokoro and Mitsuru. The two don’t begin as a team but come together in a different way. When exploring a seemingly abandoned birdcage Kokoro finds a book about babies presented in a way that is completely foreign to her. She becomes entranced with the idea. Mitsuru is a cocky, brash, young man who doesn’t want to rely on anybody.

The two come together and even develop feelings for one another, at one point even having a makeshift wedding. The coming together of these two results in a pregnancy, something that not only shocked the rest of their pilots but viewers as well.

Another set is Ichigo and Ikuno. Both pistils with stamen partners, the two had a close friendship. It soon becomes apparent that Ikuno views Ichigo in a different light and is in love with her. While Ichigo doesn’t reciprocate, it presents something that the show hadn’t explored yet.

Suddenly there’s the idea that maybe it wouldn’t have to necessarily be strictly paired stamens and pistils in order to pilot the Franxx. This topic is approached again when it’s revealed that Mitsuru as a child, who had long looked up to Hiro, wanted to pilot a Franxx with him. Hiro had agreed, but the memories were wiped and forgotten.

The almost god-like figures that are put in charge of the children reiterate, again and again, it’s just not possible for the pilots to be paired with a fellow pistil or stamen. We see this when Ikuno attempts to pilot with Ichigo, resulting in a failure.

And then there’s Zero Two herself. With horns, pink hair, and even fangs, she’s an obvious force to be reckoned with both in battle. But she also becomes a sort of pillar within the house of the pilots. Hated by some but intriguing to all, she almost acts as a catalyst for independence for the pilots. Everything that the pilots were aware of, she seems to change. She introduces them to things that seem so basic, but were new concepts to the pilots.

The power dynamics of the pilots often place the stamen in control. The two pilots in the Franxx have to take a charged position in order to pilot the ship. For the pistils, it feels like in order to be a good pilot, there has to be a relinquishing of power. Zero Two shows that that doesn’t have to be the case, successfully piloting her Franxx for a short amount of time

And then, there’s a kiss. Prior to Zero Two’s arrival, it was never really thought of. But when she arrives it comes in different ways. From exploring the dynamics of a kiss to the mechanizations behind it, it feels as much of growth as the pilot dynamics on the battlefield.

The symbolism wasn’t lost on audiences around the world, but their reactions were incredibly varied. While episodes 1-15 reigned supreme through the seasons pleasing both international and domestic fans, it’s what comes after that people want to discuss.

While the symbolism doesn’t let up in later episodes, the development seems to be more on the nose than it was before, sitting uncomfortably with viewers. While the narrative for the most part was relatively tight throughout the first half of the show, it ventures close to occasionally falling apart later.

Sex and sexuality isn’t something that is new to anime. It’s been featured in hundreds of shows throughout the decades. And DARLING in the FRANXX doesn’t do anything inherently new. However, the show still wants to dissect power and sexual dynamics and growing up when you’re trained to be nothing more than a child soldier.

Still, the show holds tight to the ideals it presents to viewers. Growing up, finding your own identity, and forging your own path. All this alongside navigating sexuality is always a tough route, but put together with battling giant creatures in what feels like the end of the world, it hits a little differently.

Darling in the Franxx
Join Our Discussions on Discord
Join Now

Peek ‘DARLING in the FRANXX’ Main Characters in Brand-new PV