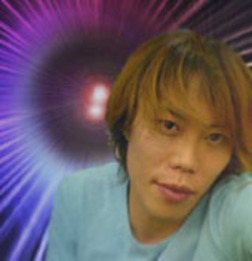 The first MAX3 song – Graduation
First and foremost is the column on the right, labelled “Konami Original”. I’m sure very little imagination is required to figure out what it means – The first announced song for DDRMAX 3 :
BeForYou – Graduation ~Our New Tomorrow~

Naoki adds :
“BeForYou’s first dramatic mid-tempo song. The singer encounters a seperation, and looks back on the thoughts and events of her life. Everything has a start and must have a finish. If there is a finish, then it always leads to a new beginning. The song is called Graduation, a lonely period in which we look back on the past, but should also be looking forward to the future.

These days, music games are as common as dirt, but when DDR started in 1998, DDR seened like the hardest thing in the world to work on. Even looking back on it today, I feel exhausted just try to remember it. Now, it feels like a sleeping memory, deep in my heart.

When we bagan work on DDR, I started writing 4 pieces of music for the game. But as production advanced, and the public waited for the release of the DDR, only one of my songs (Paranoia) was included in the game, and a major collaboration was formed with Toshiba EMI’s “Dancemania” compilation series, in order to provide the rest of the music.

The other songs were put on the shelf, and although I was the only person in the world to ever hear them, they didn’t go to waste – The DDRMAX2 song “D2R” was based on some of the songs left out of the original DDR game.

You may think of “Paranoia” as a song that most people fondly remember, but in fact, it was something I was forced to make, under many restrictions. The end result is a song that felt very underground/urban.

These days, my music is very different. The ‘Royal Route’ (Hi-NRG/Dance) songs, such as Brilliant 2U, Can’t Stop Falling In Love etc. Are my new forte, and although I much prefer them, the underground style was a projection point in terms of my music. These days, I still try to develop the underground style, using the Re-Venge and De-Sire labels.

Paranoia, Trip Machine and Make It Better appeared in DDR Internet Ranking Kit (DDR 1.5), and as with every maiden voyage, trial, error and conflict always appeared from time to time. Although my music has moved on and evolved, I still look back on these 3 songs, and realise that if they hadn’t existed, much of my current music wouldn’t be possible. In the grand scale of things, these songs are very important to me and my career, especialy when I remember the pressure I was under, when I produced them.

With the songs completed, and DDR only several months from release. I took a deep breathe, and prepared to face the next challenge – DDR 2nd Mix