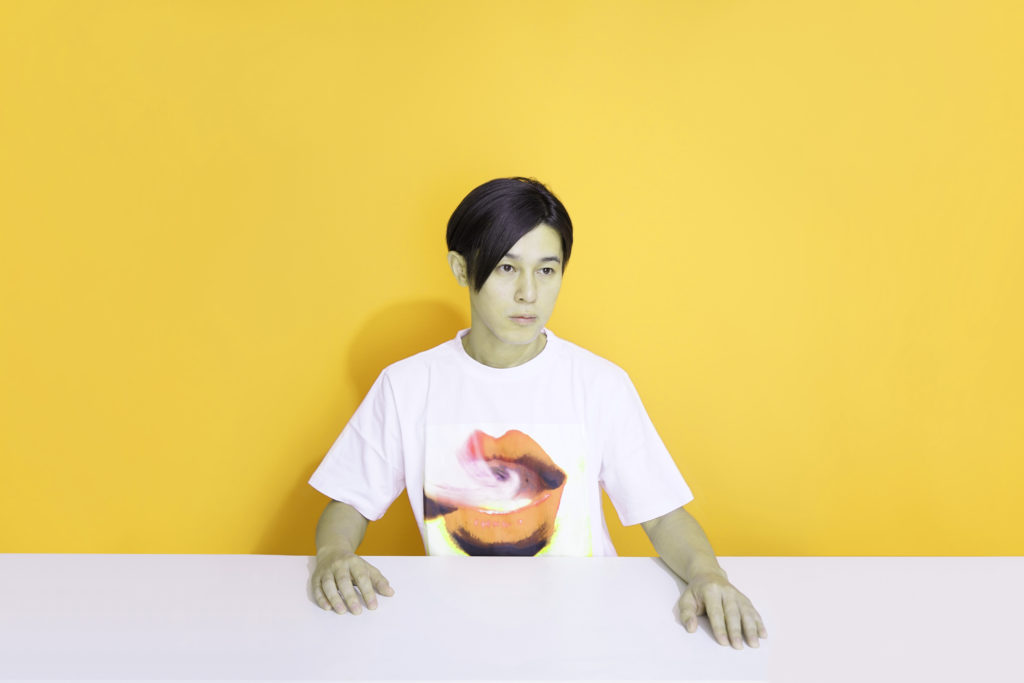 In this new feature, Otaquest aims to help introduce some of Japan’s best musicians to the world. Today, an electronic artist who helped usher in a new era in J-pop, one finely sliced vocal sample at a time.

One of the most pivotal years in J-pop came in 2007, when the country’s music industry moved towards a new digital reality. Over those 12 months, the trio Perfume went from an idol outfit on the verge of being disbanded to delivering a paradigm shift of an electro-pop number, while Crypton Future Media released the first installment of their Vocaloid singing-synthesizer “Character Vocal Series” for PCs. Their debut avatar was an aqua-haired performer named Hatsune Miku.

That’s also when Daisuke Endo, better known as DÉ DÉ MOUSE, released his first EPs and albums. Those collections found the young electronic artist merging synthesizer melodies with machine-generated percussion jitters, topped off by a sonic technique that would come to define his approach to trackmaking — the use of split-second vocal samples arranged into new melodies. They add a human touch to his work while still showing what electronic music is capable — it’s familiar, but uncanny. It helped him to gain a surprising amount of mainstream attention, including DÉ DÉ MOUSE videos earning rotation on music-centric channels. It was another sign that electronic music — at the time off-trend — was emerging as a force.

For the last decade and change, DÉ DÉ MOUSE has remained one of the most innovative and upbeat creators in Japan’s electronic music community. Besides being ahead of the curve on where global pop music would go in the 2010s — a decade where some of the biggest worldwide hits featured hooks made up of digital sighs and other brief sounds — he has been active in his home country, and will perform at this weekend’s SYNERGY Stay Home Edition. Ahead of his set, here’s a crash course in DÉ DÉ MOUSE.

Boy Around The World

While not often associated with netlabels or “internet music,” DÉ DÉ MOUSE’s chopped-up dance-pop fits in just right with the rise of these cultures in the mid-2000s. His first EP east end girl (above) and debut album tide of stars (below) offered a glance into his twinkling dance-pop, while also setting out pretty quickly how diverse his approach to song making could be. Just take a listen to the EP’s “rats walks my forehead slowly,” which highlights a more aggressive side to DÉ DÉ MOUSE in contrast to the otherwise bright numbers put out in 2007. Still, nailing a jubilant feeling via bouncy songs and rapid-fire vocal samples was his specialty.

The very next year, DÉ DÉ MOUSE kept playing around with percussion on sunset girls, an album oftentimes unfolding at a slower pace. It’s a transitional release, but one showing signs of where he would go next en route to sweeter pop.

DÉ DÉ MOUSE’s third full-length, 2010’s A journey to freedom, clicks all of his influences and innovations into one place, resulting in his masterwork. Whereas sunset girls took its time, A journey to freedom blasts out the gate right away with “my favorite swing,” a shiny bit of dance-pop boasting one of the best vocal melodies Endo has ever made. The song twists and turns, with stakes raised significantly. From there, DÉ DÉ MOUSE built on his love for drum ‘n’ bass by transferring that frantic pace to music concealing a dreamy edge (“new town romancer”), while also playing around with more string elements which added tension to his work (the title track). Though part of its charm just lies in how energetic and upbeat the whole album sounds, highlighted by mood-boosters such as “like your magic” and “station to stars.” Coupled with artwork done by an illustrator who had worked on Final Fantasy, the whole album carries an epic scope.

Follow-up album sky was dark experimented even more, while also retaining the kid-like glee present on DÉ DÉ MOUSE’s work up to this point (often conveyed via actual sounds of kids laughing or singing). This release highlighted a growing curiosity in more ornate music that would blossom further over his next few releases — along with live tours that found him working with jazz groups or bands — but features enough buoyant moments to keep it exciting.

The mid-2010s found DÉ DÉ MOUSE getting ambitious with themes, leaning hard on more playroom-born sounds on 2015’s farewell holiday! and experimenting with the sonic motifs found at Japanese summer festivals on 2016’s summer twilight. Everything he put out during this period has its moments — the ones touching on Japanese tradition in particular have some gems — but when he turned back to pure pop release on 2017’s dream you up, it proved to be far more fitting. That album, inspired by American pop music and EDM, hopped along without taking breathers, DÉ DÉ MOUSE’s vocal slicing synching together with a slightly ‘80s-tinged synthesizer overload. Save for a couple dips into bass drops (check the boss-music breakdown of “as you like it”), this is pure jubilation. Listen below.

This has been the vibe DÉ DÉ MOUSE has embraced in recent times, continuing the sunny-day jams on 2018’s be yourself and going up another level on last year’s excellent Nulife, a set that finds him once again exploring the wide range of dance music sub styles that helped shape his sound, while finding new ways to turn vocal samples into sonic fireworks. Some of the best developments on this album see him playing around with styles that he previously hadn’t tried, but seem like natural fits, such as the funk of “Magic” and the Jersey-club-tinged thrills of “Heartbeat.” Listen below.

There’s also something a little softer for folks needing to chill out in 2020. This spring’s Hello My Friend finds DÉ DÉ MOUSE delivering something far more relaxed, without ditching his vocal technique. Ideal for calming down a bit in difficult times!

An early example of how twinkly DÉ DÉ MOUSE’s music could get. This number hop-scotches between synth-pop, drum ‘n’ bass and fast-paced vocal interludes.

The song where all of DÉ DÉ MOUSE’s sonic ideas first came together just right. It’s also the best example of how his melodic approach to vocal samples can elevate a track.

This cut, off of DÉ DÉ MOUSE’s summer-festival themed mini-album, only works in a few traditional elements, but boasts one of the most glimmering melodies he’s ever created.

DÉ DÉ MOUSE’s return to full-fledged dance pop starts off with one of his most fun tracks to date.

The entirety of last year’s Nulife stands as a late-career highlight, but “Magic” recasts the DÉ DÉ MOUSE sound into something funky, with a slight French touch.