Dead or Alive, A Series of Battles, Bikinis, and…. Beach Volleyball? 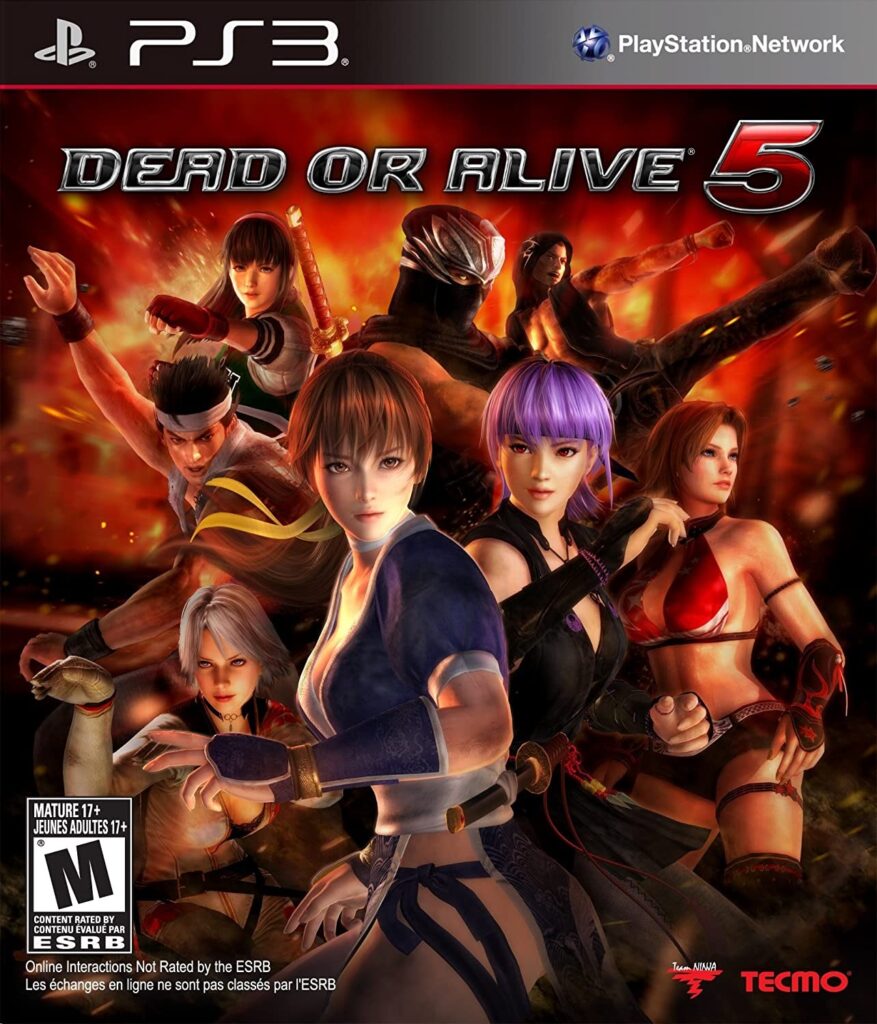 A franchise that has been around for almost twenty-five years, it’s hard to argue that Dead or Alive isn’t a success. Although it does come with its fair share of controversy, it also has incredible longevity, with multiple entries that have been released as recently as a year ago.

It’s also an extensive series, with six mainline Dead or Alive games along with eight upgraded versions as separate releases and nine spin-off games. So if you’re curious about Dead or Alive and want to dip your toe in the beachside water, here are some of the basics of the franchise.

Produced by Temco and developed by Team Ninja, Dead or Alive is a series of fighting video games that began in 1996. The series is known for its interactive 3D environments, fighting styles, graphics, and, most infamously, objectifying its female characters.

Many of the spin-offs come from the fact that Dead or Alive has so many female characters, and they are designed to be much lighter games that draw on their sex appeal.

For the most part, the series follows Kasumi and the Mugen Tenshin Ninja Clan in their growing war with the Dead or Alive Tournament Executive Committee (DOATEC) and their corrupt Head of Development, Victor Donovan.

The DOATEC runs the annual, worldwide Dead or Alive World Combat Championship tournament. However, they are also known for having abducted and experimented on people in their quest to create the ultimate fighter.

This is, of course, if the player chooses to follow story mode. The game is primarily designed as a fighter and is often played for its battle mechanics even without ever experiencing the plot.

Dead or Alive (the first one) as an arcade game does not have an extensive plot. (Although it would shortly afterward be released on the Sega Saturn, and then the Sony PlayStation.)  It mainly exists to introduce all of the main characters and why they fight in the Dead or Alive Tournament.

Kasumi, a runaway kunoichi (female ninja), enters to get revenge on her uncle, Raidou, who crippled her brother, Hayate. She does manage to fight him and win. However, the fact that she ran away from her village means that she is now a hunted fugitive in their world.

Dead or Alive 2 gets a little more into the plot. Victor Donovan is introduced, the evil head of DOATEC, and his organization has captured both Kasumi and Hayate to experiment on them. Kasumi escapes – but not before DOATEC can make a clone of her called Kasumi X – and Hayate is left in a German forest with amnesia. This is all less than a year after the first game.

Meanwhile, another tournament is being held, and Ryu Hayabusa enters hoping to destroy the evil Tengu who threatens the world’s peace and stability. Ryu tries to warn the other competitors about this year’s particular tournament, but they don’t want to listen, so he has to knock them all out to keep them safe, get to fight the evil Tengu, and win the championship.

While fighting his way through the tournament, Ryu battles Ein, who is actually just Hayate. When Ryu beats him, he manages to knock some of his old memories back into him.

Dead or Alive 3 takes place shortly after its predecessor. DOATEC’s main scientific efforts, known as the Omega Project, is finally complete, and Donovan has finally created a superhuman fighter. The man they used was originally Genra, the head of the ninja in the Mugen Tenshin clan. But he is no longer human, he is instead a superhuman called Omega.

DOATEC announces a third Dead or Alive Championship to test his skills, and Hayate, Ayane, and Ryu all enter to defeat him. They argue over who should do it, and eventually, Ayane is the one who fights him as she was Genra’s foster daughter. She kills him to put him out of his misery.

Also during Dead or Alive 3, Donovan takes Helena Douglas hostage. She has ties to the original DOATEC, and although she was introduced in Dead or Alive 2, we don’t really get to hear a lot of her backstory until…

Dead or Alive 4, where she is the main protagonist. Helena’s parents had been killed by assassins related to the DOATEC, and she is determined to get in, become the chairman of the organization, and root out the corruption from within. Meanwhile, Donovan is perfecting his new human weapon from Kasumi’s DNA, Alpha-152.

After Ayane defeated Genra, Hayate became the leader of the Mugen Tenshin clan, and he wants revenge. So he, Ayane, Ryu, and Kasumi, along with other ninjas from the clan, decide to attack the DOATEC headquarters. Other competitors get involved as well, and they all begin to burn the headquarters to the ground.

Helena is willing to let this happen, even though she is nominally in charge because she will do anything to get rid of Donovan and his Alpha-152. In the catastrophe, she also finds the woman who killed her parents and fights her. Helena finally tries to kill herself but is saved at the last minute by Zack, one of the competitors.

Two in-game years later, we have Dead or Alive 5. Helena is fully in charge of the DOATEC and wants to use the organization for good. She puts on the fifth Dead or Alive Tournament to showcase that to the world, and she is still on the lookout for Donovan or any of his supporters.

Donovan, however, has created a new organization called MIST to continue his work. He says that his project is almost ready to move on to the next stage, Phase Four. He recruits some of his own allies and lures Hayate, Ryu, Ayane, and Kasumi to his new lab using Alpha-152 clones of Kasumi.

The four of them have to defeat the clones and destroy Donovan’s lab. They manage to do it, and part ways peacefully once again, and Kasumi walks away determined to take down Donovan once and for all. However, Donovan’s allies were able to get DNA samples of all of the fighters, meaning that his project is ready to go into Phase Four.

That brings us to Dead or Alive 6, which is particularly plot-light. DOATEC is holding another Dead or Alive Tournament, and MIST is after one of the new competitors, forcing Kasumi and everyone else to keep an eye on her.

MIST is still working to create its superhuman clones, so Kasumi and the team have to work together to defeat them and destroy the ones they’ve made – this time, of Kasumi’s uncle Raidou – since their last battle.

The main protagonist characters in the series are Kasumi, Ayane, Hayate, Ryu Hayabusa, and Helena Douglas.

The main antagonist characters are Victor Donovan, Christie, Rig, and all of the clones, including Kasumi X and Alpha-152.

The primary recurring competitor characters are Zack, Tina Armstrong, Bass Armstrong, Bayman, Jann Lee, Leifang, and Gen Fu. Many other characters come up throughout the six games multiple times as well, though. 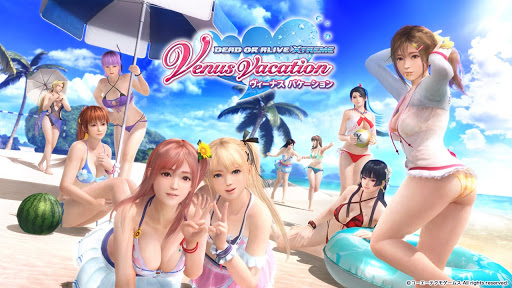 Someone who is new to the Dead or Alive franchise could be forgiven for being confused when searching for information about Dead or Alive 5. After all, there are four different versions of it!

Finally, in 2015, the last version of Dead or Alive 5 was released for the PlayStation 3, PlayStation 4, Xbox 360, Xbox One, Microsoft Windows, and arcades called Dead or Alive 5 Last Round. It includes two additional characters and upgrades the graphics to look better on the new consoles.

The PlayStation 4 version of the game includes the Soft Engine 2.0, which allows for greater realism in wet clothing, deformation, and “breast physics.”

Although it has never been released in North America, it was translated into a few different languages for a broader Asian release in 2019, including English. The truly determined fan, or one who isn’t based in the North American region, will still be able to play it.

Similarly to the other games in the Xtreme spin-off series, Dead or Alive Xtreme Venus Vacation is a sports-based game focusing primarily on beach volleyball. However, unlike its predecessors, it does not have a two-week time limit, and most of the girls have to be unlocked in order for the user to play as them instead of as the Owner.

If you’ve read the article up until here, or even just looked at the images, you’ll notice that Dead or Alive is not necessarily the most feminist video game franchise out there. One of the most distinctive features of the series, both in the Xtreme spin-offs and in the mainline, is the skimpy outfits all of the female characters wear.

Team Ninja has been called out for this multiple times before, which led to the primary outfits for the female characters in Dead or Alive 6 covering significantly more skin than any of the previous games. However, those are just the starter outfits, and others can be unlocked that are little more than bikinis.

Additionally, as mentioned in the Dead or Alive Xtreme 3 Scarlet section, Dead or Alive implements heavy use of “breast physics” in which a female character’s breasts jiggle in an exaggerated way whenever she moves, despite its lack of realism.

Although this has been a recurring criticism throughout the series, considering the content of the Xtreme spin-offs, it becomes clear that, for Dead or Alive’s specific set of fans, it is also often a selling point.

Dead or Alive as a franchise is very clearly not for everyone. But if you’re aware of what you’re getting into, then it is at least known for fulfilling every one of its promises. You’ll get to fight people and see mostly naked chicks. And hey, if that’s what you want, then you’ve definitely found it in Dead or Alive.

I Tried Koei Tecmo’s VR Sense, and it Could be the Future