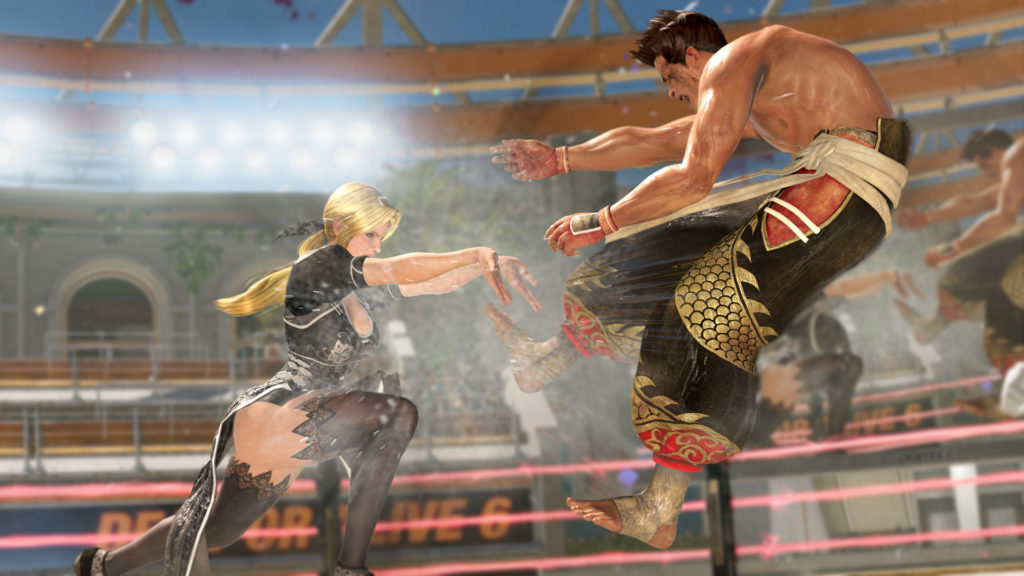 ‘We toned down the sexual content,’ exclaimed the developers upon the announcement of Dead or Alive 6. That was one of the overriding messages the developers wanted to make very clear upon the game’s unveiling last, after understandable concerns had been raised about the way the previous entries in the series had always objectified its female cast members. The thing is… little that they have shown off about the game actually suggests that this was going to be the case. A stage show for Dead or Alive 6 hosted by Team Ninja at Evo Japan and streamed on Twitch showed that the objectification of its female stars was alive and well, with the show actually being cut short due to the sexual content on display.

The thing is, it would have been perhaps ok in the eyes of the organisers had they strictly shown gameplay for this new title in the Dead or Alive series, even if there have been concerns raised about the game by a variety of people. The issue that caught the attention of the organisers and caused the event to be cut short, however, was the ways in which Team Ninja was displaying this content. Early into the stage show, gravure idols Yuka Karamochi and Saki Yoshida were shown to be spanking each other and drawing attention to their bouncing breasts during a short talk segment.

A short time later while showing off gameplay of the title, Yohei Shimbori, the game’s producer and director, paused the game during a battle in order to zoom the camera in on a female character in an exposed position. Without going into too much detail (I would say that the clip speaks for itself), the clip shows Bass and female fighter Nyotengu engaged in a wrestling move that looks rather suggestive. The developers wanted to make sure you didn’t miss that…

A since-deleted tweet by the event’s organiser stated that:

We ended the stream temporarily to protect the integrity of the brand. We sincerely apologize to our fans.

Once the stream returned, an on-stream apology was also given.

Suffice to say, organisers were not too impressed by this Dead or Alive showing, and it stands in stark contrast to the company’s intense efforts to swat away the notion that their game is not objectifying its female characters. Considering this news is a complete contradiction to the company’s promotional push for the game, it would stand to reason that this controversy could potentially have an impact on sales. Whether that will be the case or not is a mystery, however, and won’t really be known until the game’s release on March 1st for Playstation 4, Xbox One and PC.