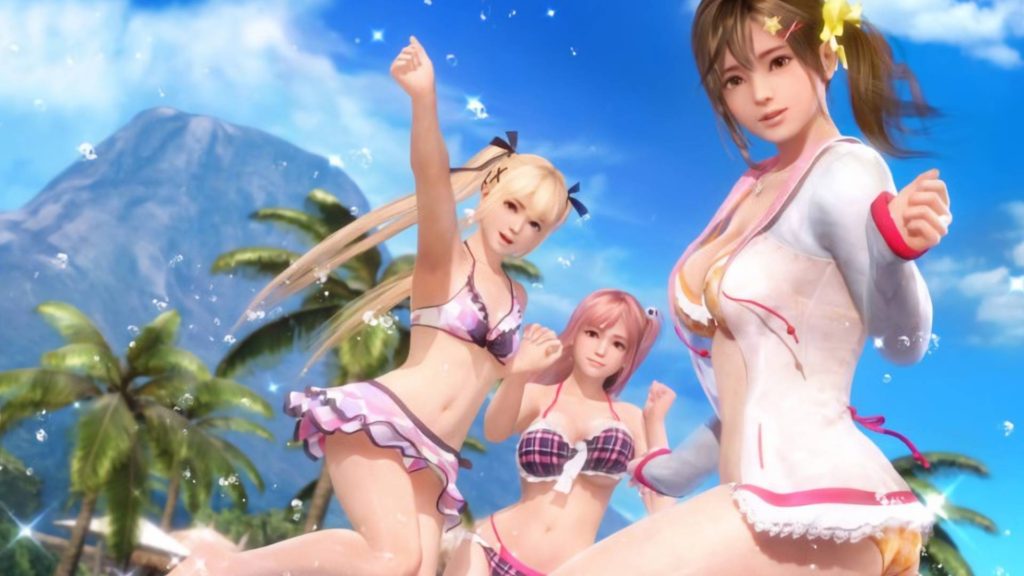 The long-running Dead or Alive franchise has seen a myriad of titles on a variety of platforms since the original game was released all the way back in 1996, and this weekend saw the announcement of the latest spinoff title in the ‘Dead or Alive Xtreme’ sub-series, Xtreme 3 Scarlet. This will be an enhanced version of the original versions of this game, subtitled Fortune and Venus Vacation and released in 2016 for the PS4 and PS Vita respectively.

This new version of Xtreme 3 will bring new characters, including Misaki from the PC version of the game, Venus Vacation, alongside others who are yet-to-be-announced, adjustments to the various game modes and a special ‘Soft 4D’ feature exclusively for Nintendo Switch. This ‘Soft 4D’ feature will enhance the Soft Engine (a feature of the series that defines the skin and, errr, the way the breasts move) using HD Rumble. The game will be released on both Nintendo Switch and PlayStation 4.

This spinoff series has had its fair share of controversy over the years due to its sexualized nature, with the game diverging from its fighting game roots to engage in a fanservice-laden volleyball game involving the female characters of the series in a variety of revealing swimsuits. Yet in spite of this, it can’t be denied that these games are popular with the hardcore fans of the series who’ll be excited to pick this up.

Which version they will buy, however, may be a more difficult decision for them. With the official website for the game now online, details of the differences between the PlayStation 4 and Nintendo Switch versions were unveiled, with some features being downgraded on the PS4. Although PS4 will have an exclusive VR mode that utilizes PlayStation VR, the PS4 version will remove the ‘Jet Black Fan’, the ‘Gold Fan’ and the ‘Softening Gel’. Each will be available as normal on Switch and each has their own abilities. The Black Fan and Gold Fan would blow gusts of wind at the characters, potentially making their clothing more revealing, while the Softening Gel would, well, make the breasts move about more.

Obviously, the game isn’t for everyone (and it probably isn’t a game I’ll be clamoring for) but if you’re interested in it, the title will be available on March 20, 2019, for a retail price of 7,800 yen or in a special collector’s edition variant for 12,800 yen. If you aren’t, well, at least you’ll be receiving a new mainline fighting game in the series, Dead or Alive 6, one month before this releases, on February 15, 2019. Further details on the upcoming Dead or Alive: Xtreme 3 Scarlet can be found via the game’s official website.