Death Come True Not Quite A Dream Come True 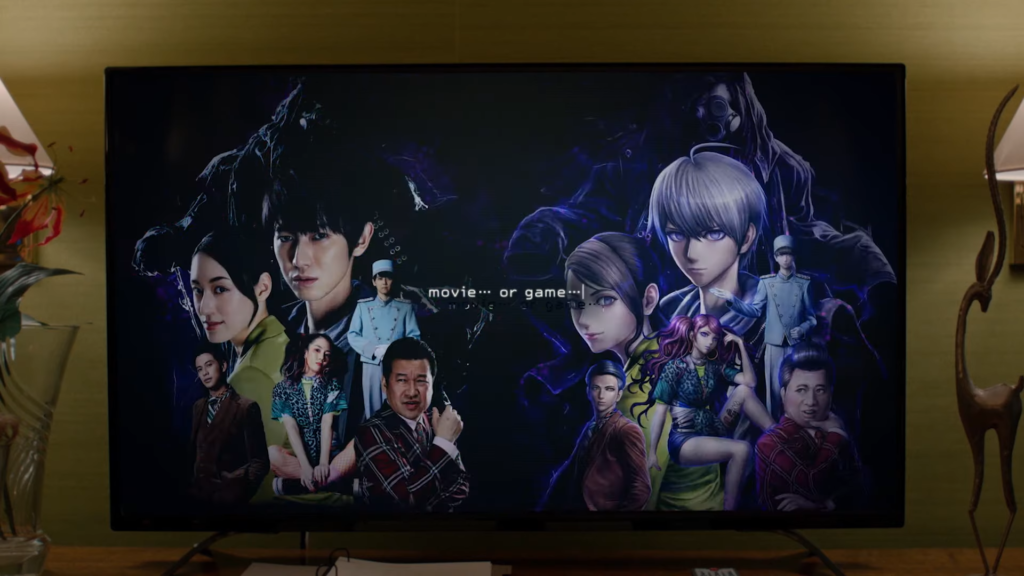 When a creator is known for a landmark series spanning many years, it can be hard for the creator to meet expectations and for fans to wholely embrace something new by them.  It’s happened a number of times recently, like with Hideo Kojima’s Death Stranding. Whatever problems that game had, plenty immediately put it down after they realized it wasn’t Metal Geary enough. Of course with these situations,  it’s impossible for an artist to create their best work each and every time they put something out. Unfortunately, Kazutaka Kodaka, the genius behind the cult hit Dangan Ronpa franchise, missed the mark with Death Come True.

Death Come True marks Kazutaka Kodaka’s first realized effort with his new studio Too Kyo Games. After 2017’s New Dangan Ronpa V3 died down, Kodaka announced his departure from Spike Chunsoft to establish Too Kyo to pursue a number of different efforts. Tapping quintessential Dangan Ronpa illustrator Rui Komatsuzaki for these projects, like their original Akudama Drive anime coming this October and the ‘Extreme Baseball Duel’ game Tribe Nine coming out who knows when, Kodaka’s trying to do new things albeit with some familiar presentation. It’s like he’s telling the fans No, this isn’t Danga Ronpa but it’ll be okay. Realistically though, he may have spread himself a little too then if Death Come True is any indication.

By no means is Death Come True a bad game, though you’d barely call it a game. On the contrary, it’s an ambitious FMV experiment the likes of which we practically never see anymore. FMV meaning Full Motion Video, the entire experience was prerendered or in this case pre-filmed. Truthfully, the game is a choose your own path visual novelesque video adventure not unlike the Bandersnatch episode of Black Mirror on Netflix. These types of games used to be a lot more common, and Spike Chunsoft, where Kodaka developed Dangan Ronpam released one of the best ever made in the form of the Shibuya 428 back in the day.

Death Come True has you assuming the role of Makoto Kanaki, played by a prolific Kanata Hogo, a supposed serial killer with amnesia who wakes up in a hotel room without any memories. In that same room is Akane Sachimura, depicted by Chiaki Kuriyama of Kill Bill and Battle Royal fame, tied up in the bathroom. Together, the two try to figure out what the hell’s going on in this mystery hotel, at least in the timelines where Kanaki can persuade Sachimura to not immediately arrest him. See the catch here is every time Makoto Kanaki dies time restarts some, and the player must choose the correct choices and find out new information leading them to the truth.

On a technical level, Death Come True presents itself very well. The whole thing’s as well shot and edited as any competent major film, and whatever CG is used looks pretty good for Japanese live-action standards. Kanata Hogo does a convincing job playing a character with no idea what the heck’s going on. About a quarter of the time he’s making a half confused half wincing face, that’s rather appropriate for someone in his situation. Akane Sachimura even more so, it’s an actual treat to see Chiaki Kuriyama play a serious role so far removed from how western audiences might remember her. The smaller roles in the game add some needed charm to the thing as well.

To put it simply though, it seems like all the creativity and ambition went towards the production and not the writing. For Kazutaka Kodaka standards, Death Come True is rather dull both in terms of its mystery to be found chasing one death scene after the next and in terms of the characters. I respect Kodaka for trying something new and also something more restrained than Dangan Ronpa, but none of it’s going to stick with you. All the twists and turns are so predictably played out and the two main characters, despite being well-acted, are so by the books it’s difficult to get excited about any of it. If this was a movie and not a film broken up by some arbitrary visual novel elements, we doubt anyone would watch it a second time. The best scenes in the game are it’s comic relief routes, which you’ll miss if you always choose the correct answers.

All in all, Death Come True wasn’t not worth playing but I don’t know that the 2-hour experience was worth the 18 bucks. Kazutaka Kodaka didn’t bring his A-Game to the script and for someone known for his writing, it’s a real bummer. I’m still quite excited for what’s happening next in the world of Too Kyo Games, which would be October’s Akudama Drive anime. If you did play Death Come True and either liked it or was intrigued but wanted something better, once again we recommend Shibuya 428.

You can play Death Come True on the Nintendo Switch and on your phone, and it’s supposedly coming