What Is Death Note? A Guide to a Once-in-a-Generation Anime Series 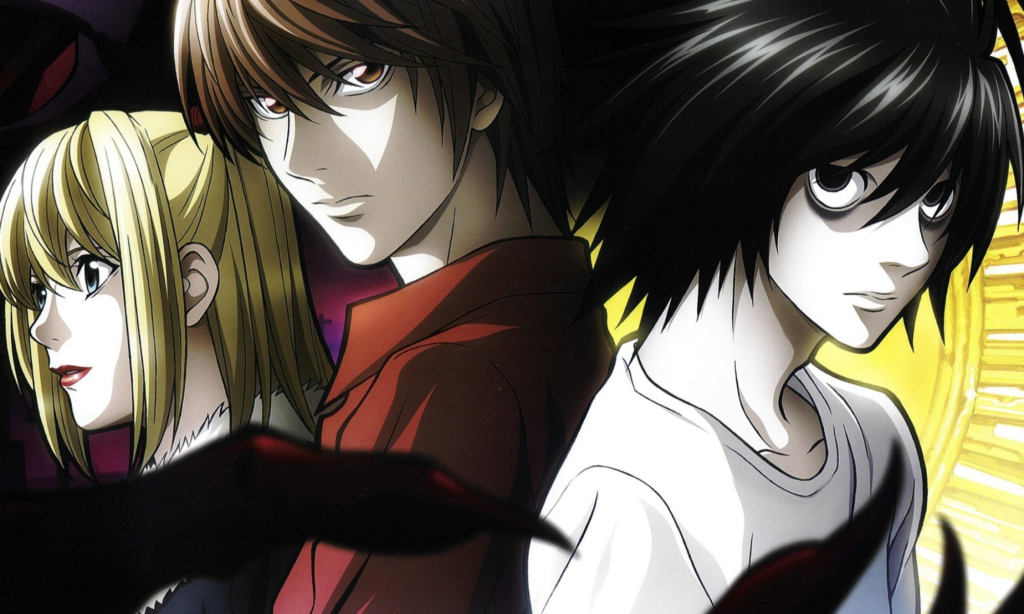 It’s not often we get a phenomenon like Death Note on our hands. Sure, shows like Dragon Ball and Naruto were more popular and longer-lasting, but those legacy series have mass appeal built right into it. Also originally coming from the pages of Weekly Shonen Jump, Death Note could be considered their younger brother, but you wouldn’t know it.

The dark and meditative title came out and the exact right time for the Toonami generation, those who grew up watching Inuyasha and Dragon Ball Z, to have something meatier to sink their teeth into. All it took was lots of mental gymnastics that ingeniously applies shonen fighting logic to battle of the mind, and fans went crazy for this show in a way they rarely do.

Coupling intellectual shenanigans with gothic style was a perfect formula for the millions of hot topic shoppers in the mid-2000s. You even had #TeamL and #TeamKira.

Which side were you on? 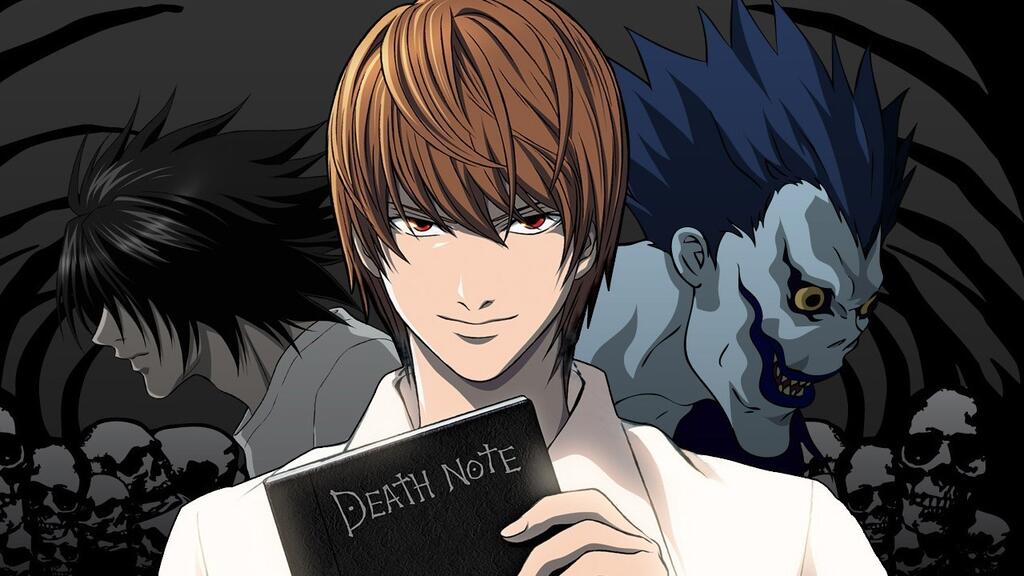 It All Started With the Original Death Note Manga

At this point, you all know what Death Note is so we won’t spend too much time recapping it. A bored high schooler, Light, finds a notebook that gives him the power to kill and starts executing criminals en masse. The world’s greatest detective, L, starts honing in on him.

The enigmatic author Tsugumi Ohba and Hikaru No Go artist Takeshi Obata could not have known just how gigantic and international their series would be. For all we know, they might have been worried their comic would have been too much for the Shonen Jump audience when they launched it in December 2003.

But to everyone’s surprise, it became one of the defining titles of the 2000s. One of those rare series with crossover appeal that, in the United States and Japan alike, saw readership and viewership outside of just the otaku contingency.

Smartly, they kept the original work down to a short and sweet 12 volumes, making sure the series wouldn’t overstay its welcome. Ohba and Obata knew they couldn’t keep that kind of story going forever. Too much and the story would have gotten repetitive and its mysterious edge would have dissipated.

With just the right amount of everything though, they had something iconic on their hands: Tsugumi Ohba came up with a story that had never been done, certainly not in the pages of Jump. It was a story that teens and adults alike could sink their teeth into. Obata changed up his art from Hikaru No Go, employing heavier swaths of ink and indulging a broody edging aesthetic to give the comic its signature visual flavor. With the perfect raw ingredients, the duo cooked up something legendary.

Where Can I Read Death Note?

The Death Note Anime Pushed the Series to New Heights

Knowing how much of a success the Death Note manga was, the powers that be knew an anime adaptation could either launch the franchise to greater highs or stop it dead in its tracks. MADHOUSE stepped up to the plate to animate Death Note and it ended up great.

The studio had a strong reputation, with works like Black Lagoon, Perfect Blue, and Boogiepop Phantom under their belt and they knew how to amp up Death Note to 11. Especially with a plot-heavy fan favorite like this, changing the story or characters wasn’t an option.

So what touch did the anime add? Emphasis. When Light would write names in his death note, streams of color would dissipate from his pen for added visual flair. Everyday actions, like taking a potato chip and eating it, were depicted as momentous events. In addition to being an intriguing and impactful watch, MADHOUSE made it a fun one.

Where Can I Watch Death Note?

Before Hollywood put their hands on the Death Note franchise, Japan knocked out a duo of Death Note movies that did the original some justice. Leading the cast were Battle Royale star Tatsuya Fujiwara as Light and Ken’ichi Matsuyama as L.

Fans really loved Ken’ichi Matsuyama’s performance as the weirdo detective and the films solidified his career as one of Japan’s biggest actors. They even gave him a spin-off film called L: change the worLd where you can see him hanging off an airplane.

Obviously these films don’t follow the same exact story, but arguably the spirit of the original work is still there. At least, comparatively… 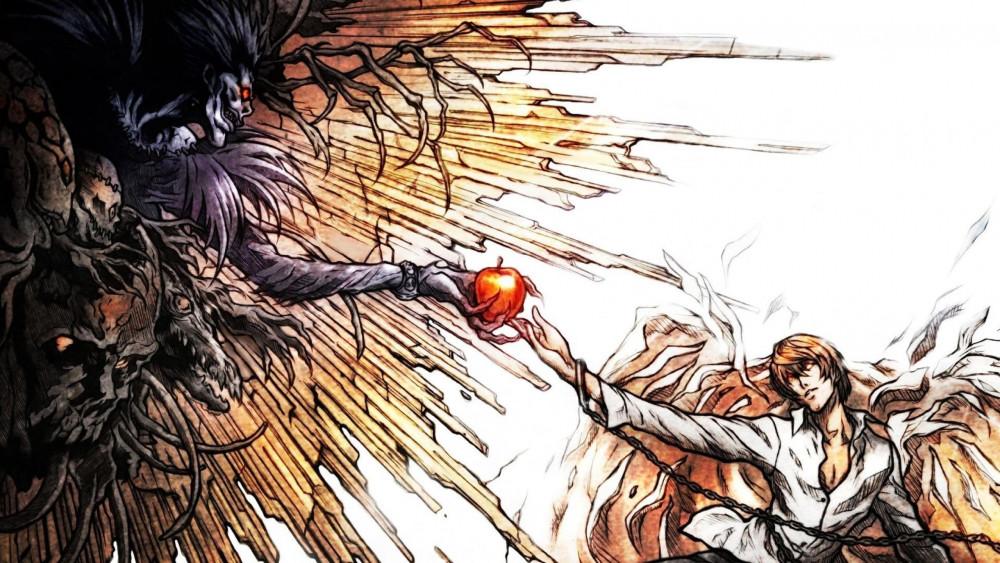 The Netflix Death Note Film Pissed a Lot Of People Off

Continuing the tradition of absolutely useless and hacked up Hollywood adaptations of anime came the 2017 Netflix Death Note movies. A surprise to many, considering it came out a decade after the series, rumors of a Hollywood production were floating around for years.

When they finally cultivated a real film, viewers weren’t happy. You had your white-washing. You had a drastic plot and character changes. You had gore not present in the manga or anime. While we don’t disagree with the general perception of the film, we would like to add one small caveat: Lakeith Stanfield made for a great L. We enjoyed seeing the more emotional take on the character.

Where Can I watch the Death Note Film?

You can watch the Death Note film on Netflix.

Who Are the Death Note Characters?

Any series lives or dies by its cast, but fans really loved the Death Note squad. They were perhaps the number one set of characters people cosplayed in the 2000s, because they were easy to cosplay and that the series was just a behemoth in terms of popularity.

Of course, the amount of fan-art you can still find of the series in places like Pixiv and Deviantart is massive, a testament to the series’ longevity as new fans continue to get into it through word of mouth. Here’s a brief look at the makers and shakers of Death Note.

Kira himself. Light Yagami starts out as a normal high school, bored because he’s a bit too smart and entitled for his own good. Son of a police officer, he does have an innate sense of justice that’s pushed to its logical conclusion when he finds a Death Note on the ground.

Within days, he begins murdering criminals by the dozen and within weeks he aims to become something like a god. Being a super genius himself, he’s maybe the only person in the world who put up a good fight against the world’s greatest detective. 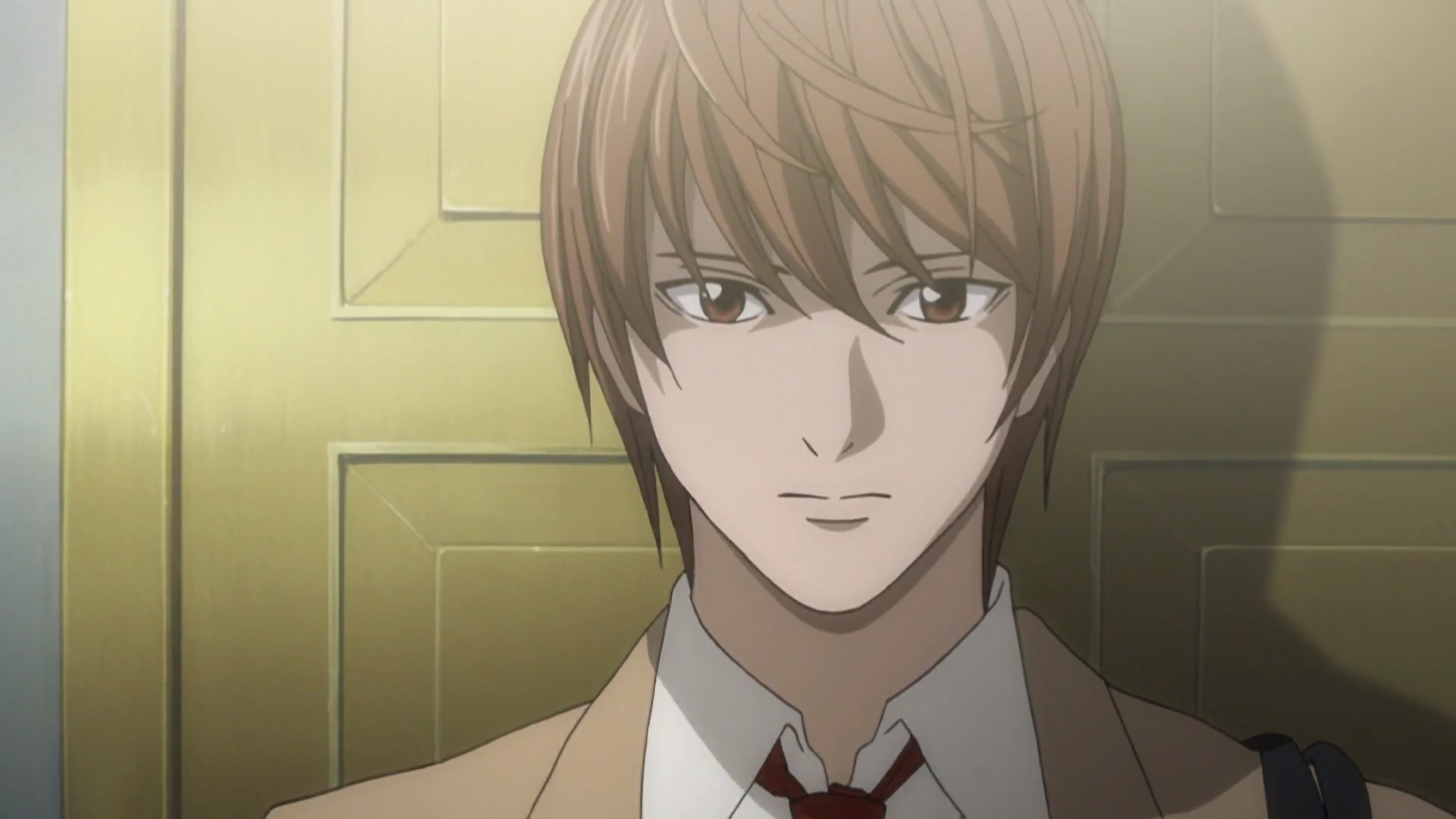 Nobody knows who L is or what he looks like. When employed, he’s always contacted through an intermediary. In actuality, L is just a quirky guy who loves his treats and uses his massive IQ for good. L gets the jump on Kira early on into the series and the resulting battle between the two of them is one of anime’s greatest rivalries. Despite being so smart, L can’t act like a normal human being to save his life, a quality that gives him a lot of personality. 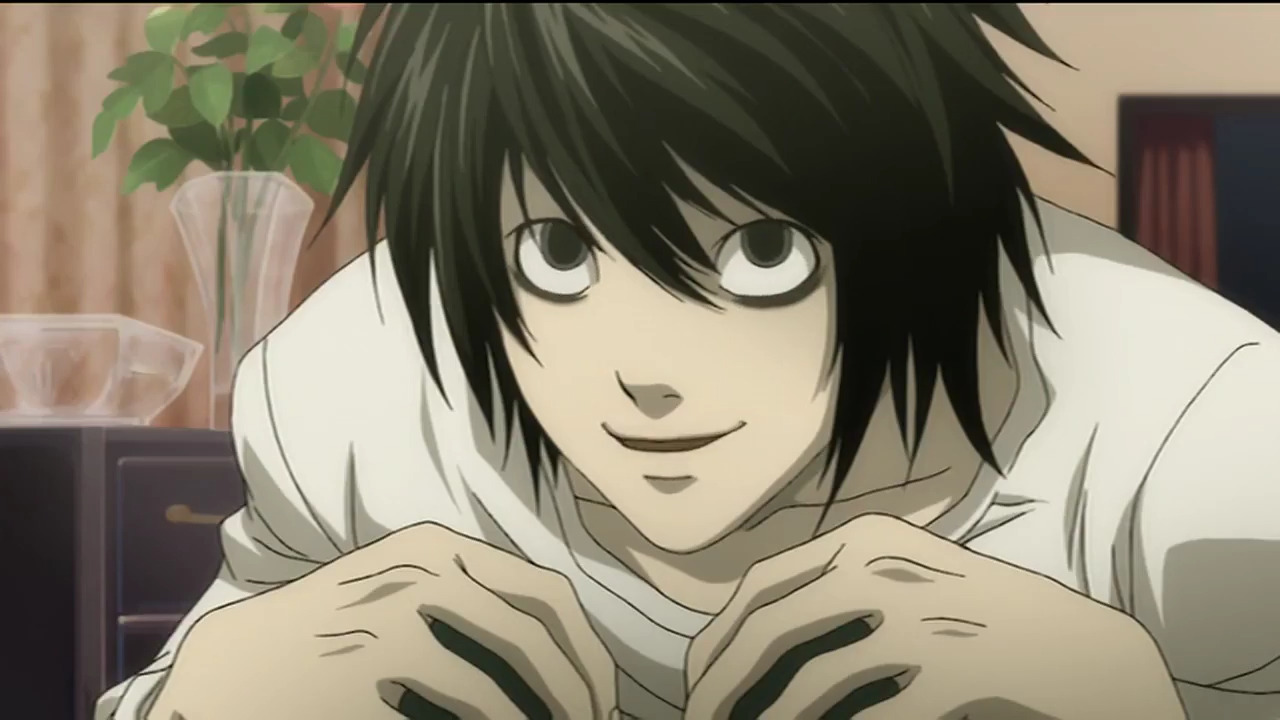 The second Kira, Misa gets her hands on her own Death Note which she uses to find and aid Light Yagami. She was a Kira worshipper who fell in love with Light after meeting him. She’s willing to put herself in danger for Light / Kira’s sake without a second thought, more than once making decisions that compromise her life span. You shouldn’t be surprised to hear that she has a tragic past that explains why she so passionately believes in Kira’s mission. 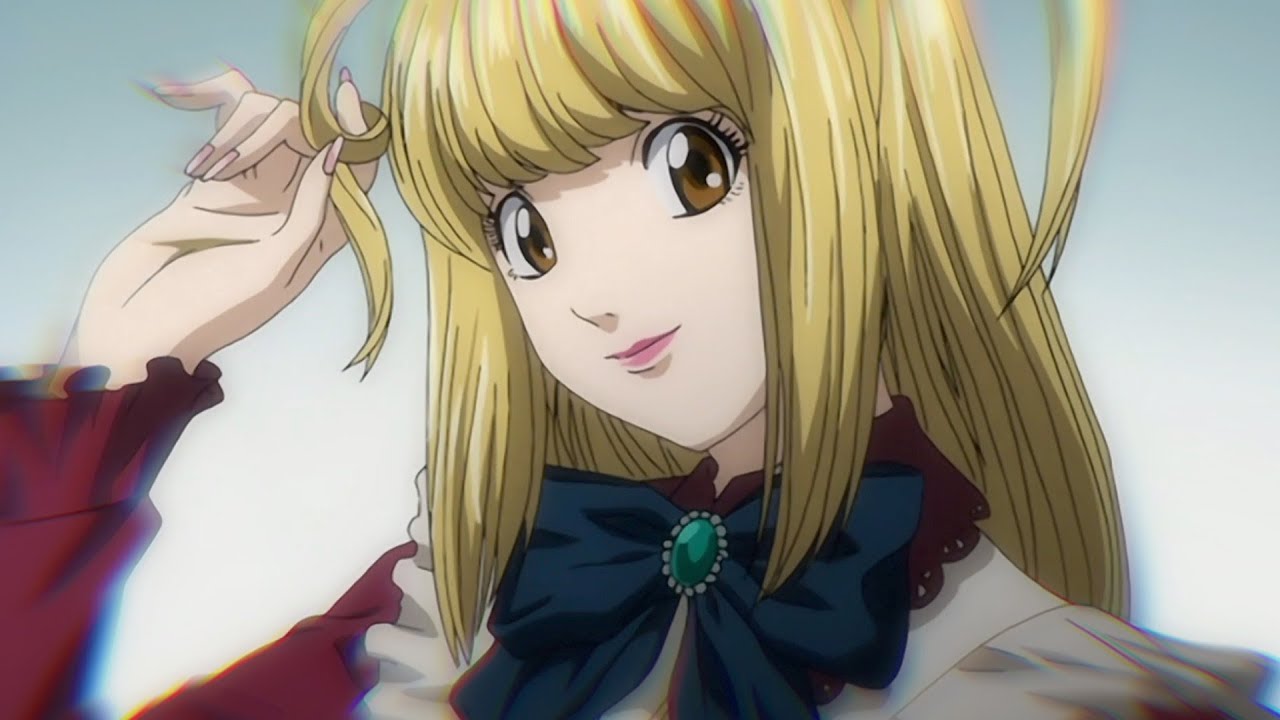 The shinigami, or Death God, who dropped his notebook on Earth for kicks. While all the shinigami are supposed to be impartial, Ryuk really does not care who wins or loses as long as he’s entertained. He’s willing to help out Light in as far as sometimes letting him know how the death note works but he can’t be counted on. Basically, he’s an apple-loving freeloader from another dimension with the power to kill with a thought. Pleasant company, we’re sure. 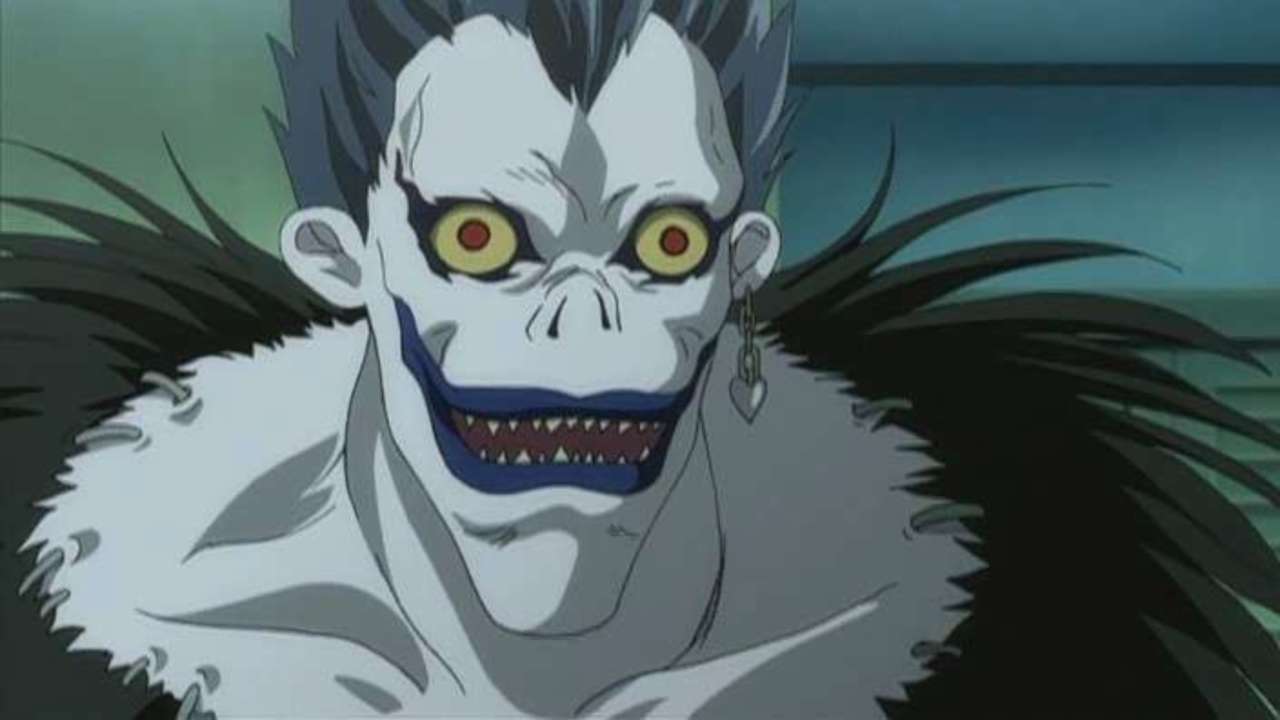 A little genius who came from the same place of origin as L. Near’s something of a successor to L, and honestly they’re a lot alike. Peculiar in pretty similar ways and they both have a sweet tooth.

One key difference between L and Near is integrity: Near is more than willing to play dirty to get the results he’s chasing after, and in key moments that willingness is a great help. Some fans have said he’s too similar to L, but he has a lot less likeable and endearing personality, which we think makes him likable in turn. 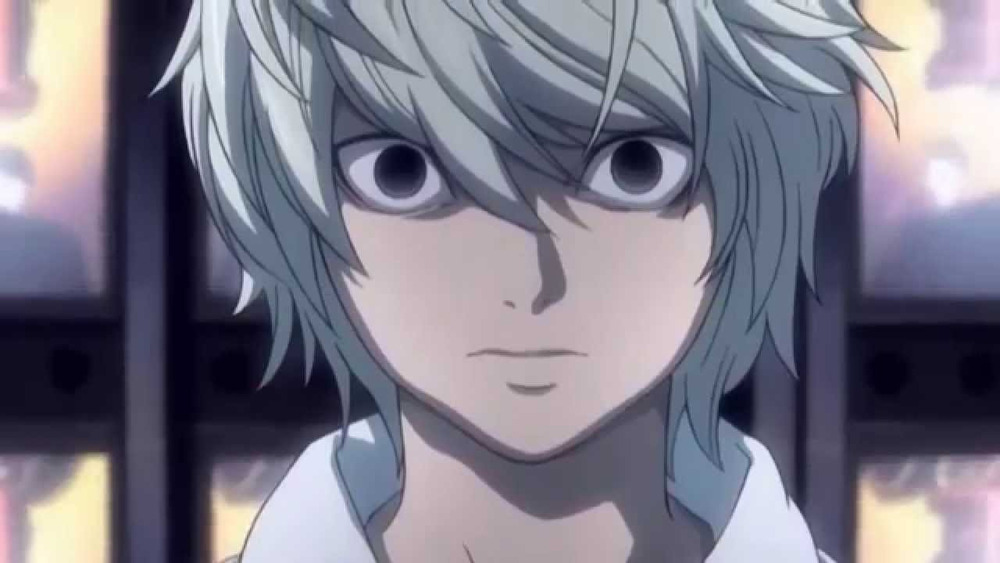 The ‘cool’ one, so to speak. Maybe his sleek leather boots and the skin-tight black fit are overcompensating for something. Mello suffers from a rather big inferiority complex because despite being a genius compared to 99.99% of the human population he’s not quite on the level of L or Near. He makes up for the slight decrease in IQ with daringness, and unpredictability. He causes and gets into a lot of trouble throughout the second half of the series. 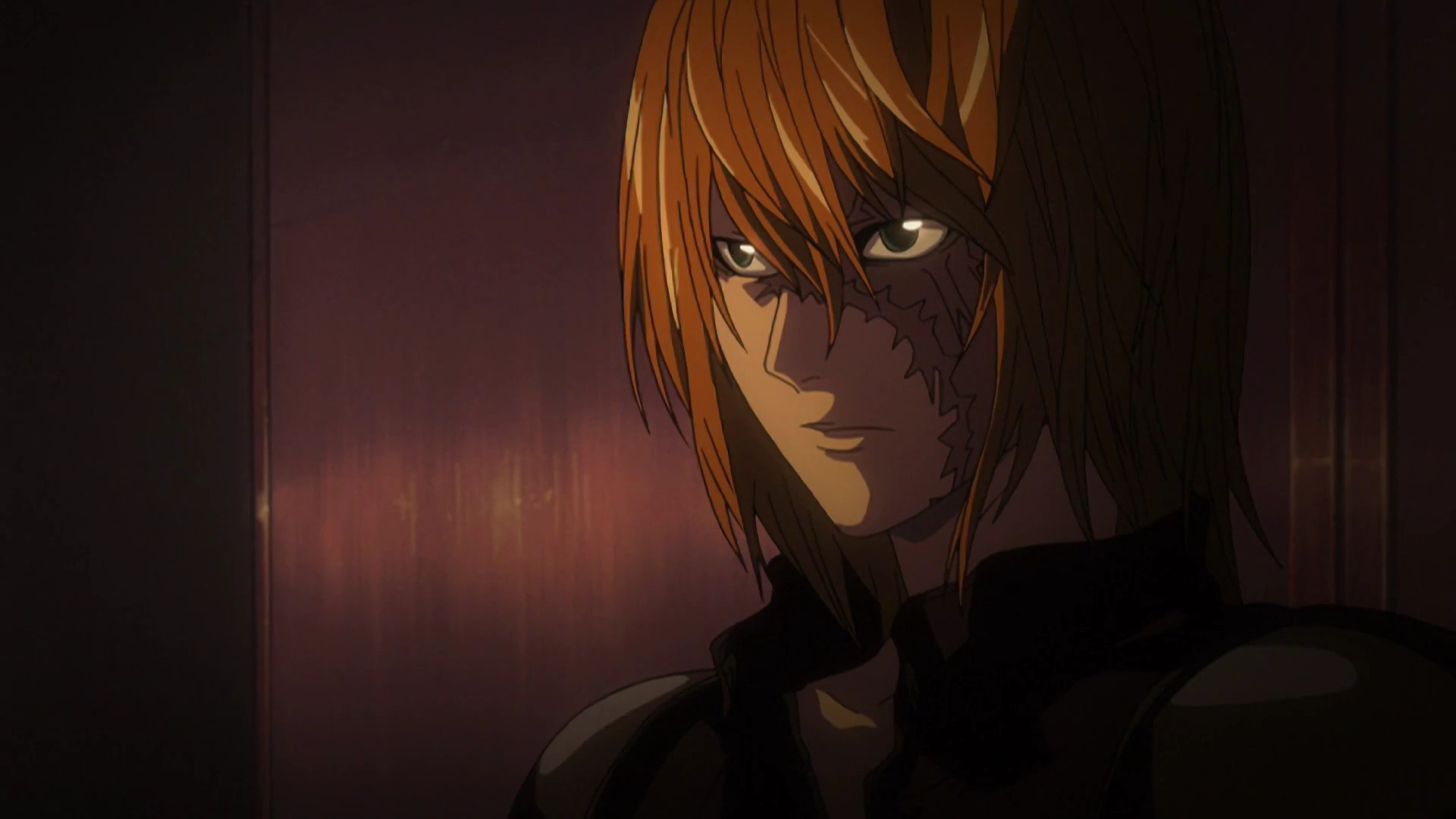