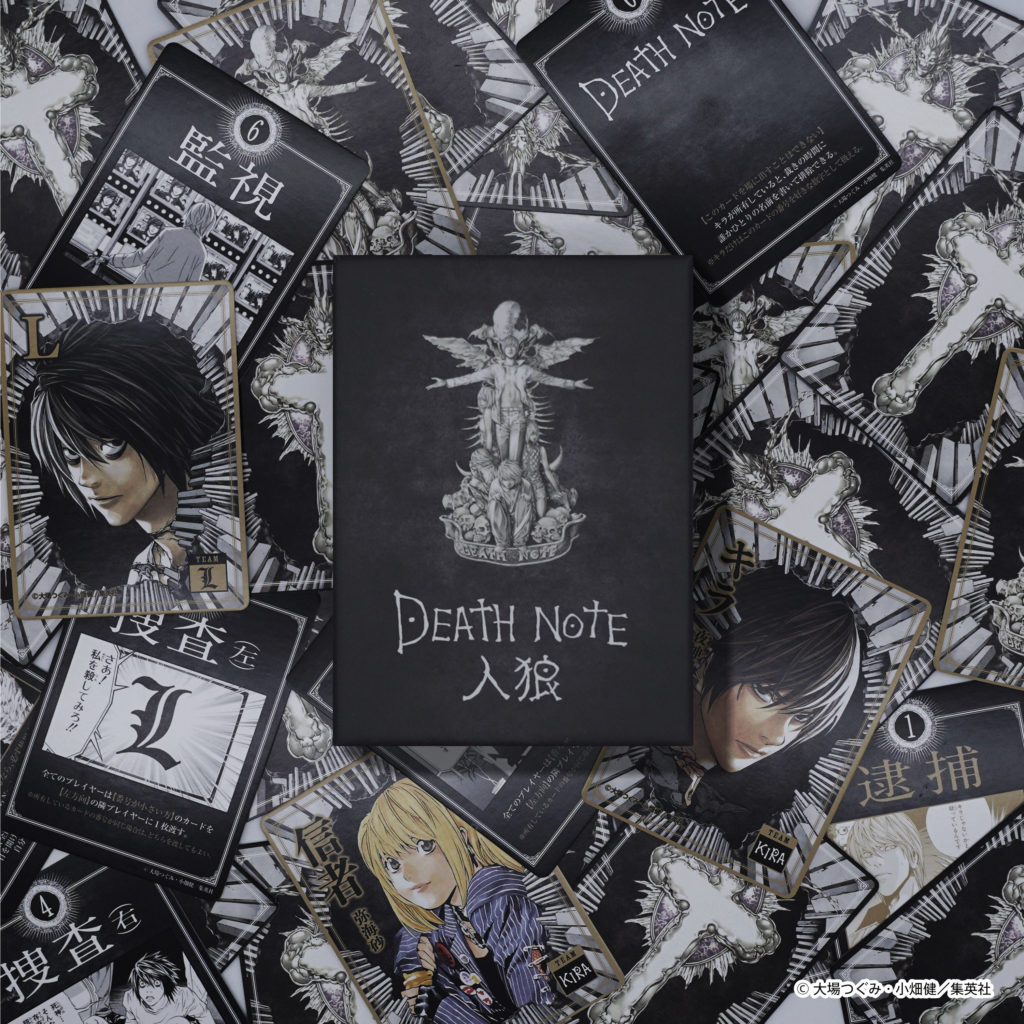 If you’ve ever played such ‘social deduction’ board games as ‘Coup’ or ‘Secret Hitler,’ then the idea of a social deduction board game based on Tsugumi Ohba and Takeshi Obata’s Death Note is surely an exciting one.

‘Death Note Jinrou (Werewolf)’ is the latest collaboration board game from Chocolate Games, who both manufacture board games and make YouTube videos about them.

The game follows the same formula as many other existing ‘social deduction’ board games out there, but with a Death Note twist. Players are first assigned to two teams – the ‘L’ team and the ‘Kira’ team – depending on which ‘True Identity’ card they are dealt, which include L and Light Yagami themselves, as well as Kira’s ‘disciples’ and the police.

10 item cards are then distributed at random to players, including the ‘Death Note’ and ‘Arrest’ cards that Kira and L must use respectively to attain victory.

Things won’t be that easy, however. Players have no idea which ‘True Identity’ card the other players hold, meaning that a ‘Kira’ player could very well pass himself off as ‘L,’ getting his hand on the Death Note in the process. You’ll need to use the item card’s abilities, as well as your deduction skills, to prevail.

Anyone who’s played other board games of this ilk, especially the aforementioned ‘Secret Hitler,’ will no doubt find themselves right at home with ‘Death Note Jinrou.’ Fans of Tsugumi Ohba and Takeshi Obata’s series will also no doubt enjoy Chocolate Games’ fresh twist on the genre.

That being said, this isn’t the first time that Chocolate Games have created a board game based on a beloved pop culture franchise. In fact, navigating to their online shop will reveal their last collaboration with none other than legendary mangaka Asano Inio, which comes in the form of a ‘Speed Shirotori’ card game. It’s pretty bizarre.

Still, this just proves that the Death Note board game is in good hands. If you’re a fan of board games and Death Note like me, then don’t hesitate to pick this one up via the official website. While you’re here, how about checking out the Metal Gear Solid board game as well?

Edit: The Death Note board game is actually based on the classic ‘Werewolf’ ruleset, which predates ‘Secret Hitler.’