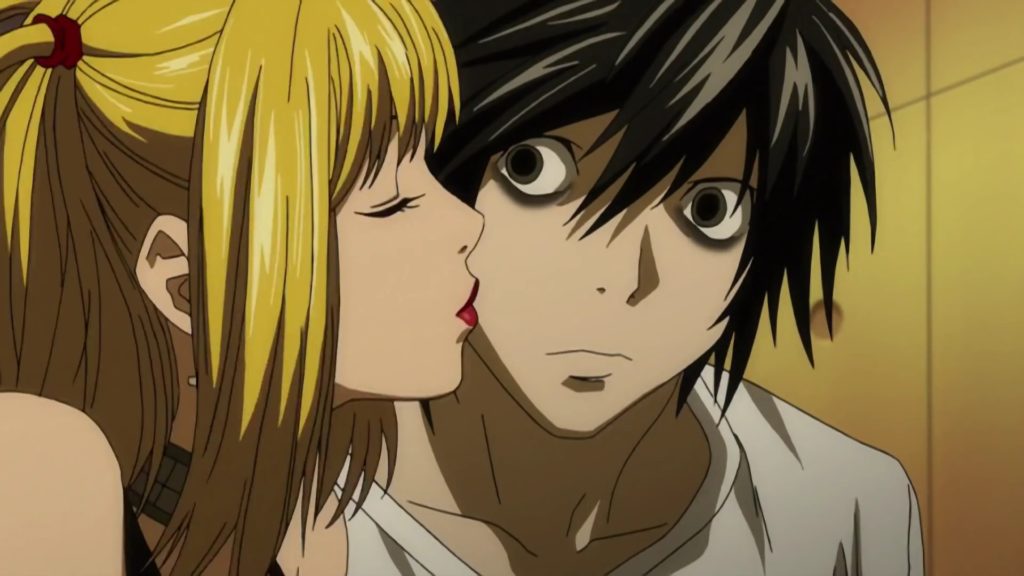 On some level, Death Note has never truly left the culture. Despite being over 15 years old now, I’m sure each and every one of us can remember our first time reading or watching it, and how feverishly we were all either Team Light or Team L. While it was short a series, it left such an impact on the world that even as recently as last week, you have stand up comedians reacting to the anime on the official Netflix India YouTube page. Something of a forever mainstay, the series keeps finding new ways to eat into your paycheck. This time its wine. 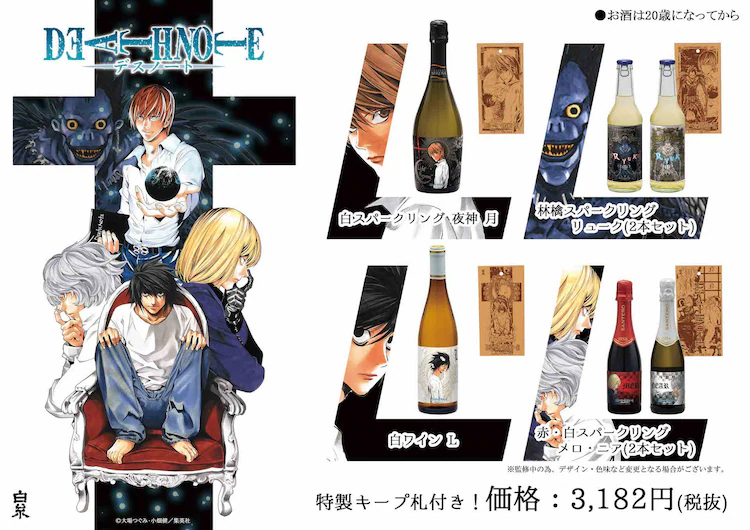 These limited run batches of Death Note themed bottles of wine come courtesy of Sake Shiraito, who’ve seen fit to give all the major characters their own variety. Well, except Misa Misa that is. Inside the Light Yagami bottle, you’ll find sparkling white wine, whereas his arch-nemesis L is labeled onto a bottle regular white. True to his character, Ryuk’s representing an apple sparkling drink coming in two smaller bottles. Finally, you have Mello and Near, which also come in a two-pack with one red and one white sparkling wine. After-tax, they’ll retail for about 3500 yen.

This sure isn’t the first time Japanese marketers figured out throwing anime characters on bottles of booze. Just a couple days ago, we covered Yakuza Sake and in the past Devilman Whiskey has been quite a hit. However, it’s not usually wine that gets the anime merchandising treatment so we give Shueisha some credit for doing something different. I guess they did something different already when they saw fit to greenlight the Netflix Death Note movie that, at the very least, had more going for it than the live-action Ghost In The Shell. If you’ll excuse us, it’s been a hell of a few months and we’re going to grab some of that Sparkling Ryuk to take the load off.